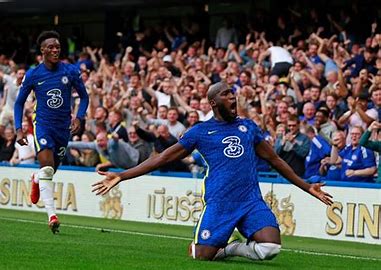 Romelu Lukaku proved his worth once again by netting a brilliant winner for Chelsea in their 1-0 victory over Zenit St Petersburg in the Champions League.

Starting their defence of the trophy, the Blues were made to fight for three points against the stubborn Russian champions.

The win came courtesy of their £98 million summer signing, who netted his fourth goal in as many games since returning to Stamford Bridge.

After 69 minutes without a chance, Cesar Azpilicueta tossed the ball into the box, and Lukaku converted a stunning header.

“Lukaku rises majestically, leaps beautifully and then powers that past the goalkeeper,” former Chelsea striker Andy Townsend said on commentary.

“Sometimes you’ve just got to take a chance and put it in there. Chelsea have been trying to find a solution and trying to pass, pass, pass. Every now and then, just get it in there and ask the best player to sense something, feel something, and go and make it happen. That’s exactly what the main man has just done.”

Zenit allowed Chelsea possession, but they were comfortable until the goal and often effective on the break.

Substitute Artem Dzyuba very nearly equalised late on when the striker narrowly poked wide from close range. But just like against Aston Villa, Thomas Tuchel’s side found a way to win without being at their best.