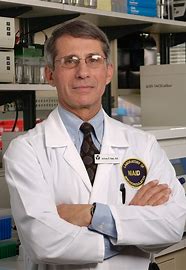 In a Senate hearing late last month, top doctor Anthony Fauci told lawmakers the US granted $600,000 in funding to the Wuhan Institute of Virology over a five-year period, but documents provided by the Department of Health and Human Services Friday show the actual number was a third higher.

Reports obtained through a Freedom of Information Act (FOIA) by Judicial Watch, found that between 2014 and 2019, $826,277 was provided by the National Institute of Allergy and Infectious Diseases (NIAID) under the directive of Fauci to the China-based lab.

Under tough questioning by Republicans on the Hill in late May, the infectious disease specialist said the National Institutes of Health – which encompasses the NIAID – provided $600,000 to the Wuhan lab for the study of coronavirus in bats.

Spending outlined in the documents shows that funds were provided over a six-year period for “Understanding the Risk of Bat Coronavirus Emergence” by the NIAID through the non-profit EcoHealth Alliance.

Emails obtained through the FOIA show top NIAID officials, Dr Emily Erbelding, Dr Cristina Cassetti and Principal Deputy Director Hugh Auchincloss communicated in April 2020 about a new round of funding for the Wuhan-based lab that started in 2019 and would continue for a six-year period.

“This is higher but not extraordinarily higher than I originally indicated,” Auchincloss said in an April 13, 2020 email to Fauci.

The communication regarding the EcoHealth Alliance funding indicates that the top disease specialist was aware of the grants provided to the Wuhan Institute of Virology.

An email two days later marked “high” importance from the Principal Deputy Director of NIH Lawrence Tabak to Fauci, along with other NIH officials, warned that Republicans on the Hill were angry about taxpayer dollars being used to fund research at the Wuhan lab.

Many congressional Republicans believe the virus was leaked from the lab in China and resulted in a global pandemic – a theory recently bolstered by President Biden’s sanctioned investigation into the origins of the virus.

Fox News could not reach Fauci for clarification on why the funding for the Wuhan Institute of Virology appears to be higher than he previously stated.

Fauci has faced demands from conservatives to be fired from his top post as chief medical advisor to the president over allegations he has flip-flopped on his policies regarding the deadly virus.