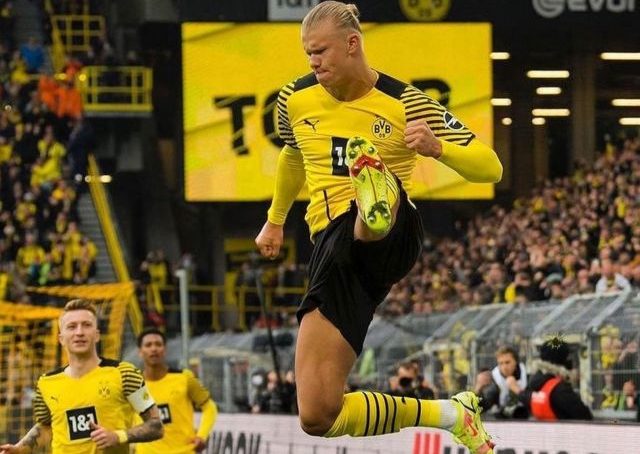 Ralf Rangnick is now leading the Manchester United charge for Erling Haaland and has made a move which Ole Gunnar Solskjaer couldn’t, according to reports.

The Red Devils have zoned in on Haaland as their number one transfer target. They of course face considerable competition for his signature, but Rangnick has taken it upon himself to get the job done.

That’s according to the MEN, who claim the German manager has recently spoke to the 21-year-old’s father, Alf-Inge. They discussed the possibility of his arrival at Old Trafford from Borussia Dortmund.

Rangnick is connected with the family as he helped to oversee Haaland’s transfer from Molde to RB Salzburg in 2018, at which time he was Red Bull sporting director.

They are said to have a ‘cordial’ relationship, which cannot be said for Solskjaer. It is claimed in the report that the former boss was not as close with Haaland despite managing him in Norway.

United’s failed attempt to sign him in December 2019, before he went to Germany, apparently impacted their relationship. How does Ralf Rangnick affect the chances of Man Utd signing Erling Haaland?

When Solskjaer was sacked, there was some talk it would hamper the club’s chances. In fact, the change in manager has done quite the opposite. It is noted that Champions League qualification this season would be crucial for making the move happen.

Upon his arrival in England, Rangnick said: “Erling Haaland is a fantastic striker.

“I know best myself, because I was together with the people at Salzburg with my friend Kristoff and the people there were a little bit involved in the move from Molde to Salzburg, and therefore I know what kind of player he is.”

The latest from Haaland’s agent, Mino Raiola, is that they have not yet signed a pre-contract agreement with any club. Strong claims from Germany are that Liverpool are among the most likely bidders for the striking superstar.

Sky Deutschland provided an update on Haaland’s future. And it makes exciting reading for Reds fans. According to the outlet, the “most obvious buyers” for Haaland are Liverpool and Paris Saint-Germain.

They claim Liverpool will be looking to sign a new number nine in the summer. Doing so could take an already potent attack to the next level.

Rangnick could therefore be heading into an intense battle with fellow countryman Jurgen Klopp.