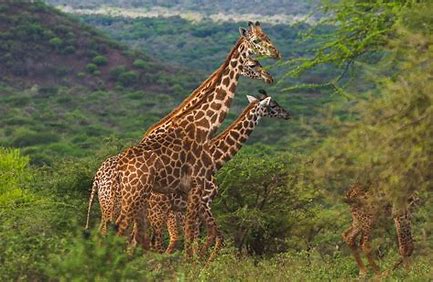 International Fund for Animal Welfare (IFAW) has entered a five-year environmental easement deal with about 3,600 landowners in the Amboseli ecosystem.

In a statement, IFAW says it has secured 29,035 acres of land as habitat for wildlife in Amboseli in the south of Kenya.

Chairman of the Olgulului Ololarashi Group Ranch (OOGR) Daniel Leturesh and President and CEO of IFAW Azzedine Downes, today signed the agreement that will see 3,598 landowners benefit from annual lease fees and eventually eco-tourism revenue once the land is legally registered as a wildlife conservancy.

The total 26,000 acres is officially the Kitenden Community Wildlife Conservancy. This new agreement brings the area that the local land owners and IFAW have secured for conservation to 55,035 acres or 223 square kilometres.

“By allowing the lease of an additional 29,035 acres, the local community in Amboseli continues to actively demonstrate the commitment they have made to securing space and coexisting with wildlife for which I am grateful, “said Azzedine Downes, President and CEO of IFAW at the agreement signing event.

“IFAW is committed to our continued partnership to enhance the livelihoods of people and save wildlife and is honoured the community shares our vision. We guarantee that the land remains in the hands of its original owners and will work with them to attract investors in the tourism sector among other areas that will hopefully unlock financial opportunities for the community so that they are not over reliant on tourism which as COVID19 has shown, can be disrupted,” Downes added.

The loss and degradation of wildlife habitat has seen an escalation in human wildlife conflict as the spaces available for wildlife and for local communities to access water and pasture continue to diminish. To mitigate the situation while promoting biodiversity and lessening the effects of climate change, the need to actively secure spaces for wildlife and people to coexist is paramount now more than ever before.

These areas not only provide for the keeping of livestock, which is the economic mainstay of the community, but also ensure connectivity for wildlife is maintained.

Besides securing space, IFAW will work in partnership with others to address the challenge of degradation of the landscape through restoration of overgrazed areas.