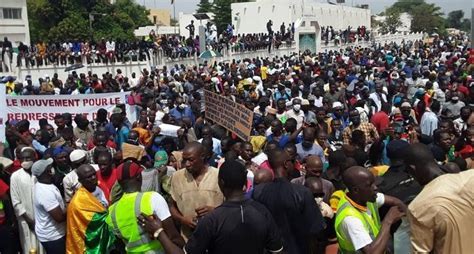 Thousands of Congolese took to the streets of Kinshasa, the capital of the Democratic Republic of Congo, to demand a neutral poll body after President Felix Tshisekedi installed a close friend to head the electoral commission.

Tshisekedi’s move last month came despite the objection of both Catholic and Protestant religious leaders and the opposition.

The opposition claims Denis Kadima, the new head of the National Independent Electoral Commission, is corrupt and has a strong affiliation with the president.

A protester Ndombasi, who spoke in French, said they would not give chance to what he calls as electoral fraud.

“We have a peaceful march that was called for by the spiritual father to say no to this politicised independent national electoral commission that Mr Tshisekedi wants to impose on us. We say NO to electoral fraud,” Ndombasi said.

“The people are sovereign under Article 5 of the Constitution, and we will exercise this sovereignty until we achieve depoliticization of the electoral commission and better elections,” Marlin Ivuvu, a protester said.

Some protesters called for the return of former president Joseph Kabila, who ruled the Democratic Republic of Congo for 18 years before Tshisekedi came to power in January 2019.

A member of the Catholic Lay Coordinating Committee Hervé Diakiese, says the country would not allow the elections to me marred. “We cannot allow elections to be abused; this would be contempt for the sacrifices endured by the Congolese people and we will not tolerate it.”

The current president was chosen in much-delayed elections in December 2018, which were peaceful but marred by accusations of fraud.

The next presidential election is set for December 2023, and Tshisekedi has said he intends to run despite allegations of fraud leveled against him during the 2018 polls. Former parliament speaker Aubin Minaku, ex-premier Bruno Tshibala and previous interior minister Emmanuel Ramazani Shadary attended the demonstrations.