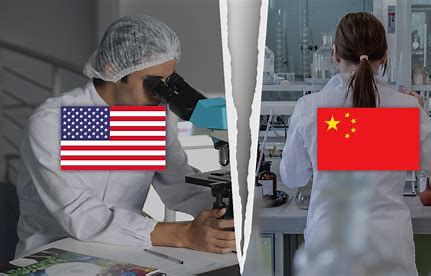 The number of scholars who declare affiliations in both China and the United States on research papers has dropped by more than 20 per cent over the past three years, an analysis has found.

That slump seems to be part of a pattern of waning US-China collaboration that is starting to show up in research databases. The number of papers that were collaborations between authors in the United States and China – the world’s two largest research producers – also fell for the first time last year.

These signs of falling collaboration are at least in part a result of the Covid-19 pandemic, scholars say, but also of political tensions. These include the effects of the United States’ controversial China Initiative, a policy supposed to prevent espionage that targeted many US academics for not disclosing some of their work or funding in China.

“We’re starting to see the damaging consequence that results from a combination of restricted mobility and heightened politicisation,” says Joy Zhang, a sociologist at the University of Kent in Canterbury, UK. “Having dual affiliation was once seen as a badge of honour, but is now tinted by the concern of scientific espionage,” she says.

The US government seems to be dropping its decades-long support for scientific collaboration with China just as some of China’s research is at a world-class level, says Deborah Seligsohn, a political scientist at Villanova University in Pennsylvania. “If the United States stops collaborating with China, we’re cutting off our access to a huge part of what’s going on in the scientific world,” she says.

The analysis of dual affiliations was conducted for Nature by Jeroen Baas, director of analytics at the Amsterdam-based publisher Elsevier. Baas looked at the authors of millions of papers in Elsevier’s Scopus database, and found that the number of authors who reported a dual US-China affiliation on at least one publication in a year had risen to more than 15,000 by 2018, but had dropped to below 12,500 by 2021.

This fall was more sustained than for other pairs of nations, Baas found, and it occurred even as the global number of authors disclosing multiple affiliations continued to rise.

The pattern might help to explain how publications with co-authors from China and the United States also fell in 2021, the Scopus figures show, even as total US and Chinese outputs are both increasing. Baas’s analysis suggests that there has been a much sharper fall among the subset of these publications that have dual-affiliated authors.

In February, Caroline Wagner at the Ohio State University in Columbus and Xiaojing Cai at Yangzhou University in China used data from the Web of Science to show that US-China co-authored papers were falling as a share of world publications, whereas papers with co-authors from China and the European Union were not.

They also published a table suggesting that the number of papers with dual-affiliated US-China authors has had a sharper fall1.

Contacted, Zhang and five other specialists said that greater politicisation of US-Chinese science, as well as the pandemic, was playing a part. As early as 2015-16, Zhang says, it became harder for foreign academics to get visas approved to visit China, and for Chinese researchers to travel overseas. And from 2018, the US government’s China Initiative started to investigate hundreds of US-based scientists over their collaborations in China.

Researchers say that together with more onerous US visa restrictions and tightened export controls, this programme has dampened bilateral US-China research partnerships and dissuaded scientists in China from visiting the United States.

The initiative was effectively terminated this year, but China is included in a broader US Department of Justice ‘strategy for countering nation-state threats’.

In 2021, a survey of nearly 2,000 scientists in the United States found that about half of respondents of Chinese descent experienced fear or anxiety that they were being surveilled by the US government, and were more likely than non-Chinese scientists to say they had stopped collaborations with researchers in China over the past three years.

“My overall concern on the US side is the extent to which collaboration with China is being criminalised, even post-China Initiative,” says Jenny Lee, a social scientist at the University of Arizona in Tucson, who was one of the co-authors of the survey.

She and John Haupt, also at the University of Tucson, have been interviewing US-based and China-based scientists to study how they collaborated on Covid-19 research. Their work, not yet published, shows that pandemic-related travel and visa restrictions prevented many Chinese scientists from visiting the United States – and the researchers also reported political restrictions.

“Some scientists have been asked by their institutions to cut ties with Chinese scientists and no longer hire postdocs from China,” Haupt says.

Dual affiliations needn’t always signify dual employment or funding, says Li Tang, a science- and innovation-policy researcher at Fudan University in Shanghai, China, who last year published a paper about the negative effects of chilled bilateral US–China relations spreading into education and research. They might be reported as a courtesy by an academic to an institution they visited that gave them research assistance, or at the visited institution’s request, she notes.

Data gleaned from research papers are also a lagging indicator of actual activity, because publications might not appear until years after a study was done. And the specific reasons for the collaboration and dual-affiliation decline might vary between disciplines and institutions, notes Zhang.

Still, she says it’s reasonable to suspect that deteriorating political relations, including the China Initiative, have led to researchers and universities in both countries hesitating to initiate and strengthen collaborations.

China’s national policies might also be affecting publication data, Lee adds: in 2020, for instance, the government said that there should be less focus on evaluating researchers by the volume of their work in international-journal databases, and more on the quality of their papers.

They were also urged to consider publishing in Chinese journals. That might now be starting to feed through into data indexed in Scopus or Web of Science, which focus on English-language journals. Tang says it will be important to watch whether the falling collaboration patterns continue in the future.

“Sadly, this all seems to be political in nature on both sides,” adds Wagner. “Science will suffer.”