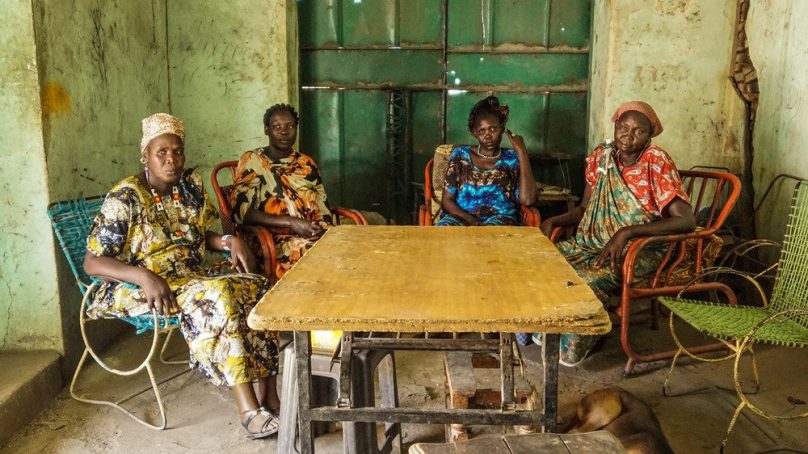 Malakal’s conflict in South Sudan has been frozen in place for years: a consequence of the Padang Dinka’s influence in Juba, which is partly due to their success in keeping Upper Nile’s oil fields – one of the government’s few foreign exchange earners – running.

But a split within First Vice President Riek Machar’s SPLA-IO in August has upset the power-sharing equation on which the 2018 peace settlement was based, and Malakal is suddenly back on the political agenda.

SPLA-IO commanders led by generals Simon Gatwech and Shilluk Agwelek militia leader General Johnson Olony no longer recognise Machar’s leadership, and there has been fighting between both sides in the Magenis area of Upper Nile, as well as in neighbouring Jonglei State to the south.

Gatwech and Olony accuse Machar of abandoning his men in the bush, and of complicity in government delays in implementing steps outlined in the 2018 peace deal, especially the creation of a new national defence force – one of the agreement’s key provisions.

Throwing a wrench into the political process, they have called for the transfer of all the seats allotted to Machar under the unity agreement to their faction. Eager to see Machar weakened, Kiir has begun negotiations with the group in Kharoum.

Olony is also demanding greater protections for his Shilluk community in Upper Nile. Were he to be brought into government – as a placatory step – it could signal Kiir’s willingness to renegotiate his alliance with the Padang Dinka, South Sudan watchers say.

“For the Shilluk, it would likely represent a move towards greater control over Malakal,” said Alan Boswell, senior South Sudan analyst for the International Crisis Group. For the Padang Dinka, who describe Olony as a “warmonger”, they fear he could take revenge.

The political dynamics already seem to be changing: Last week, the Upper Nile government set a November deadline for all “illegal occupants” of IDP-owned homes in Malakal to vacate them – a potential first step to recognising Shilluk land claims.

“It’s too early to tell what this [announcement] means: whether it turns into a significant policy, or it’s just testing the water to see how it’s received,” Mark Millar, a conflict analyst with the Norwegian Refugee Council, told The New Humanitarian. “But it does play into the discussions with Olony, and may demonstrate [Kiir’s] good faith, that he might be prepared to do something on Malakal.”

Land remains the key stumbling block to reconciliation. For the Shilluk in the PoC, a peace process must include restitution of the homes and farms they lost as a result of the war. It’s also one of the few points of contention between members of the Women’s Union.

“We have to tell people [occupying] other people’s houses to leave, to give a chance for [our] resettlement,” said Jospina James Lah, head of the Peace Committee – a PoC-based counterpart to the Women’s Union.

Not all Dinka support the new settlers occupying Shilluk homes, many of whom are Dinka from the distant Equatoria region who were resettled in Malakal during the war.

“Those [Dinka] who used to live in Malakal before the 2013 war are critical of the status quo [in which the Shilluk have been forced from their homes],” said Adam Ajak Gong, the Shilluk paramount chief of Malakal County. “They say we need to coexist with Shilluk.”

Nyapach Aruach Denk is not yet ready to take that risk. She’s more than aware of the many reports of Shilluk being killed as they follow up on their land claims in and around Malakal.

“The workshops and meetings have borne some fruit, even if it’s still very little.”

“I will not [go back] unless the government evacuates those staying there and gives me a document showing that I am legally authorised to stay – the Dinka have guns,” she told The New Humanitarian.

For Millar, the conflict analyst, the issue goes beyond land to include access to state services and reparations. “People don’t just need their houses back but need to feel they have secure futures in them,” he explained.

The hyper-local peace initiatives represented by the Women’s Union and the Peace Committee are a step towards creating the conditions for reconciliation. “The workshops and meetings have borne some fruit, even if it’s still very little,” said Gong, the Shilluk chief.

But valuable though local engagement is, it takes time to heal divisions that run as deep as those in Malakal. And the conflict here goes beyond maps and state boundaries – it has become a zero-sum competition between communities over access to resources and political power. For Boswell, the ICG analyst, “Malakal requires a political solution. No amount of trust-building can cross that bridge on its own.”

Keeping the faith in face of adversity: Trials and triumphs of refugee scientists