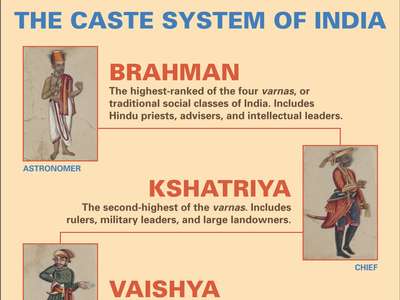 In the late 1990s, when Raosaheb Kale became a professor at for Jawaharlal Nehru University, or JNU, he sat on a committee to select junior researchers at the Nuclear Science Centre, about a mile away from the university in New Delhi. Among the candidates was a Dalit researcher named Rajendra Sonkawade.

“He was the best among the lot,” recalled Kale. Sonkawade got the job.

The 26-year-old Kale entered the School of Life Sciences at New Delhi’s Jawaharlal Nehru University, alongside about 34 other incoming doctoral students. At the time, a committee of teachers at the school would review the students’ records and assign each to a PhD supervisor to mentor them through graduate school.

Like Kale, Sonkawade had grown up in the western state of Maharashtra and planned to become an engineer. After high school, he applied to some engineering colleges but couldn’t score high enough to gain admission. He enrolled instead at Marathwada University, where he excelled in physics.

As Sonkawade worked his way through graduate school, the Dalit movement gained momentum in Indian politics, and the Bahujan Samaj Party, a pro-Dalit political party, rose to power in India’s most populous state, Uttar Pradesh.

“You have to have decency for some time, but not beyond certain limit. If it is your right, you have to snatch it,” Kale said. “We cannot wait.”

During the same time, though, India witnessed new opposition by upper-caste Hindus against the reservation policies. In 1990, the Indian government announced that it would implement a commission’s recommendation to expand reservation policies to include Other Backward Classes, an official designation for various other marginalised castes.

Adding to the existing quotas, the new policy meant that 49.5 per cent of seats were now, at least officially, reserved for lower-caste candidates.

“Merit in an elitist society is not something inherent,” the commission had argued in its report, “but is the consequence of environmental privileges enjoyed by the members of higher castes.”

That “ignited a firestorm,” Subramanian writes in The Caste of Merit. “Upper-caste students took to the streets, staging sit-ins; setting up road blockades; and masquerading as vendors, sweepers and shoe shiners in a graphic depiction of their future reduction to lower-caste labour.” More than 60 upper-caste students, many of whom said they were protesting the new policy, died by suicide.

The tension was palpable in educational and research institutes. At the Nuclear Science Centre – later renamed the Inter-University Accelerator Centre, or IUAC – Sonkawade began to study radiation safety. Often, he said, he would hear some of his upper-caste colleagues say that Dalits were incompetent.

Frustrated, he waited for the standard new-employee probationary period to end. Then Sonkawade worked with Dalit and Adivasi researchers in the institute to form an association to represent their rights.

“We became more active with our demands,” said Sonkawade, thumping his palm on the table in his office at Shivaji University, in the west Indian city of Kolhapur, where he now teaches physics. On the wall to his right were some photographs, including one of Ambedkar, whom Sonkawade calls his role model.

After forming the association, Sonkawade began to push IUAC to set up a special committee to tackle Dalit and Adivasi issues to ensure implementation of the reservation policy – something required of government-funded institutes, but which the school had not established.

His group also asked for the representation of marginalised communities in the governing boards of the institute.

Described by Kale as “the best among the lot” of junior researcher candidates, Rajendra Sonkawade was hired in the 1990s at what is now called the Inter-University Accelerator Centre, where he began advocating for the rights of lower-caste researchers.

While Kale was tactful in navigating institutional casteism, Sonkawade was more confrontational. His advocacy soon brought him into conflict with the IUAC administration, several of his colleagues said. “He became very unpopular,” Debashish Sen, a scientist at IUAC, recalled. Others felt, Sen said, that Sonkawade was operating out of his own self-interest rather than for the betterment of his community.

In interviews, many of Sonkawade’s colleagues described him as hard working. But, around the mid-2000s, the scores on Sonkawade’s annual performance reports – essential for promotion – began to drop.

Sonkawade was overlooking his responsibilities in the lab, said Devesh Kumar Avasthi, a senior scientist who was one of the evaluators of Sonkawade’s performance. But Satya Pal Lochab, who oversaw the lab in which Sonkawade worked and also participated in the evaluations, said that his “anti-establishment activities” affected his scores. Eventually, the lagging scores delayed a promotion.

Dinakar Kanjilal and Amit Roy, both former directors of IUAC, said the delay in promotion had nothing to do with caste. In national labs, “I don’t see anybody bother about caste,” said Kanjilal, who is upper-caste. “They see your contribution.”

Feeling harassed, Sonkawade left and joined Shivaji University. Even at his new post, he kept pushing IUAC to recognize that it had owed him a promotion. Although IUAC eventually yielded – and Sonkawade said he won partial backpay. By that point, he said, the promotion “wasn’t of any use” for his career.

“The whole system was against me,” he said. “I paid the price for speaking up.” An IUAC employee who used to field discrimination complaints confirmed seeing many cases where Dalits received performance review scores just a few decimal points below the requirement for promotion. The person requested anonymity, fearing reprisal from the institute.

Between 2018 and 2020, Sonkawade was invited to interview for the position of vice chancellor at three universities in Maharashtra, and for the director’s position at IUAC. In at least three of those four cases, an upper-caste person was chosen.

After his promotion was delayed due to lower scores on his annual performance reports, Sonkawade joined Shivaji University, where he teaches physics today. A senior scientist who participated in the evaluations said that Sonkawade’s “anti-establishment activities” affected his scores.