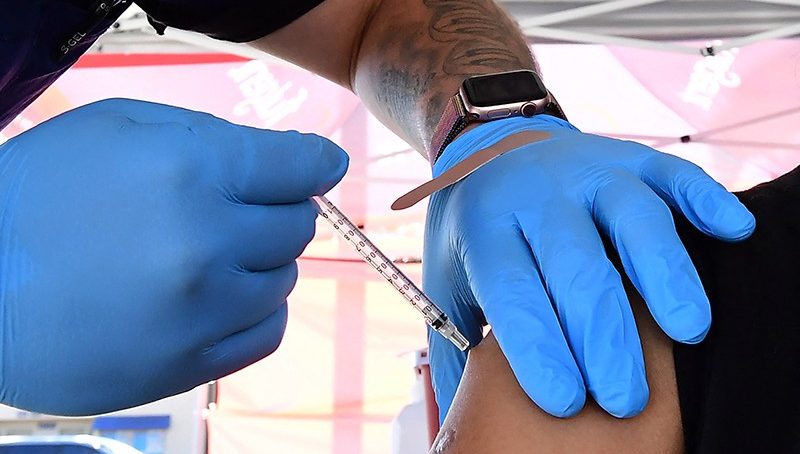 People infected with the Omicron variant of the coronavirus SARS-CoV-2 are almost 50 per cent more likely to infect those they live with than are individuals infected with the Delta variant, a detailed analysis from England shows.

Since it was first detected in South Africa in late 2021, Omicron has caused a wave of infections and deaths in countries around the globe, including in places such as Hong Kong that have been largely spared by SARS-CoV-2 until now.

Data have been mounting on Omicron’s ability to evade vaccines, but a rigorous analysis, posted as a preprint on February 17, looks at how fast it spreads – even in vaccinated people – compared with the previous variant. The study has not yet been peer reviewed.

In England, Omicron was first detected in mid-November 2021 and quickly overtook Delta as the dominant variant. Its fast spread was probably driven by its ability to evade immunity generated by vaccines, says Marm Kilpatrick, an infectious-disease researcher at the University of California, Santa Cruz. These types of immune-evasive variants will continue to be selected for, he says — “we can almost count on them arising”.

Researchers at the UK Health Security Agency analysed data on 51,281 people who tested positive for Omicron or Delta between December 5 and 11, 2021 and their 151,592 close contacts.

The scientists found that whereas people infected with Delta spread the infection to roughly 11 per cent of their household members, those who had Omicron spread it to almost 16 per cent. That means there is a 48 per cent increased risk of passing on the virus when infected with Omicron than with Delta.

That difference is even more striking outside the home – people infected with Delta spread the infection to roughly four per cent of people they came in contact with outside their home, whereas those with Omicron passed it to eight per cent of people, so the risk more than doubled.

Omicron’s transmission advantage is more apparent outside the household because even with fewer opportunities for repeated and prolonged exposure to the virus, the risk of catching it is more than double compared to Delta, says Kilpatrick.

The researchers also assessed how vaccination affected people’s chances of catching the two variants, and found that unvaccinated household members were 23 per cent more likely to get infected with Omicron than with Delta.

But that gap widened in people who have been vaccinated, revealing Omicron’s edge at evading vaccine-triggered immunity. Household members who had received three doses of a SARS-CoV-2 vaccine were more than twice as likely to be infected with Omicron than with Delta.

If someone had received three vaccine doses, they were also about twice as likely to pass Omicron on to another household member than they were Delta.

Although this study suggests that existing SARS-CoV-2 vaccines offer limited protection against infection with Omicron, other research has shown that they are effective at preventing severe disease caused by both variants, says Leo Poon, a virologist at the University of Hong Kong. But he points out that the work was done at a time when the BA.1 subvariant of Omicron was circulating, and that now that another subvariant, BA.2, is rapidly gaining steam, this variant will need to be investigated, too.

Nevertheless, vaccination is still one of the most effective measures to “protect ourselves” against severe disease, hospitalisation and death, he says.

Dynamic zero Covid: How vaccine complacency has become an unintended side effect of their success