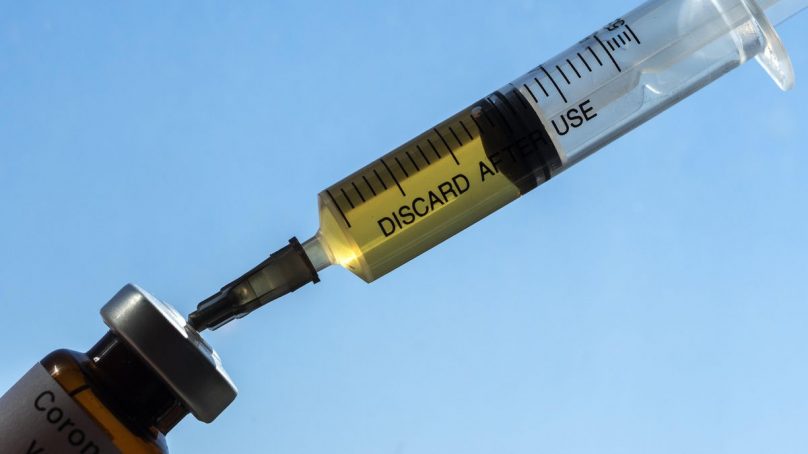 Vaccine developers who have already reported promising phase III trial results against Covid-19 estimate that, between them, they can make sufficient doses for more than one-third of the world’s population by the end of 2021.

But many people in low-income countries might have to wait until 2023 or 2024 for vaccination, according to estimates from the Duke Global Health Innovation Centre in Durham, North Carolina.

But the makers of the three vaccines that seem closest to widespread distribution — AstraZeneca, Pfizer and Moderna — estimate a total production capacity of 5.3 billion doses for 2021, which could cover between 2.6 billion and 3.1 billion people, depending on whether AstraZeneca’s vaccine is administered in two doses or one and a half.

And a vaccine created at the Gamaleya National Centre of Epidemiology and Microbiology in Moscow could cover another 500 million people per year outside Russia from 2021, says the Moscow-based Russia Direct Investment Fund, which is supporting its development. The organisation has not disclosed capacity within Russia.

Most of this capacity is already spoken for. The 27 member states of the European Union together with five other rich countries have pre-ordered about half of it (including options, written into their contracts, to order extra doses, and negotiations that have been disclosed but not yet finalised). These countries account for only around 13 per cent of the global population.

If six other leading vaccine candidates are included, the total number of doses for which disclosed deals are in place rises to 7.4 billion, with expansion options or ongoing negotiations accounting for another 2.9 billion doses, according to Airfinity’s calculations.

When these other vaccines are included, the total number of doses secured by the same five countries and the EU remains at around half of the total, because those wealthy enough to place bets on a number of candidates bought up broad portfolios of products early in the pandemic.

Counting up all vaccine deals per capita, Canada leads the pack, with nearly nine doses per person (see ‘Best and worst supplied’).

“Canada has done exactly what we would expect a high-income country to do, and they’ve done the right thing by their country,” says Andrea Taylor at Duke.

But this also means that doses won’t be distributed equitably. “Now that we are seeing really good results, everyone is feeling more optimistic. They are starting to make deals,” says Taylor. “But it’s quite a scary picture at the minute, because so many countries are missing.”

Local manufacturing deals are also likely to determine where the first shipments of vaccines go, says Bech Hansen. India, for example, has secured more than two billion doses of vaccine, in part by leveraging access to the manufacturing capabilities of the Serum Institute of India in Pune, the world’s largest vaccine maker.

This leaves dwindling short-term supplies for low- and middle-income countries. Most of these countries seem to be relying on contributions from Covax, a joint fund for equitable distribution of Covid-19 vaccines led by Gavi, a funder of vaccines for low-income countries based in Geneva, Switzerland, the World Health Organisation, and the Coalition for Epidemic Preparedness Innovations (CEPI) in Oslo.

It has secured an estimated 700 million vaccine doses so far and wants to provide two billion by the end of 2021, with the aim of providing coverage to at least 20 per cent of the population of participating countries.

More than 189 countries have signed up to Covax, including wealthy economies that have joined to subsidize vaccine access.

Ultimately, countries with excess doses might donate these to Covax. That’s not how the fund was intended to work, says Taylor. it does not help with equitable distribution because high-income countries are likely to ensure their own vaccine needs are met before they pass on excess doses.

“But I think that’s how things are going to play out,” she says.

The prices of the vaccines also vary and differ from deal to deal. AstraZeneca, based in Cambridge, UK, has said it will provide its vaccine at around $3–4 per dose, which is between five and ten times cheaper than the estimated prices of other leading candidates such as those made by New York City-based Pfizer and Moderna in Cambridge, Massachusetts.

AstraZeneca has pledged to provide the vaccine on a not-for-profit basis for the “duration of the pandemic”, and in perpetuity to low- and middle-income countries. Other firms have not made these commitments.