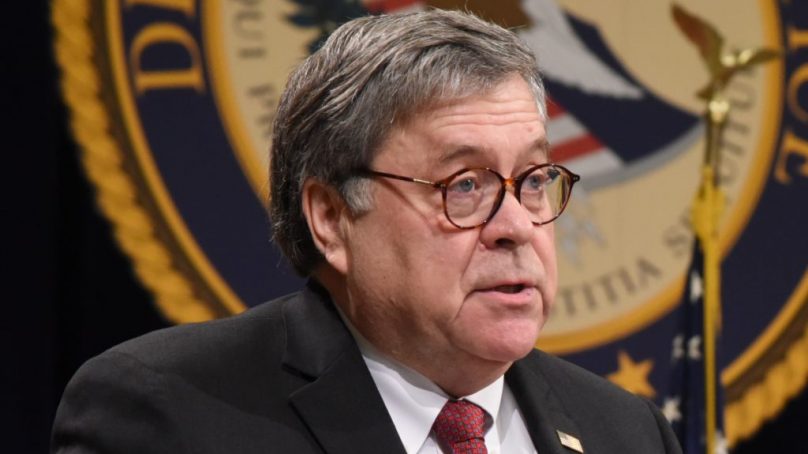 President Donald Trump is running out of wrenches to throw at the gears of democracy. Since prematurely and incorrectly declaring victory on the night of the election, Trump and his legal team have launched dozens of lawsuits seeking to overturn the results of the presidential race in pivotal states like Nevada, Michigan and Pennsylvania.

They have lost nearly all of them. The few court victories they have notched, meanwhile, have been immaterial to the outcome of the race. Now, US Attorney General William Barr has foreclosed another potential avenue of attack, shutting down Trump’s election conspiracy theories in an interview with Associated Press.

“To date, we have not seen fraud on a scale that could have effected a different outcome in the election,” Barr said.

That conclusion has long been apparent to anyone outside of the Trump campaign’s misinformation vortex. But it’s still significant coming from Barr, who has to this point proven all too willing to protect Trump’s interests.

Not only did Barr baldly misrepresent special counsel Robert Mueller’s report on Russian election interference and Trump’s obstruction of justice, he spent the months before the election overhyping the threat of vote-by-mail fraud.

Even after the election, Barr had intimated that the Justice Department could act on Trump’s behalf. On November 9, he wrote a memo that authorised federal prosecutors to investigate “substantial allegations of voting and vote tabulation irregularities,” overturning a years-long DOJ precedent not to step in until after elections have been certified.

The departure was so extreme that it prompted the resignation of the director of the department’s election crimes branch, Richard Pilger. Four days later, The Washington Post reported that a group of 16 current assistant US attorneys had asked Barr to withdraw the memo, arguing that it had thrust “career prosecutors into partisan politics,” and that “the policy change was not based in fact.”

Barr’s decision to sit this one out was not a foregone conclusion. And yet now he has gone out of his way to swat down allegations of fraud both general and specific.

“Even if DOJ decided to prosecute someone for submitting a fraudulent ballot, a state could still disagree and count that ballot in the tally.”

The president’s legal team, led by Rudy Giuliani and Jenna Ellis, continues to insist that Trump won, despite repeatedly failing to produce any meaningful evidence of voter fraud in court.

Trump himself tweeted or retweeted claims, news segments and hearings related to election fraud 27 times on Tuesday alone. (That number will likely continue to climb throughout the evening, although as of this writing the president had yet to directly address Barr’s statements.)

Trump has no viable path forward. He never did. Despite all the noise, the Electoral College will still formally cast votes on December 14, eliminating any lingering doubt as to the results. “Barr’s statement is yet another nail in the coffin, but the coffin was really already quite securely shut,” says Levitt. “It’s like multiplying by zero: You can keep multiplying all you want, but you’re just going to end up with the same answer.”