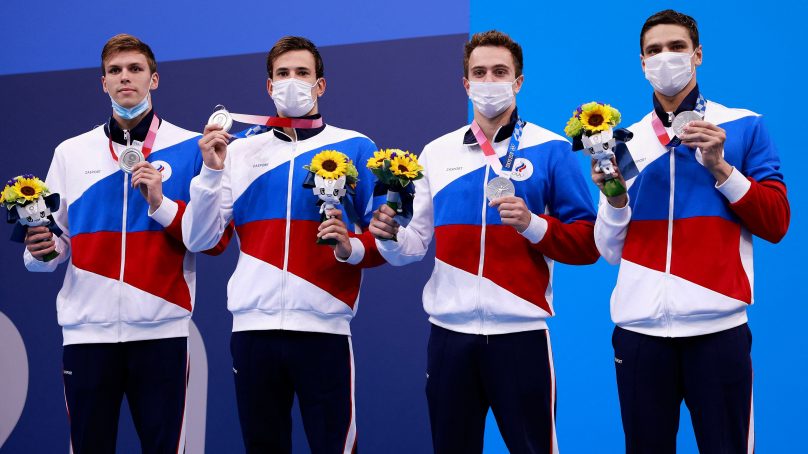 If you’re an eagle-eyed viewer of this year’s Olympics and find yourself wondering what country ROC could possibly be, it represents a collection of athletes from Russia.

At the Tokyo 2020 Olympics there are 335 athletes from Russia who re competing under the Olympic flag rather than representing Russia as a country. Russia’s National Olympic Committee has been banned meaning you won’t see Russia’s national flag or national anthem being played should their athletes win gold.

ROC has appeared hundreds of times on your TV screen during the Games, making an impressive showing in the medals table with 12 golds to date. All of which means you’ve probably been wracking your brains as to which country that abbreviation is representative of.

Russia were handed a four-year ban from all major sporting events by the World Anti-Doping Agency (Wada) in 2019. Russia’s Anti-Doping Agency (Rusada) was declared non-compliant for manipulating laboratory data handed over to investigators in January 2019.

It had to hand over data to Wada as a condition of its controversial reinstatement in 2018 after a three-year suspension for its vast state-sponsored doping scandal.

Wada had originally banned Russia from the world’s top sporting events for four years in December 2019, but the duration of the sanctions was halved to two years following an appeal last year.

As a result, Russia is not competing at the Tokyo 2020 Olympics and Paralympics. Russia has also been banned from competing as a nation in athletics since 2015. However, athletes who proved they are untainted by the doping scandal will are competing under a neutral flag.

‘All public displays of the organisation’s participant name should use the acronym ‘ROC’, not the full name “Russian Olympic Committee,”’ the IOC previously said in a statement.

The logo of the Russian Olympic Committee consists of three flames in the national Russian flag colours with the Olympic rings below them.

Athletes who win gold will have a fragment of a concerto by Russian composer Pyotr Tchaikovsky played instead of the Russia national anthem.

Russian sportsmen and women must compete in international competitions under a neutral flag until the ban ends on December 16, 2022.