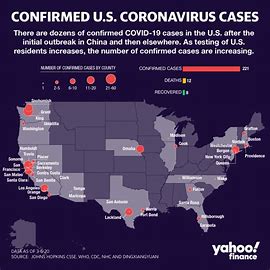 Hopes for quick return to normalcy in US dashed by new Covid variants, low vaccine uptake

It didn’t need to be this way. This spring, as people lined up for newly available, miraculously effective Covid-19 vaccines, it was easy to imagine a direct and speedy path to a protected society.

The curve of administered doses appeared limited only by the supply, and the curve was looking good – perfectly calibrated for things to be normal (at least by some definition of the word) by the end of summer, just in time for schools and workplaces to reopen. So long as the vaccination rate kept pace.

Which, of course, it didn’t. Much too soon, the curve reached its inflection point, shifted from the upswing, and flattened itself out. Add to that a euphoric, masks-off reopening in much of the country. Then add the more transmissible Delta variant.

Result: a pandemic of the unvaccinated that, because of its immense scale, now threatens even people with two shots, thanks to the possibility of breakthrough infections.

All of this has added up to a tipping point: The week when the carrot met the stick, when dozens of influential organizations decided it’s time for vaccine mandates.

This afternoon President Joe Biden announced vaccine rules for four million federal workers. “Right now, too many people are dying, or watching someone they love die,” he said. Those workers will now face a choice: attest to their completed vaccination status, or test one or two times a week, wear masks, and face travel restrictions.

“We have the tools to prevent the next wave of Covid shutting down our businesses, our schools, our society,” he said, adding that the government would reimburse small businesses that allow workers to take paid time off to vaccinate themselves or their families, and that his administration encourages state and local governments to offer residents $100 incentives.

Biden also instructed the Department of Defence to look into how and when it will require Covid-19 vaccinations for members of the armed forces.

Biden’s announcement followed similar statements from a flurry of major tech firms, including Google and Facebook, which have told their tens of thousands of employees around the country that vaccinations will be required for workers returning to the office, and an earlier raft of mandates from universities, state governments and medical centres.

The moves received more legal clarity last month, after a federal judge threw out a lawsuit from a group of employees at Houston Methodist Hospital who had argued the rules were illegal because the vaccines are only authorised by the FDA for emergency use.

And it’s not just employers. In San Francisco, for example, most of the city’s bars and clubs said they will require proof from patrons starting this week.

Is it ideal to force people into doing the right thing for public health? Not really, says Kirsten Bibbins-Domingo, an epidemiologist who studies health equity at UC San Francisco. That’s why you first try messaging to overcome sceptics and incentives for those who need a nudge, as public health officials have done for months and will continue to do, she adds. But at this critical stage of the pandemic, the mandates are welcome news to her.

“We need to use every tool at our disposal,” she says. “It’s clearly the right thing to do at this point, and hopefully it will build into more places taking action.”

There’s already a clear herding effect at play. A vanguard of leaders from hospitals, universities, and state governments made the initial argument – that the benefits of protecting their patients and residents from unvaccinated workers outweighs the worries of individual employees – and clarified that the mandates are legal.

Then the big tech corporations got on board, theorising that a fully vaccinated workforce would be good for business. They’ve been a sort of Covid cultural bellwether, leading the shutdown of offices in March 2020, with many shifting to remote work for the long term.

Those moves make mandates more palatable for companies everywhere else. In May, only six per cent of companies reached by the consulting firm Willis Towers Watson said they were planning to require vaccinations for all employees. But now many more are considering their own plans, says Jeffrey Levin-Scherz, a doctor who leads population health at Willis Towers Watson.

“The public acceptance of mandates is the biggest driver,” he says. Mandates are getting normalized and that in turn, he hopes, will normalize getting vaccinated too.

“I think there’s been a reality check,” says Jennifer Kates, director of global health and HIV policy at the Kaiser Family Foundation. Controlling the Delta variant and preventing new ones are the chief public health reasons for mandates.

And for businesses, that makes for a simple calculus: Bumping up vaccination rates means less economic uncertainty. “That’s why businesses are doing this,” she says.

One argument for mandates, Bibbins-Domingo says, is that many of those who remain unvaccinated are open to it, but appear to need a new type of nudge. A recent Kaiser Family Foundation poll found that 10 per cent of respondents are still on the fence and another 6 percent said they are waiting on a vaccine requirement.

Add those up, and it’s more than the 14 per cent who said they would never get the vaccine.

That new nudge could be a mandate, or it could be institutions setting up slightly unpleasant alternatives to getting vaccinated, like more frequent testing or required indoor masking. “It’s a tried-and-true public health strategy,” she says. “I think we had to make being unvaccinated a little bit less convenient.”

For now, the country has a patchwork of vaccine mandates, and those patches are concentrated in wealthier, coastal regions where vaccination rates tend to be higher. They’re bound to be less common in places where political messaging, amplified by misinformation on social media, has discouraged vaccine uptake. It’s the same politicised pattern seen throughout the pandemic with issues like masks.

But think of this particular patchwork as more like a web: Vaccine mandates only need to reach each person once, where it matters most to them. Maybe that’s a requirement for going to work, or for stepping inside a favourite restaurant or bar.

Unlike requiring a mask, which can be taken off the minute someone leaves a place with a masking rule, once you get a shot, you and others around you are protected wherever you go.

The web will be sparse in some places. States like Montana, Arizona and Texas have hustled to pass legislation banning vaccine mandates or requiring proof-of-vaccination in various contexts. But with businesses increasingly on board with mandates for the sake of their bottom lines, “those states are starting to look more and more like outliers,” Kates says.

Gregory Barber is a staff writer at WIRED who writes about blockchain, AI, and tech policy. He graduated from Columbia University with a bachelor’s degree in computer science and English literature and now lives in San Francisco.