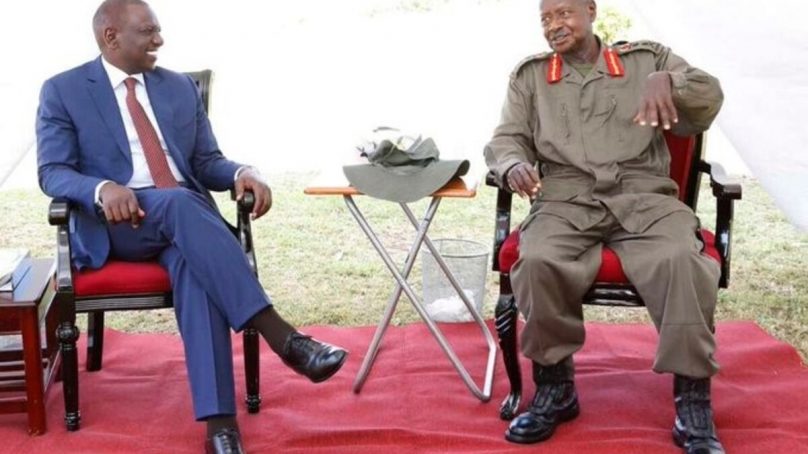 In late 2020, when Ugandan President Yoweri Museveni faced a fresh challenge to his 35-year rule, a new tool helped to silence his critics: anti-money laundering legislation promoted by the G7.

The Financial Action Task Force, established by the G7 group of advanced economies to protect the global financial system, had written to Uganda’s government eight years earlier telling it to do more to combat money laundering and terrorism financing or risk being placed on a “grey list” of deficient countries, according to a top Ugandan official who described the private letter to Reuters.

Such a move could damage Uganda’s ties to foreign banks and investors, which closely follow the FATF’s updates. Within a year, Uganda’s parliament passed a new law to criminalise both offences and established an intelligence unit to enforce it. But Uganda didn’t deploy the law as the FATF intended.

Last December, as Museveni prepared for a January election, authorities used the law to temporarily freeze the bank accounts of three rights groups and arrest a prominent lawyer, 40-year-old Nicholas Opiyo, on money laundering charges related to the funding of an NGO he founded. Opiyo, who was later released on bail, called the charges “spurious.”

The government has denied using the law to target its critics. In January, amid accusations of voter fraud by Museveni’s main rival, the electoral commission declared Museveni had won re-election.

Reuters found that in at least four other countries – Serbia, India, Tanzania, and Nigeria – legislation passed to meet FATF standards was used by authorities to investigate journalists, NGO workers, and lawyers. Based on interviews with people targeted, government officials and financial crime experts, the feedback provides the first account of the unintended consequences arising from the task force’s mandate.

Through constant assessments of countries’ measures, the FATF plays a little-known but key role in shaping financial crime legislation and in dictating governments’ security priorities. Across the globe, it has strengthened laws to crack down on money laundering and terrorist financing. But by pressuring nations with weak democratic frameworks to adopt and bolster such laws, the FATF has unwittingly handed a new legal instrument to authoritarian governments, according to a dozen researchers at think tanks and human rights groups.

“Its standards are increasingly not just being misunderstood, but are being purposefully abused,” said Tom Keatinge, director of the Centre for Financial Crime at the Royal United Services Institute in London.

In particular, a focus at the FATF from the early 2000s on tackling terrorist financing through non-profit organizations has allowed some governments to pursue legitimate civic groups under the cover of enforcing international standards, according to researchers.

“Non-profit organisations can get caught in those crosshairs,” said Tracey Durner, a director at the Global Centre on Cooperative Security in New York.

The FATF, in emailed responses to Reuters’ questions, said it was aware of reports its recommendations have been misused and was monitoring governments’ oversight of non-profits. It said this year it established a working group on the “unintended consequences of poorly implemented” measures and was identifying possible options to mitigate them.

“Any misapplication of the FATF Standards in a way that suppresses the legitimate activities of non-profit organisations or curtails the human rights of individuals is clearly a matter of grave concern and cannot be condoned in any way as part of the fight against money laundering and terrorist financing,” it said.

Asked about the warning letter sent in 2012 to Uganda’s then finance minister, Maria Kiwanuka, the FATF said it “does not comment on private correspondence with governments.” Kiwanuka, who was replaced in 2015, said she received letters from many different parties and referred comment to the finance ministry, which did not respond to emails.

Uganda’s top anti-money laundering official, Sydney Asubo, who reviewed the letter at the time, said Opiyo’s arrest was a police matter and declined to comment on the merits of the case.

Asubo defended the government. “We are doing what is required by the FATF,” he said.

Terrorist financing experts consulted by Reuters said the FATF has limited the funding of groups like al Qaeda by making banks more risk averse and giving authorities more powers to investigate an entity’s finances. However, they faulted the task force’s blanket approach to improving standards because it fails to take into account the political motivations of governments and the risk of misuse of the rules.

Since last year, Turkey and Myanmar – countries where authorities have jailed journalists and democracy advocates – have introduced new legislation and procedures to meet FATF standards which enable authorities to seek more financial information from NGOs.

From its headquarters in Paris, the FATF has long nudged countries into compliance with Western security standards. Since the G7 established the task force in 1989, over 180 nations have committed to implementing its recommendations.

Countries deemed non-compliant with FATF standards are “grey-listed,” or blacklisted, a tag currently held just by North Korea and Iran. In the case of Uganda, even after passing the 2013 law, it spent three years on the grey list. A stint on the list keeps a country under close monitoring, potentially unnerving its foreign investors and complicating its overseas banking relationships.

Civil groups for years have complained the FATF unfairly stigmatizes them as conduits for illegal funds. In the wake of the 9/11 attacks on the United States, the FATF issued a recommendation warning that non-profit groups were “particularly vulnerable” to terrorist financing, citing the possibility that terrorist organizations could exploit the sector to raise and move funds. This recommendation required states to review their laws to ensure such groups “cannot be misused.”

The recommendation complicated funding for various NGOs around the world as banks, nervous of falling foul of regulators, closed their accounts or blocked transfers. “It was arguably ‘open season’ on non-profits,” said Keatinge, of the Royal United Services Institute.

NGOs’ vulnerability to terrorist financing has been challenged in studies by Keatinge and other researchers, including in a 2019 report by the United Nations’ Special Rapporteur on Human Rights and Counter-Terrorism. The report warned the FATF “lent a veneer of legitimacy” to states that used its provisions to regulate civil society.

In 2016, the FATF revised its recommendation to remove the phrase “particularly vulnerable.” And advocates like Vanja Skoric, program director at the European Centre for Not-for-Profit Law, say they welcome the FATF’s new working group to examine abuses of its standards.

The FATF placed Serbia on the grey list in early 2018, saying its government needed to strengthen its laws so authorities could better trace individuals’ financial information. After Serbia did so, the FATF de-listed it.

In July 2020, Serbia’s financial intelligence unit sent a letter to local banks requesting private client data on some 50 NGOs and media outlets known for criticizing what they consider to be President Aleksandar Vučić’s increasingly autocratic rule. The letter, reviewed by Reuters, sought data on their foreign currency inflows, under order of the amended law.

After news of the letter leaked, Finance Minister Siniša Mali told a local television channel the intelligence unit was “doing its job” and the data requests shouldn’t be a problem for the targets “if nothing is hidden.” No individuals have been charged so far.

Autocracy: The more things seem to change in Tanzania, the more they remain same

Hopes for quick return to normalcy in US dashed by new Covid variants, low vaccine uptake