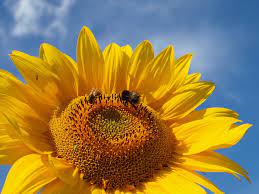 Other phytochemicals blunt the impact of parasites, one of the major causes of honeybee decline: For example, giving fungus-infected honeybees a syrup containing thymol, a phytochemical from thyme plants, cut the number of fungal spores by more than half.

Phytochemicals have even been shown to inhibit the bacteria that cause European and American foulbrood, the latter of which is so devastating and contagious that burning whole hives is recommended to prevent its spread.

Some phytochemicals seem to do their stuff by enhancing the activity of genes related to detoxification and immunity. When bees are fed nectar phytochemicals such as anabasine, for example, a gene in charge of making antimicrobial proteins dialled up production, a team reported in 2017 in the Journal of Economic Entomology.

And phytochemicals might confer health by keeping happy the microbial communities that live in and on honeybees: their microbiomes. Caffeine, gallic acid, p-coumaric acid and kaempferol all improve the diversity and quantity of honeybee gut microbes, researchers reported last year in the Journal of Applied Microbiology. Healthy gut microbiomes in honeybees have been linked to lower intensities of multiple parasitic infections.

Honeybees even choose a health-improving variety of honey when they’re sick. Entomologist Silvio Erler and his team presented parasite-infected honeybees with four honey types. “We simply gave them a choice,” says Erler, now at the Julius Kühn-Institut in Germany. The sick bees preferred sunflower honey, which was also the best medicine for the infection and had the highest antibiotic activity, the team reported in Behavioural Ecology and Sociobiology.

Graphic showing a top-down view of a Y-shaped tubes with two kinds of honey at the ends of the branches.

Studies suggest that bees select the best honey for what ails them. Entomologist Silvio Erler and colleagues infected bees with the spore-making parasite that causes Nosema disease and then used an olfactometer to give bees a choice of different kinds of honey. The worse the infection, the more the bees chose sunflower honey and those bees had far fewer Nosema spores than the other bees after six days.

Despite the immunity boost and other health benefits of honey, bees are still in trouble. US beekeepers lost 45 per cent of their colonies between April 2020 and April 2021, the second-to-worst year since the survey by the non-profit Bee Informed Partnership began in 2006.

While beekeepers often leave some honey in the hive, having a variety of honey seems to matter: Research suggests that different honeys, derived from bees foraging on black locust tree flowers, sunflowers or a mix of flowers, ward off different types of bacteria.

Erler likens this variety to a pharmacy. “We go to the pharmacy … and say we need this for the headache and this for stomach pain. And in the pharmacy, we have all these together.”

Cover crops, such as this crimson clover (Trifolium incarnatum), are planted in the bare soil after harvest. Flowering cover crops help support the local pollinator community, including bees.

But bees are able to build up their honey pharmacy only if the right flowers are available – not just in numbers and diversity, but throughout the growing season, says Berenbaum, who co-authored an overview of honey’s impact on bee health in the 2021 Annual Review of Entomology.

This biodiversity is lacking in the large crop fields that bees are shipped to each year to pollinate staples like almonds, apples, pumpkins and pears.

Improving the floral diversity does make for healthier bees, says Arathi Seshadri, an entomologist at the United States Department of Agriculture Honey Bee Health Lab in Davis, California. And the USDA incentivises landowners to convert sections of crop land into wildlife areas through the Conservation Reserve Programme.

“Agriculture has to go on,” Seshadri says. “But it also has to sustain pollinators.”

Better bee nutrition won’t solve all the problems bees face. But making sure that honeybees have access to their own medicine may help, Erler says. Beekeepers, he suggests, could leave portions of the honey made from various blooms in the hive so that bees have a well-stocked honey pharmacy all year long.

And Berenbaum, who began her investigations years ago because she didn’t think honey was getting nearly enough research respect, says that the accumulating knowledge is a step in the right direction. “I’m glad,” she says, “to see it’s finally attracting some attention.”