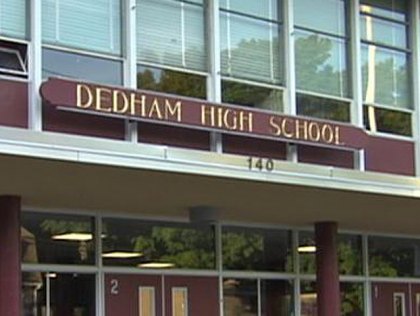 An American civil society, Judicial Watch, has filed a federal lawsuit on behalf of David Flynn, the father of two Dedham Public School students, who was fired from his position as head football coach after exercising his right as a citizen to raise concerns about his daughter’s seventh-grade history class curriculum being changed to include biased coursework on politics, race, gender equality, and diversity.

The lawsuit, which was filed in the United States District Court for the District of Massachusetts, seeks damages against the superintendent, high school principal and high school athletic director for retaliating against Flynn for exercising his First Amendment rights.

The lawsuit details that in September 2020, Flynn’s daughter’s seventh-grade history class, which was listed as “World Geography and Ancient History I,” was taught issues of race, gender, stereotypes, prejudices, discrimination, and politics. The lawsuit explains:

Concerned about the abrupt change in curriculum, Flynn and his wife contacted the history teacher and principal of the school – then later Superintendent Michael J. Welch and three members of the Dedham School Committee. On more than one occasion the Flynns asked for assistance in resolving the issues with the curriculum. Ultimately, in October 2020, the Flynns removed their children from school. The Flynns’ list of concerns included:

The new seventh-grade history class curriculum containing coursework on politics, race, gender equality, and diversity that were not suitable for twelve- and thirteen-year-olds;

The seventh-grade history teacher using a cartoon character of herself wearing a T-shirt supporting a controversial political movement; and

The seventh-grade history teacher using class materials that labelled all police officers as risks to all black people and all black males as risks to white people.

In January 2021, Flynn, who had been the head football coach at Dedham High School (DHS) since 2011, was called into a meeting with Welch as well as the DHS principal and athletic director. At the meeting, Welch handed Flynn one of the emails he had written to the Dedham School Committee members and informed him that one of the committee members asked Welch, “What are we going to do about this?” At the end of the meeting Flynn was told that they, “were going in a different direction” with the football programme. Minutes later, the superintendent, high school principal and athletic director released a public statement stating that Flynn was fired as head football coach because he “expressed significant philosophical differences with the direction, goals and values of the school district.”

The superintendent has had the opportunity to make sure the Dedham teachers conduct themselves as professionals and to teach the courses objectively and without biased opinions. He chose not to. I believe that the real men and women in the world are the ones who have the ability to compromise, especially in extremely controversial situations.

Compromise allows people to experience life as a team. This is where unity brings individual pride together and relationships begin to strengthen. I believe all relationships are based on compromise. The Superintendent was not willing to compromise.

I explained to him that if the teacher teaches the course objectively and removes the BLM logo from the class, people will soon get over the fact that the class was purposely created without notifying parents and without having a visible course curriculum, syllabus and learning objective. Apparently, it does not mean much to him that the Dedham Public School System is losing two wonderful students.

Judicial Watch asks that the court award damages to Flynn and that a jury trial be held. WCVB ABC 5 reported that since his firing, several rallies have been held by current and former students, parents and community members in support of Flynn. At a January 21, 2021 rally, a former Dedham High School football player said, “Everyone loves coach, he gets kids to play football. Coach Flynn is an awesome guy and we’re all devastated that they fired him.”

“Cancel culture has come to high school football. Coach Flynn was fired for exercising his constitutional rights to object as a citizen and father to an extremist and racially inflammatory school curriculum in his child’s history class,” said Judicial Watch President Tom Fitton.