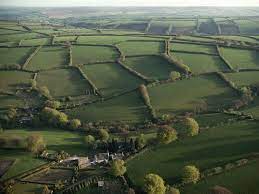 In recent years, researchers in California have learned that hedges can actually be financially worthwhile. Rather than attracting starlings, which prefer open, treeless habitats, hedgerows of native shrubs and herbaceous plants can attract beneficial bird species that eat pest insects, as well as lure flies and wasps that feast on crop-damaging insects like aphids, reducing the need for insecticides.

What’s more, hedgerows can improve the yield of nearby crops by providing a long-term habitat for wild bees that pollinate them, Ponisio and her colleagues have found from studies in California’s Central Valley near Sacramento. “In comparison to something a little more transient like a wildflower strip or a cover crop, the permanent hedgerows really benefited pollinators,” she says.

In 2016, ecologist Lauren Ponisio’s colleagues estimated that for a 300-metre hedgerow, these benefits would save around $4,000 in pest-control and pollination costs over seven years, repaying the cost of planting it. Curiously, in addition to pollinating the crops themselves, the wild bees encourage non-native honeybees introduced by farmers to become more efficient pollinators, too.

“Honeybees, left to their own devices, are super lazy, and they’ll be like ‘Yes, I will just hang out on this flower forever,’” Ponisio, a scientist at the University of Oregon, explains. But upon encountering a wild bee, they’ll fly off to the next flower or plant. That’s particularly beneficial for almond trees, which need pollen from other almond tree varieties to produce nuts. Not every crop will benefit from hedgerows, however; it depends on the farm, the crop and the bee involved.

By reducing the need for insecticides, hedgerows can pay for themselves in 15 years. For crops that depend on native insects for pollination, the payback time is seven years, because the hedges also enhance pollination.

Researchers calculated the costs and benefits of a 305-metre hedgerow along agricultural fields in California. The $4,000 cost of installing the hedgerow is gradually paid back as the farmer’s insecticide use declines. For crops that depend on native pollinators, the rich insect community in the hedgerows will also provide better pollination in some years (assumed to be one in three years for this estimate).

The benefits of hedges go further. Studies in Europe, Africa and Asia show that they protect against soil-eroding winds and floods, help cool the air and can even help curb the spread of infectious diseases like bovine tuberculosis among cattle by creating a nearly airtight barrier between herds.

Hedge plants also suck carbon out of the air and into plant biomass or soil — in some pastures, helping to offset the planet-warming emissions from cows.

“Hedges should be right up there as one of the things that we can use to stop the impact of climate change being so severe,” says ecologist Ian Montgomery of Queen’s University Belfast in Northern Ireland, who recently summarised the research on hedgerow benefits in the Annual Review of Ecology, Evolution, and Systematics, together with Caruso and Neil Reid of Queen’s University Belfast.

There’s now a growing momentum to expand hedgerows, especially in Britain and mainland Europe, where they’ve been historically declining due to intensifying agriculture. According to the latest available data, from 2007, that decline has continued in Britain since 1997, when Welsh and English governments formally protected hedges — making it illegal to remove hedgerows without official permission.

Several recent non-profit campaigns aim to boost hedgerow abundance, and the UK government’s own conservation watchdog, Natural England, has called to increase the country’s hedgerow network by 40 per cent for climate and biodiversity benefits. Earlier this year, the French government announced plans to plant 4,300 additional miles.

Even places like the US, where hedgerows are much less of a cultural legacy, have seen increasing interest in planting hedgerows. Many farmers can apply for grants with the US Natural Resources Conservation Service, for instance, which chips in to pay for planting pollinator habitats.

This short video by journalist Phoebe Weston discusses some of the benefits provided by British hedges.

Experts caution, however, that the usefulness of hedgerows depends a lot on how they’re managed. Many hedges need some form of maintenance. Hedgerows in mainland Europe, for instance, require regular trimming to maintain the layered, varied structure that makes them appeal to wildlife, Vanneste says, while British hedges often require more elaborate methods, including cutting and hedgelaying, to prevent overgrowth but still keep them dense enough to act as barriers to livestock.

Often, that doesn’t happen. A survey of Britain’s hedges in 2007 found that roughly half weren’t well-maintained. Many others are cut too often, Montgomery says, noting that such neat, narrow hedges are typically poorer in biodiversity and carbon storage than those disturbed less frequently.

If thoughtfully managed, though, the humble hedge has a lot of potential. Vanneste and Ponisio envision a world in which hedgerows connect the remnants of other habitats, creating a network that allows more wildlife to coexist with people — a benefit that may be increasingly important as species need to migrate in response to climate change.

Hedges could bridge lone fragments of European forest or link ecosystems between the Sierra Nevada mountains and California’s coasts. That’s “a lot of hedgerows, but that would be the dream,” Ponisio says. “If this was done on a larger scale, particularly, I think it could have really big benefits.”

Brainy bunch: How dad and mum in US home-tutored their 10 children into university by age 13