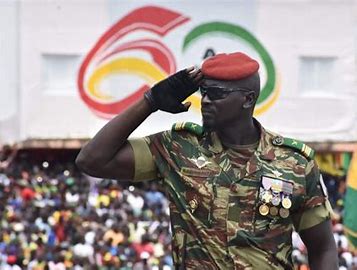 Guinea’s governing junta has announced that its members are barred from standing in the next national or local elections, and that it will agree on the length of transition to elections with an 81-member Transitional National Council (TNC).

Earlier this month the leader of the September 5 coup, Mamady Doumbouya, shrugged off asset freezes and travel bans imposed by the Ecowas regional bloc aimed at pressuring a swift transition to constitutional rule.

Over the past two weeks the junta has held consultations with public figures and business leaders to map out a framework for a transitional government.

According to the charter of the transition, Doumbouya is to be president, with a government composed of a civilian prime minister and cabinet, none of whom may be candidates in the elections, a junta spokesperson said on the state broadcaster.

The TNC must be at least 30 per cent female, and will include a president and two vice-presidents, who are also not allowed to run for office in the upcoming elections, the spokesperson said.

Regional leaders sought to impose sanctions to deter further democratic backslide in the region after four military-led coups in West and Central Africa since last year.