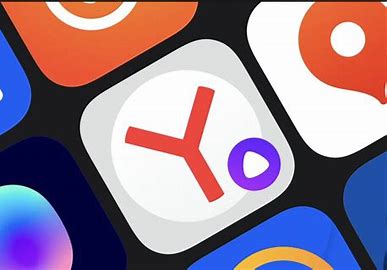 As voting began on Friday for Russia’s lower house of parliament or State Duma, Google and Apple quietly pulled a beleaguered anti-establishment voting app from their app stores. It’s just the latest in a series of concessions that Apple in particular has made to the Kremlin, whose demands seem likely to become only more aggressive from here.

As the tech industry grapples with how to address a host of complicated human rights and safety issues, the incident underscored the uncomfortable compromises that many tech companies strike in order to operate in certain regions, as well as the increasingly brazen demands of authoritarian governments.

The Russian government had pressured Apple and Google to take down the voting app for weeks, threatening fines and even accusing the companies of illegal election interference. Created by associates of imprisoned opposition leader Aleksei Navalny, it offered recommendations across each of Russia’s 225 voting districts for candidates with the best shot of defeating the dominant United Russia party in each race.

Voting is open through the weekend, but the app is no longer available for download and misleading imposter apps have already started to pop up in its place.

Representatives from the two tech companies met with Russian Federation Council officials on Thursday, according to the Associated Press, after which the Council said in a statement that Apple would comply with the takedown demand.

A person with knowledge of Google’s decision to remove the app said that Russian authorities threatened specific Google employees with serious criminal charges and prosecution, forcing the company’s hand. Apple did not respond to a request for comment from Wired. Google declined to comment.

“Removing the Navalny app from stores is a shameful act of political censorship,” tweeted Ivan Zhdanov, a Navalany ally, on Friday. Zhdanov also tweeted a purported screenshot of an email from Apple to the creators of the voting app that described Navalny’s opposition movement and its backers as “extremists,” and said that the app “includes content that is illegal in Russia.”

Apple also reportedly disabled its new iCloud Private Relay feature today in Russia, which masks users’ IP addresses and browsing activity to counter mass surveillance. The service is currently available in beta, but Apple never offered it in countries like China, Saudi Arabia, the Philippines and Belarus for “regulatory reasons.” It had, however, launched it in Russia.

The action Russia took against the voting app is part of a larger trend. In April, iPhones and other iOS devices sold in Russia started coming with an extra step in the setup process that prompts users to install a list of apps from Russian developers. The apps aren’t pre-installed and users can choose not to download them, but Apple made the change as a concession to Russian law.

And it’s not just Russia that’s making increasingly restrictive demands. Along with its Great Firewall, the Chinese government has long exercised significant control over how international tech companies operate in the country, including a requirement that all foreign services run on servers that are both owned by Chinese cloud companies and located in China. India has also increasingly forced international tech companies, including Twitter and Facebook, to make privacy-eroding compromises. But something so baldly political as the takedown of a voting guide app is an alarming and dangerous new frontier.

The episode also comes on the heels of a separate Apple controversy over a company plan to scan for child sexual abuse material directly on users’ iPhones and iPads in addition to in iCloud. Apple has now delayed the project after privacy and security advocates argued that such a service could be abused by foreign governments demanding that Apple access customer data. The company had said firmly that it would not comply with any such demands.

“There’s no way companies like Apple and Google can claim they won’t submit to government requests, when they have a clear history of doing exactly that,” says Johns Hopkins cryptographer Matthew Green.

The human rights implications of tech companies’ actions reverberate around the world. But there have been few easy answers about how to proceed in dealing with authoritarian regimes. And it seems unlikely that international companies will withdraw from established markets in protest of restrictive laws.

Those human rights implications are also more nuanced than they might first appear, says Isabel Linzer, a research analyst at the US-based digital rights and democracy group Freedom House. Given that authoritarian regimes like Russia and Iran are increasingly focused on building total state internet control and even launching their own apps and app stores, there are still security and privacy benefits to having mobile devices and operating systems made by international tech companies in the hands of local users.

For example, even constrained versions of Google Play and the App Store give people some access to international apps, and standbys like iMessage offer end-to-end encryption. And in the case of the opposition voting app, the fact that Android is the dominant mobile operating system in Russia means that users can still potentially download it from third-party app stores.

Linzer also notes that while the takedown is a brazen act of censorship that may set a dangerous precedent, Apple and Google did achieve something by defying the Russian government’s requests until voting had already started and many people had already downloaded it.

“Trying to resist these demands is going to continue to be important and something we should support even if they eventually agree to the demand sometimes,” Linzer says. “So keeping up this pressure on tech companies to protect free expression is key. Authoritarian governments are watching around the world to see what’s happening. And we need to make sure that this precedent isn’t accepted.”

Apple’s and Google’s resistance to Russian takedown orders bought time for the Navalny app to proliferate before the election. But the companies did eventually acquiesce, which ultimately doesn’t bode well for other demands that will inevitably be coming.