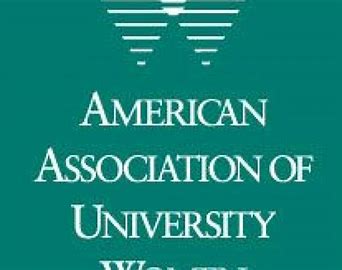 Women account for just 24 per cent of all top income earners at US universities, according to a study from the Eos Foundation. The study, conducted in association with the Washington DC-based American Association of University Women, found that highly compensated women are especially scarce at the tenured and tenure-track faculty level.

Although some female faculty members have salaries of well over $1 million a year, they are the exception. Among faculty members, top-earning men outnumber women by nine to one.

The study gathered salary data for employees – including academic, sports and medical-school faculty and staff members – from 93 public and 37 private research-intensive US universities. Where possible, researchers identified the top 10 earners at each institution.

Although most public US universities are required to publish salaries of their employees, private universities have no such obligation, so data for those institutions are largely incomplete. Still, the gender gap at the top is undeniable and pervasive, says study co-author Andrea Silbert, president of the philanthropic Eos Foundation in Harwich Port, Massachusetts.

Women accounted for 60 per cent of all employees, but for only 24 per cent of those with the highest earnings. “We have to address the embedded notions of who deserves higher pay,” says Silbert. “We’re educating people in a system that reinforces gender bias.”

Among universities where the top 10 earners could be identified, only one – the University of Nevada, Las Vegas (UNLV) – had more women than men (six to four). UNLV president Keith Whitfield says that the university is committed to equity in its hiring and promotion practices. “We’re incredibly proud of the contributions women in leadership positions make at UNLV,” he says.

Ten universities had an even split of men and women in their top 10 earners. Those include private institutions such as Duke University in Durham, North Carolina and Cornell University in Ithaca, New York, as well the public University of California, Santa Cruz and University of Minnesota Twin Cities.

Six universities have no women in the top 10 earners, including the private Carnegie Mellon University in Pittsburgh, Pennsylvania, and the public University of Florida in Gainesville and the University of Texas at Dallas.

Data on ethnicity were less complete and opaquer than were those on gender, but disparities were still evident. Of the top earners whose ethnicity could be determined, just over four per cent were African American and less than one per cent were African American women. The report notes that “women of colour are virtually non-existent among top earners.”

The investigation found that nearly one-fifth of the top earners were faculty members, not provosts, chancellors or other university leaders. These faculty members tend to have a long history of winning grants, patents and public attention, Silbert says. And, in this study, 90 per cent of them were men. “I call them ‘celebrity faculty’,” Silbert says. “If you want to address the gender gap between top earners, you have to figure out a way to get more women faculty to the top.”

Faculty members can use public salary reports to their advantage, says Joyce Chen, an economist at the Ohio State University (OSU) in Columbus. Chen says she negotiated a 20 per cent pay raise in 2017 after a check of salary data revealed that she wasn’t paid as much as male colleagues in her department.

The experience inspired her to take a closer look at the salaries at her institution. She co-authored a 2019 paper showing that male tenure-track faculty members at the university earned 11 per cent more than their female counterparts, even after controlling for factors such as experience and department2.

Chen, who is currently the chair-elect of the OSU’s president and provost’s Council on Women, doesn’t know whether gender was a factor in her low pay. The issue certainly didn’t come up during the salary review, when she had to justify a pay rise on the basis of her experience and qualifications.

Universities could avoid such negotiations by being proactive about salary disparities, she says. “Whoever is making salary decisions needs to justify every case where there’s a greater-than-five per cent disparity between people of comparable ranks,” she says. “If they can’t justify it, they need to remedy it.”

The 2020 listing of chief executives of the 500 biggest US companies, compiled by Fortune magazine, includes just 37 women, comprising 7.4 per cent of the total.

The Eos Foundation report also laid out steps that universities can take to close the gender gap in top earners, including setting equity benchmarks, publicizing the results of regular audits and prohibiting questions about salary history during the hiring process. Those questions make it harder for women who are underpaid in their first jobs to catch up, Silbert says.

While the current system is in place, Silbert says women might need extra training in negotiation to get the salaries they deserve. But real change, she says, should start at the top.

“It’s not a great workplace if you bring in two people and you give one person a higher salary because he happened to negotiate for it,” she says. “That’s no way to run a business.”