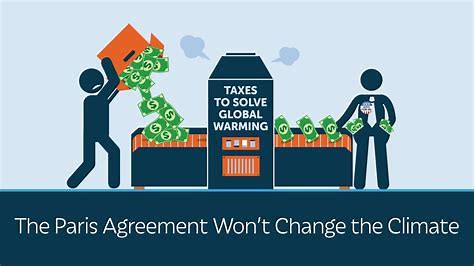 G20 nations talk about climate change, but lack plan for their 2015 Paris Accord obligations

None of the world’s major economies – including the entire G20 – have a climate plan that meets their obligations under the 2015 Paris Agreement, according to an analysis published on Wednesday, despite scientists’ warning that deep cuts to greenhouse gas emissions are needed now.

The watchdog Climate Action Tracker (CAT) analysed the policies of 36 countries, as well as the 27-nation European Union, and found that all major economies were off track to contain global warming to 1.5 degrees Celsius above pre-industrial levels. The countries together make up 80 per cent of the world’s emissions.

The analysis also included some low-emissions countries, and found that the Gambia was the only nation among all 37 to be “1.5 compatible.” As the study only included a few smaller emitters, it’s possible there are other developing countries in the world on track as well.

Under the 2015 Paris accord, more than 190 countries agreed to limit the increase in global temperatures to well below two degrees above pre-industrial temperatures – ideally to 1.5 degrees. Scientists have said two degrees is a critical threshold for some of the Earth’s ecosystems, and is one that would also trigger more catastrophic extreme weather events.

The report comes less than two months ahead of UN-brokered international climate talks in Glasgow, known as COP26. The event’s president, British MP Alok Sharma, has said he hopes to “keep 1.5 alive” as a global warming limit.

CAT reported that progress had stalled after dozens of world leaders made ambitious new pledges to slash greenhouse gas emissions during the US President Joe Biden’s Climate Leaders’ Summit in April.

“In May, after the Climate Leaders’ Summit and the Petersburg dialogue, we reported that there appeared to be good momentum with new climate action commitments,” said Niklas Höhne, a founding partner of the NewClimate Institute, a CAT partner.

“But since then, there has been little to no improvement: nothing is moving,” he said. “Anyone would think they have all the time in the world, when in fact the opposite is the case.”

Six countries, including the UK, have an overall climate policy that is “nearly sufficient,” according to the report, meaning they are not yet consistent with 1.5-degree alignment but could be with small improvements. The UK’s targets are in line with 1.5 degrees, but its policies in practice don’t meet the benchmark.

The overall climate plans of the US, European Union and Japan are not sufficient to reach the 1.5-degree goal, the analysis found, saying that while their domestic targets are relatively close to where they need to be, their international policies are not.

CAT had previously categorised the US as “critically insufficient” – the worst category – under former President Donald Trump, who formally withdrew the country from the Paris Agreement shortly before the end of his term.

The United States’ domestic emission-cutting target has since been upgraded to “almost sufficient.” However, the US is still insufficient in CAT’s “fair share” target rating, which takes into account the country’s “responsibility and capability.”

Under the Paris agreement, countries submitted their pledges to cut emissions, also known as Nationally Determined Contributions, or NDCs. All signatories were supposed to update their NDCs by July 31 this year under the Paris accord. There are still more than 70 countries that have yet to submit an update.

India, Saudi Arabia and Turkey are among countries that missed the July 31 deadline. China, the world’s biggest polluter, announced a new target, but hasn’t formally submitted it to the UN.

And many countries submitted an “update” without actually increasing their pledge. Brazil and Mexico submitted the same targets as they did in 2015. Changes to those countries’ baseline assumptions make their pledges weaker than they were before, the analysis showed. Russia, the CAT report said, submitted an update that looks stronger on paper, but doesn’t amount to meaningful change.

“Of particular concern are Australia, Brazil, Indonesia Mexico, New Zealand, Russia, Singapore, Switzerland and Vietnam: they have failed to lift ambition at all, submitting the same or even less ambitious 2030 targets than those they put forward in 2015. These countries need to rethink their choice,” said Bill Hare, CEO of Climate Analytics, another CAT partner.

The continued use of coal remains a significant policy problem, the report found, with China and India retaining huge coal pipelines. Indonesia, Vietnam, Japan and South Korea are also planning to go ahead with coal use in the future.

CAT also warned that in many countries’ attempts to wean of coal, which is generally the fossil fuels that causes the most emissions, many countries were looking to use more natural gas, which CAT said was being falsely sold as a “bridging fuel.”

The Australian government, which has said it will keep mining coal past 2030, is also investing money into new gas exploration and infrastructure, and “is of particular concern,” CAT said in its report.

Thailand has plans to ramp up new gas as it phases out coal, while the EU is still planning to commit public funding to new gas infrastructure, and various member states are lobbying hard for the continued use of this fossil fuel.

Hare warned against the development of blue hydrogen, based on natural gas, as an alternative to other fossil fuels.

“Gas is a fossil fuel, and any investment into gas today risks becoming a stranded asset. And while interest in green hydrogen has grown exponentially, there is still a large number of hydrogen projects in the pipeline where it’s produced from gas,” Hare said. “Hydrogen produced from gas still produces carbon, and is inconsistent with reaching net zero.”

Cutting emissions is a non-negotiable part of the Paris Accord. Carbon dioxide and other greenhouse gases trap solar radiation in the atmosphere, just like glass traps heat in a greenhouse. This causes temperatures to rise and drives more extreme weather, ice melt, sea level rise and ocean acidification.

To keep the warming under 1.5 degrees, the world needs to reach net zero by 2050, a landmark UN climate science report published in August showed.

Net zero refers to a state when the amount of greenhouse gas emitted is no greater than the amount removed from the atmosphere.

According to UN Climate Change, just over 130 countries have pledged to cut emissions to net-zero so far. The new analysis by CAT found that even if all of them followed up on their plans, warming would still reach two degrees.

If they stick with the policies they have in place, temperatures will likely be 2.4 degrees higher by the end of century.

Temperatures are already around 1.2 degrees higher than they were before humans started burning huge amounts of fossil fuels, so room for error is very limited.

“An increasing number of people around the world are suffering from ever more severe and frequent impacts of climate change, yet government action continues to lag behind what is needed,” said Bill Hare, the CEO of the think tank Climate Analytics and another author of the analysis.

While many governments have committed to net zero, Hare said that without a real action soon, achieving net zero will be “virtually impossible.”