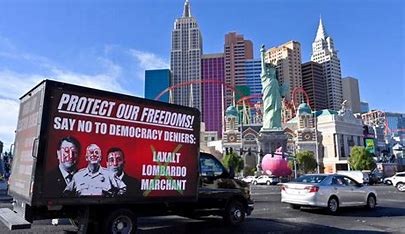 Believe me, it’s strange to be an old man and feel like you’re living on a new planet. On November 7, the day before the midterm elections, I took my usual afternoon walk in New York City and I was wearing a short-sleeved shirt!

That was a first for me. And no wonder, since it was 76 degrees out – beautiful, but eerie.  After all, that’s just not November weather.

By then, in fact, a distinctly unseasonal heatwave that, the previous week, had hit the country from the Great Plains to the Gulf Coast was spreading across the eastern US from Tallahassee, Florida (a record-tying 88 degrees) to Burlington, Vermont (a record 76 degrees).

Temperatures ranged from 15 to 25 degrees above normal. And yet, in a sense, this was nothing new. The worst megadrought in 1,200 years has held the West and Southwest in its grip for what seems like eons now and has evidently been moving toward the middle of the country (with the Mississippi River becoming an increasingly dried-up mud puddle).

Meanwhile, Nicole, a rare November hurricane that formed in the Caribbean, would, sadly enough, spare Mar-a-Lago. However, a distraught Donald Trump, riding it out there (despite state evacuation orders), would react angrily to the political hurricane that clobbered Florida on November 8 when Ron DeSantis swept to a resounding victory amid chants of “two more years!”

Meanwhile, thanks in part to already rising sea levels, Nicole would further erode Florida’s coastline in a telling fashion.

I know, I know, the real story last week was the changing political weather in this country: the angry Donald, Ron De-Sanctimonious, the Red Wave that proved barely a trickle; the surprising importance of abortion to the election campaign; the losses of so many Trumpian election deniers; those endless vote counts that left the Senate miraculously still in the hands of the Democrats and the House barely in those of… well, God knows who the Republicans really are anymore – all of it grabbed our attention big time and, given what’s at stake, why shouldn’t it have?

In a way, Nicole was nothing compared to the tropical storm of political news that swamped us during an election season in which so many Trumpists, including “Doc” Mehmet Oz and Doug Mastriano in Pennsylvania, suffered losses that shocked the former president. They also left some Republicans lambasting him for the first time – Liz Cheney aside – in years, even as he announced his next presidential run.

How our political world does change every now and then (even if only sort of) to the surprise of pollsters and political commentators alike.  I mean who, in recent years, would have dared predict that, in the wake of the 2022 midterm elections, the Murdoch-owned tabloid, the New York Post, would mock Donald Trump on its front page? It featured him as an egg-shaped “Trumpty Dumpty” teetering at the edge of a wall with the headline “Don (who couldn’t build a wall) had a great fall – can all the GOP’s men put the party back together again?”

And yet, sadly enough, you could also say that, for all the hoopla, in certain ways our political system doesn’t change.  At least, not faintly fast enough. In case you hadn’t noticed, for example, there was one issue that couldn’t loom more ominously in this all-American world of ours, that couldn’t be more crucial to our future lives, and that was missing in action during this election season.

I’m thinking, of course, about climate change, the ominous overheating of this planet thanks to the greenhouse gasses that continue to spew into the atmosphere from the burning of fossil fuels.  This very year, it looks as if fossil-fuel emissions will once again rise to record levels.

By the end of 2022, an estimated 36.6 billion tonnes of carbon dioxide (or more) will have headed for that atmosphere on a planet already feeling the heat, literally and figuratively, in a historic (or, under the circumstances, perhaps I mean a-historic) way.

Honestly, how strange this election truly was, don’t you think? And not simply because of Donald Trump and the election-denying candidates he backed. When I consider this planet, the only one we humans have (at least as yet), I find it all too unnerving that climate change didn’t make it into the midterms in any significant or even discernible, fashion.

I’m talking about the very planet on which the heat is increasing in an ever more striking way. Ice is melting from alpine heights to polar glaciers; rising sea levels are imperilling ever more coastal areas; previously unimaginable kinds of flooding are occurring from Pakistan to Nigeria; and record droughts have settled in across much of the northern hemisphere, while famine – actual starvation – is becoming a part of life in an increasingly parched Horn of Africa.

Meanwhile, more people are probably being driven from their homes and lives, not just by us humans but by nature itself and are on the move than at any recent moment in our history.

Worse yet, we know enough – or perhaps I mean should know enough – to realise that life as we once experienced it (note the past tense!) is heading for the history books. In the worst sense imaginable, whether we care to notice or not, we all now find ourselves on a new planet. The scientists who follow this closely have been informing us of just that for years now, as has António Guterres, the head of the United Nations.