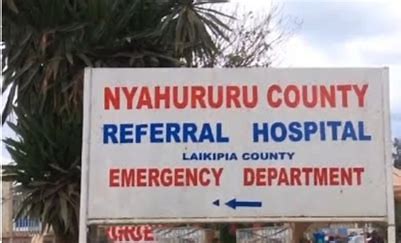 The oldest ‘profession’ in the world is a vice that moralists preach against. Anybody involved in the flesh-pot hunger business is scorned. As the saying goes: perfection is the disease of a (puritanical) nation,” sang American R&B musician, Beyoncé.

A commercial sex worker in Nyahururu town, Laikipia County, north of the capital Nairobi, is among the early graduates of “play safe” HIV campaign. She will remain anonymous for this story.

She says she entered the business 27 years ago after the demise of her husband who was the breadwinner. After years of trading in “natural merchandise” she now is on the forefront of educating freshers in the sex industry on how to “play safe”.

The reformed commercial sex worker was widowed with a one-year-old child – now 22 years – and without an income, she had to find a way of fending for the baby. She now has another girl and a boy who she works hard to feed and keep in school.

“I started commercial sex work at the age of years when my husband who was the breadwinner, died. I did not have a good education. Therefore, I could not secure a well-paying job,” she starts.

She adds, “Business starts from 8pm to dawn and time spent depends on the clients whom we serve. We classify the sessions as ‘short time’ or ‘full time,’ she goes on.

A commercial sex worker Eunice Wanjiku was brutally killed at Salama road. The mother of three narrates how the murders affected her personally: “Eunice was my best friend who introduced me to this business. one day, out of the blues, I received the news of her demise. Those who were with her last say she was strangled to death by a serial criminal. This was a big blow to us. It was a wakeup call. Ours is dangerous profession.”

“What I pray for is I wake up one day and hear the news Eunice’s killer has been apprehended. This is not what we chose for ourselves and not wish for anyone else, bearing in mind the fact that Eunice left behind two kids with no one to look after them.

The commercial sex worker realised the need to create awareness when she came to terms with the fact that she was an HIV positive patient. Until then, she had been in denial about her case.

“When I realised I was HIV positive I started purchasing ARVs and that’s when I met Mr William Ruto who also happens to be from my village,” she says. Ruto is a HIV/Aids counsellor and service provider at the Nyahururu Referral Hospital.

“When the awareness campaign began, we would mostly demonstrate on the streets on how to wear condoms and the correct way to use them.

The 45-year lady says that she would not wish any of her two kids to be in the business.
“I would not wish this (prostitution) for my kids and that is why I work so hard and opt not to tell them the kind of business I engage in. I cannot complain since this job pays my bills,” says the mother of three. In the line of business, she is faced with many challenges to mention but a few.

“In this business, we are faced with many challenges. For example, some clients refuse to pay us; some even beat us up and insist on not using the condom; some have HIV/Aids,” she explains.

Her only wish is for people to appreciate what they do and not judge them as it something they did not wish for. She has advice to the youths.

“I would caution the youth to know that HIV actually exists and that murder meted out on our colleagues is not only in the movies as I have witnessed that happening to my friend. They should also work hard not to be in such a business as it is very risky,” she advices.

“In 2017, we worked together with the commercial sex workers to sensitise people on the need for condoms and how to use them as many reported that cases of HIV/Aids had risen,” says Ruto.

“It has helped so much because the incidence of HIV infections has reduced since then,” he says. “I normally handle 100 patients comprising of both HIV positive and negative patients. It is estimated this is only three per cent voluntary turn up at the Nyahururu Referral Hospital VCT Centre,” says Ruto.