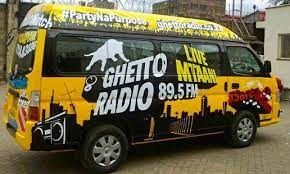 The fact that contact languages are not written, but passed down orally, means they can fade as younger generations move away to seek economic opportunity elsewhere, leaving traditions to elders. On the US Virgin Islands, English gradually became the language of choice and Negerhollands – a creole that originated around 1700 and combined Dutch, English, French, Spanish and African languages — became extinct in 1987.

Attempts to preserve the endangered tongues can be challenge: Just as contact languages command less respect on the outside, the speakers themselves may be reluctant to view them as worth saving, Lee says.

But efforts are afoot around the world. Among these, the Gullah Geechee Cultural Heritage Corridor Commission in South Carolina works to preserve the language of the Gullah people. The Sri Lanka Malay Association aims to maintain the language and traditions of this small ethnic group in Sri Lanka. The Creole Heritage Center and the Louisiana Folklife Center, both affiliated with the North State University of Louisiana, promote Louisiana Creole, which is based on French, some Spanish and native African languages used by enslaved people from the period when Louisiana was French-held territory.

And in Canada, some who identify as Métis — the descendants of First Nations people (primarily Cree) and French fur traders — are working to preserve Michif, a contact language that arose among the Métis that combines Cree and French. It’s listed as critical by the Endangered Languages Project, which tracks at-risk languages including contact languages. There are an estimated 200 Michif speakers left in the world, though Lee estimates that the number of speakers fluent enough to pass on the language to subsequent generations is far lower.

Michif is a contact language that combined elements of Cree and French to produce a new tongue that is spoken by the Métis people of Canada and the United States. Efforts are afoot to try to save the endangered language, which has various dialects, or regional varieties. This video, from the Louis Riel Institute and the Manitoba Metis Federation, includes background on Michif as well as demonstrations of it being spoken.

In the British Columbia area, the Michif Language Revitalization Circle was formed about two years ago and focuses on preserving Heritage Michif — one of four Michif dialects spoken in Canada and small pockets in the United States.

“Luckily, in our group, three of us grew up exposed to our language,” says program coordinator Anita Barker, whose maternal grandfather was Cree and maternal grandmother was Métis. “We’re by no means speakers, but we at least heard it and could speak some when we were growing up.”

The group is trying to create a written, phonetically read form of the language, working with Métis elders who still speak the language and members of the circle who had exposure to Michif growing up.

Though many contact languages face endangerment, others go on to thrive. Gooden points to Nigerian Pidgin English. There are more than 500 languages spoken in Nigeria, and to facilitate cross-communication Nigerian Pidgin has become the universal, everyday tongue of the country.

There have also been moves to legitimize contact languages. In 1987, the government of Haiti made Haitian Creole an official language alongside French. Similar efforts are currently underway in Jamaica.

But then there are tongues like Baba Malay — a combination of Malay and Hokkien spoken by the Peranakan ethnic group in the Malaysian state of Malacca — that only older generations have held onto. That includes Lee’s own grandparents. As these languages diminish, so do the cultures that created them.