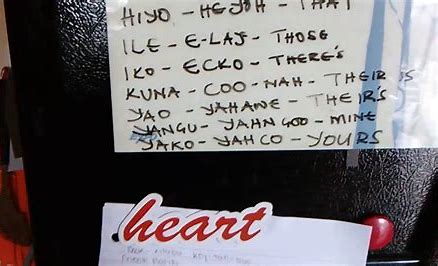 When groups of people who speak different languages come together, they sometimes inadvertently create a new one, combining bits of each into something everyone can use to communicate easily. Linguists call such impromptu tongues “contact languages” – and they can extend well beyond the pidgin and creole that many of us have heard of.

Does speaking two languages enrich the brain? How do class and race influence the labelling of bilingualism as good or bad?

The origin stories of these linguistic mash-ups vary. Some are peaceful, such as when groups meet for trade and need a lingua franca: Nigerian Pidgin English, for example, allows speakers of over 500 tongues to communicate. But others were born of tragedy and violence – like Haitian Creole, Gullah Geechee, Jamaican Creole and many others that arose from the Atlantic slave trade, when West African peoples combined several tongues with English, creating everyday languages often used among slaves.

The emergence of Sheng – a hodgepodge of Kiswahili, English and local languages – in East Africa adds to the medium of communication that is short on structure, lexicon and grammar.

Today, many of these contact languages are lost. Only 200 or so remain – scores of which are at risk of extinction. Linguists and anthropologists who traditionally have focused on the fate of more formal languages are paying increased attention: studying them with greater intensity and working with indigenous groups, international agencies, independent non-profits, academics and others to preserve them.

From pidgins – forms of simplified speech – used for commerce to the more mature creoles that have developed from them, contact languages exist all over the world. Some are transitory; others have persisted for hundreds of years. Through time, some that began as contact languages evolved into more formalised ones, explains linguist Shelome Gooden of the University of Pittsburgh, who as a child spoke English at school but Jamaican Creole – a mix of English and West African languages – at home.

Turkish, for example, is a fully formed language that evolved about 1,000 years ago from an amalgamation of existing Turkic languages, Arabic and Persian languages as well as Greek and Armenian. But Gooden says it shows signs of reduplication, a feature common in creole and pidgin languages wherein existing words in a language are used to create new words.

In Jamaican Creole, for example, “laaf” means simply “laugh,” but “laaf-laaf” becomes “to laugh a lot.” In Turkish, not typically grouped with contact languages, the word “derin” means “deep,” while “derin derin” means “deeply.” Traces like this offer linguists hints about the origins of languages when other historical clues may be missing, Gooden says.

There is a reason contact languages have traditionally commanded less respect, says Nala H. Lee, a linguist at the National University of Singapore who wrote an overview of the status of contact languages in the 2020 Annual Review of Linguistics.

“They’ve been thought to be bastardised versions of component languages from which they have been derived,” she says. “People think of them as being less good or not real languages.” Sometimes derisively referred to as “kitchen languages,” they are spoken in informal settings and are unlikely to be written down or used in official matters such as in court documents.

But they are well worth saving, Lee says. The tongues are part of a people’s cultural or ethnic identity and history: When they disappear, which they do at a disproportionate rate to mature languages, an entire tradition can die with them – the Gullah Geechee language, for example, has a unique culture that comes, along with the tongue, from descendants of the slave trade still living on the southern Atlantic Coast of the United States.

Contact languages also are a trove for linguists studying how languages evolve and how our brains learn to speak them.

In research published in 2018 in Language Documentation & Conservation, Lee surveyed 96 contact languages for endangerment. She scored them by the number of fluent speakers, the extent to which they are being passed to the next generation and how widely they’re used by those who still speak them. Some might still be used in day-to-day trade, while others may be used only at home or small group settings, for example.

Lee says that there are probably a little more than 200 contact languages in the world, 154 of them pidgins or creoles. For her survey, she chose 96 prominent and well-understood examples. Of the 96, 10 had lost their last speaker within the last 50 years — becoming dormant, as linguists put it — and 11 were critically endangered, with less than 10 speakers and a low chance of transmission to the next generation. Five more were severely endangered, with between 10 and 99 speakers left.

In all, Lee’s work suggests that up to 96 per cent of contact languages are either endangered or recently dormant, having lost the last known speakers — compared with less than 50 per cent of the roughly 7,100 total languages worldwide. That means the risk of a contact language disappearing is nearly double that for all languages.

Many contact languages are now threatened, including a few on the precipice of extinction, a state termed “dormancy” in linguistics. Some, like Kodiak Russian Creole, have so few remaining speakers, and were used in such insular situations and places, that linguists don’t know them well.

Others, like Michif, are geographically widespread in Northern America but are spoken only among elder members of a group — in this case, descendants of French settlers and First Nations people, most often Cree.

This is sometimes due to ephemeral needs — the contact that gives rise to a language may not last very long. Lee points to Northern Territory Pidgin English, which came about through trades between British settlers in northern Australia and some Asian countries.

“It quickly became obsolete when trading was halted after 11 years,” Lee says. In other cases, evidence points to deliberate efforts to suppress informal languages. Once the United States took over Hawaii, for example, it banned Hawaiian Pidgin (a combination of English and Hawaiian), as well as the indigenous Hawaiian language, from being used in schools starting in 1896.

Inside Latin America’s $500b loot: We’re not suffering from just one pandemic, we’ve others within Covid context