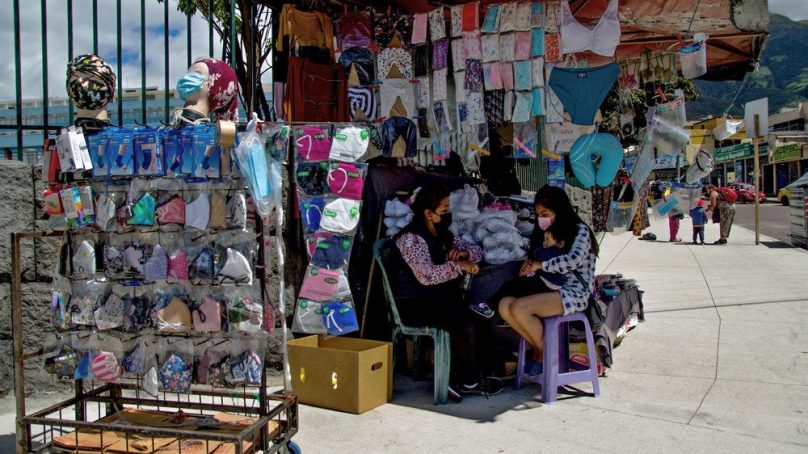 Inside Latin America’s $500b loot: We’re not suffering from just one pandemic, we’ve others within Covid context

Transparency International estimates that an average of more than $500 billion a year is lost to corruption in the public health sector globally. Ravages wrought by coronavirus has made it even worse.

Jonathan Cushing, head of global health at Transparency International said reports of corruption have increased around the world since Covid-19, from expanded trafficking of counterfeit medicines in Southeast Asia to increased bribery for medical treatment in countries across Europe.

In health systems that were already opaque and complex, the pandemic created a setting ripe for large-scale exploitation, he added.

“If you think back to this first wave of massive expenditures in personal protective equipment, ventilators and now vaccines… expenditure’s gone up,” said Cushing. “Where you have those big procurements, there are a lot of vulnerabilities.”

Some aid groups responding to needs amid the pandemic, including those normally focused on very different problems, have found themselves filling healthcare gaps and providing the medicines and equipment public health systems have been unable to provide.

José García, executive secretary of Caritas Ecuador, said the Christian aid group has been forced to channel resources into things like personal protective equipment, food and medicines for over 600,000 people in need since the start of the pandemic.

He said local Caritas offices in some areas have opened small pharmacies and medical clinics for those who can’t access the overburdened public healthcare system or afford private care. As a result, they have had to pause other long-term projects such as agricultural development and training programmes.

“We are not suffering from [just] one pandemic. We have other pandemics that within the context of this [Covid-19] pandemic have worsened and multiplied” García said, listing issues from unemployment and violence to environmental crises and state corruption.

“How terrible,” he added, “that so many political appointees have enriched themselves with the people’s resources.”

Ana María Gómez J., a specialist in internal medicine who has a private practice in Quito, believes Ecuador’s current healthcare crisis is far more down to money going in the wrong directions than just the extra demand because of the pandemic.

“It was because something did not work,” Gómez told The New Humanitarian. “It was not only a lack of management, [not] only a lack of doctors, but many things were not done because resources were diverted.”

And in Ecuador, as well as in other countries in the region, it’s not just coronavirus patients and their families who suffer the consequences.

In June, medical staff and patients held demonstrations outside two state-run hospitals in Quito, and cancer patients rallied in front of hospitals in Guayaquil, protesting the lack of medications causing delays in operations and treatment for chronic illnesses.

Earlier this month, Ecuadorian Health Minister Ximena Garzón said she would declare the public health system to be in a state of emergency due to the medicine shortages, highlighting an urgent need to buy stocks of 124 essential products that are lacking. Some of these shortages have included things like norepinephrine (used to treat people with low blood pressure) and midazolam (used to sedate patients before minor procedures), among others.

In some cases, according to Henríquez-Trujillo, shortages have caused price inflation of up to 800 per cent, putting them even further out of reach.

The New Humanitarian spoke to several Ecuadorians angry at the long delays. Isabel Juela’s husband had recently had to undergo his brain surgery at a private clinic because the state-run hospital in Quito delayed the procedure for months due to a lack of anaesthetics. The family now owes the doctors $15,600 for the surgery.

Lucila Lara was at the Eugenio Espero Public Hospital in Quito, visiting her brother who needs a metal plate implant after being electrocuted and suffering severe burns to his head. Two months on, the operation has yet to be scheduled as the hospital says it lacks the funds to purchase the plate and the medications needed to carry out the procedure.

As Ecuador’s Covid-19 outbreak intensified last year, Gómez, who referred to the rise in untreated illnesses as a co-pandemic, said she started receiving a stream of new patients with fewer resources, desperate for treatment they could no longer receive in state-run hospitals.

“These patients who tell me, ‘I have no attention in the public [hospital], I come to you, whatever it costs me.’ It’s horrible,” Gómez said. “The right to health has not been guaranteed during the pandemic.”

Ecuador’s new government has so far responded to this public health crisis by sending officials to visit hospitals across the country to evaluate the situation.

In June, Vice President Alfredo Borrero called the conditions “deplorable” and proclaimed: “Healthcare is sick.” He promised to fully stock hospitals and improve their condition, but is yet to reveal how the government will do so.

Neither the interior ministry nor the health ministry responded to requests for comment on the corruption scandals in state hospitals by the time of publication.

It submitted these investigations to healthcare officials, the Comptroller General’s office, and the District Attorney’s office in 2019, but none of the institutions ever responded, Rodas Chaves said.

“The corruption mafias are not two or three years old,” Rodas Chaves said. “They have been established in healthcare in the country for more than 10 years.”