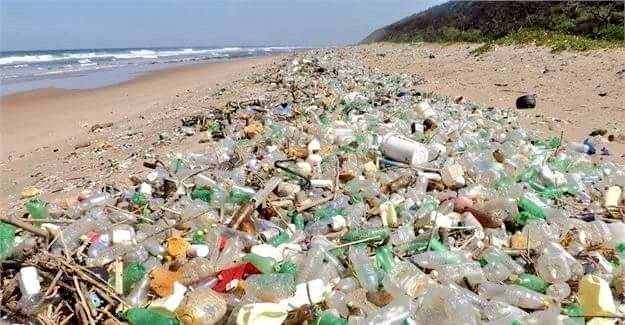 Free trade talks: Greens wary US will bully Kenya to unban plastics use

Kenya and the United States are on the verge of resuming free trade talks amid fears that Washington plastic manufacturers through the American Chamber of Commerce (ACC) are piling pressure on their government to compel Nairobi to unban use of plastics.

Faced with a tanking economy spiralling unemployment, food shores and burgeoning pubic debt, environmentalists are concerned the US could use it to arm-twist Nairobi into acceding to single-use plastics exports to the East Africa nation, which were outlawed in 2017 in a bold move that shocked manufacturers and the business community.

Taking the cue from fellow environmentalists, Greenpeace Africa’s Senior Political Advisor Fredrick Njehu says it would be unethical and a human rights violation if America bullied Kenya into reviewing its laws on use of plastics exchange for access to the US markets.

Prior to the plastics law, manufacturers estimated that the sector accounted for more than 40,000 direct employment.

Mr Njehu says. “The US-Kenya free trade agreement talks should not be used as a justification to undermine Kenya’s efforts to regulate the use of single-use plastics, nor as a guise to gain access to the rest of the African continent. The new office of the US Trade Representative should pursue a new trade policy agenda that includes strong environmental sustainability elements, putting people first and not corporations.”

Of interest to environmentalists and public will be how President Joe Biden, now 70 days in office since inauguration on January 20 this year, will engage his Kenya’s President Uhuru Kenyatta with whom has already preliminary discussion on climate change in a February telephone call. During he call, Mr Biden said he was keen to leverage on Kenya’s leadership on climate change to rally the rest of the world to the common cause of halting climate mess.

Biden’s predecessor, Donald Trump was averse to global climate change campaign and at the time of leaving office he had withdrawn the US from the climate change agenda. Further, he did not care a hoot about the environmental impact of plastics in developing countries. The US and China are some of the world’s leading manufacturers of plastics.

Information issued by the State Department after Biden’s call to Kenyatta said, “The White House said in a statement that Biden applauded Kenya’s leadership in the Horn of Africa and commitment to counter-terrorism, economic growth, addressing climate change, and sustainable development.’”

Plastics have been cited as a major contributor to climate change, hence the move by the world to steer away from single-use plastics in the short run.

In the wake of the discussion on climate change by the two presidents, environmentalists have appealed to Nairobi not to barge and give room for American plastics exports.

In a statement issued by Greenpeace on behalf of other organisations involved in climate change campaign, observed, “The new US Trade representative, Katherine Tai, has an obligation to use trade deals to advance the goal of tackling the climate crisis the world is undergoing, and any further trade agreements that undermines this should be called off. Strengthening global cooperation amongst states should be the panacea of tackling the climate crisis.”

The statement further dissuaded Kenya from being lured into trade deals that undermine its sovereignty.

“Greenpeace Africa hopes that Kenya’s government doesn’t chase every carrot dangling in front of it. Kenya should not backslide on its acclaimed plastic bans now that the trade negotiations have resume,” it said.

The Kenya-US free trade agreement negotiations were formally launched on July last year, months after President Kenyatta and former US President Donald Trump made the announcements in February last year.

However, aware that such agreements come with trade-offs that many times adverse impact on human and environmental rights, Greenpeace launched investigations into the deal that looked skewed in favour of Washington from the onset. Its investigative journalism unit, Unearthed, found that the American Chemistry Council (ACC) was pushing the US Trade Representative to root for a deal that would undo Kenya’s laws and regulations on plastic consumption. The law came in force in august 2017.

The law prohibits the sale and use of plastics carrier bags, which makes the legislation one of strictest in the world. Violations of the law elicit fines of up $40,000, which are out of reach of most Kenyans – even the middle class.

In public letters to the US Trade Representative and US International Trade Commission, ACC wrote, “Kenya could serve in the future as a hub for supplying US-made chemicals and plastics to other markets in Africa through this trade agreement.”

The AVV has been unrelenting in its push for Kenya to relax its existing plastic to make the region’s biggest economy a gateway to Africa for plastic trade.

Going into the talks the Americans have received support from the Kenya private sector, which has in the past argued the plastics law is not a panacea to the country’s pollution problem. In a memorandum to the cabinet secretary for Industrialisation, Betty Maina, the group calls for easing of what describe as punitive legislation.

in a rejoinder to a story published by the New York Times last September, CS Maina said Kenya was not going shelve environment concerns for trade.

The cabinet secretary explained in a story carried by The Star daily, “Kenya will not accept any proposal that goes against environmental laws in its trade negotiations with the United States of America. No such proposal has been brought to the negotiating table. Claims in the story are neither here nor there. We will negotiate with US-guided by Kenyan laws.’’