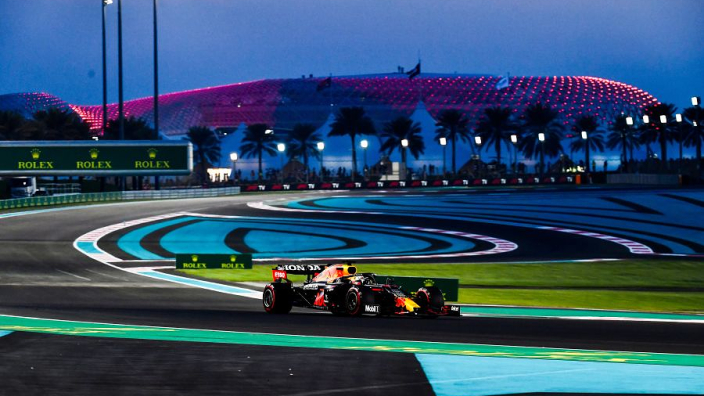 Lewis Hamilton has been denied a record eighth Formula One World Championship title after Mercedes” appeals over the result of the decisive Abu Dhabi Grand Prix were rejected, with Max Verstappen holding onto his maiden crown.

Verstappen’s celebrations were put on hold as he and Red Bull were forced to wait for official confirmation of their victory, which eventually arrived more than four hours after Sunday’s controversial race came to an end.

Mercedes has since announced their intention to launch a second appeal against the outcome, to which Red Bull team principal Christian Horner issued a defiant response, saying he will “fight them in the courts if necessary”.

Defending champion Hamilton had earlier appeared in control with a 12-second lead at a floodlit Yas Marina Circuit, but the high-octane drama took a giant twist as Nicholas Latifi’s crash prompted the safety car to come out with five laps remaining.

Race director Michael Masi initially said the race would be restarted for one last lap without cars unlapping, which would have put five cars between second-placed Verstappen and leader Hamilton.

But the FIA quickly changed their stance as the go-ahead was given for cars to unlap themselves and pass the safety car, leading to a nail-biting one-lap decider between Hamilton and Verstappen.

Red Bull’s Verstappen – who had pitted and was on fresh soft tyres – was able to overtake Hamilton heading into turn five to clinch his first title in dramatic fashion.

An enraged Toto Wolff made clear his protestations to race director Michael Masi over the radio at the time and Mercedes subsequently lodged an official protest to contest the result after consulting the rules and regulations to check whether or not the restart followed the letter of the law.

Mercedes, this year’s constructors” championship victors, launched two protests in total – one for overtaking Hamilton during the safety car period prior to the restart and another for officials failing to follow the rules on safety car procedures.

However, both appeals were thrown out during a lengthy protest meeting, with Verstappen, Christian Horner and the rest of the Red Bull team no doubt breathing an enormous sigh of relief.

In response to Mercedes” first appeal, the FIA statement read: “Mercedes claimed that Car 33 overtook Car 44 during the Safety Car period at 18:32 hours in breach of Article 48.8 of the 2021 Formula One Sporting Regulations.

“Red Bull argued that Car 44 was not “overtaken” by Car 33, that both cars were “on and off the throttle” and that there were “a million precedents” under Safety Car where cars had pulled alongside then moved back behind the car that was in front.

The stewards agreed that while Verstappen had “at one stage, for a very short period of time, move slightly in front of Car 44, at a time when both cars were accelerating and braking”, the Dutchman subsequently dropped back behind Hamilton and “was not in front when the Safety Car period ended (i.e., at the line).”

A separate statement in response to Mercedes” second appeal read: “Having considered the statements made by both parties, the stewards that article 15.3 allows the race director to control the use of the safety car which in our determination includes deployment and withdrawal.

“Although article 48.12 may not have been applied fully with regards to the safety car returning to the pits, article 48.13 over-rides that and once the message “Safety Car in this lap” has been displayed, it is mandatory to withdraw the safety car at the end of that lap.”

The notice added: “That notwithstanding, Mercedes” request that the stewards remediate the matter by amending the classification to reflect the positions at the end of the penultimate lap, this is a step that the stewards believe is effectively shortening the race retrospectively, and hence not appropriate.

“It’s been a very stressful day in general.”

Red Bull boss, Horner, meanwhile, said he was “disappointed” about the protest being launched before showering praise on Verstappen and his team.

“I’m disappointed we had to go through that but, look, it’s been an amazing year,” Horner said. We’re very, very proud of Max and incredibly proud of the whole team. He’s the world champion, he’s the deserving world champion and nobody can take that away from him.”

Horner went on: “We didn’t want it to end in the stewards” room but they’ve come to the right decision. We’re grateful, Michael [Masi] wanted to let it race. We’ve talked about it. Niki Lauda started a concept of “let them race” and that’s what he did.”