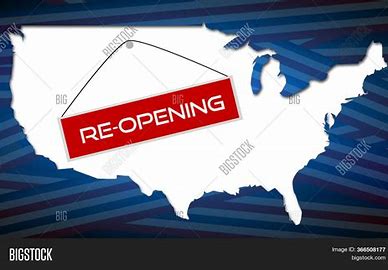 Your chance of being crushed in bed tonight by a falling satellite is minuscule. It is also non-zero. Ronald Howard, a Stanford engineering professor and founder of a discipline called decision analysis, made a point of noting the latter, the risk of splat.

Perhaps best known for studying questions of dangerous thrills – formal processes, often using statistics, to help you decide whether you really want to jump out of that airplane – Howard made the point that risk is a constant undercurrent in life, whether we think about it or not.

Most people sleep soundly with the knowledge of satellites orbiting overhead and cross the street without calculating the odds of a fatal collision. But people don’t blindly fling themselves into traffic, either. Managing the spectrum of life’s risks is a matter of staying safe, but also sane.

Recently, that balance of safe and sane has become more difficult to strike. Choices that had become refreshingly simple and thoughtless early this summer, like entering a grocery store or a bar without a mask, are again more like skydives – re-lacquered with a layer of viral risk.

For me, this realisation dawned about three weeks ago after a series of mask-less errands and gatherings – plus a visit to a dance floor or two – when I wondered, would I do the same thing next weekend? Should I? Could I?

A few days after I was getting low to a 2002 playlist amid a scrum of sweaty strangers, Los Angeles County reinstated its indoor mask mandate.

It was becoming clear that our euphoric reopening had been ill timed, occurring just as the country became acquainted with the highly transmissible Delta variant. Our collective dial had turned too hot, too fast. My inner risk calculator was miscalibrated. Once again, I was asking: How much freedom is too much?

Last winter, during a similar moment of rising case numbers, and before widespread vaccination, I wrote about a project called Microcovid, an online tool built by a group of six roommates in San Francisco that calculated the risk of viral exposure. They called their Mission District home Ibasho, a reference to Ada Palmer’s sci-fi novel Too Like the Lightning.

The point was that they all had things they wanted to do amidst a pandemic – independent lives with partners to see, protests to attend, workplaces to be – but the nature of viruses is that anyone’s behaviour is also a threat to one’s roommates.

Different desires, shared risks. So, they decided to budget their potential viral exposure. Together they agreed on what was reasonable, then they each lived their lives in a way that was consistent with that agreement – freedom, within limits.

There were no epidemiologists to be found in this group of techie thirtysomethings, though they did include a few talented statisticians who could read the latest Covid-19 research and ask experts to push back on their assumptions. Their common unit of account was a one-in-a-million chance of catching the virus, a “microcovid” – borrowing a concept that Howard called a micromort, or a one-in-a-million chance of death.

The calculations figured in the local prevalence of the virus, as well as the expected rate of transmission indoors between people.

From that, they could come up with estimates for various actual situations, based on time spent and crowdedness and various precautions, like wearing masks, opening windows and maintaining distance.

The numbers weren’t perfect. But consistency is the word here. Our brains aren’t good at acting consistently, not in how we behave ourselves or how we coordinate with others. We get enticed by big payoffs, or worry too much about a big risk while blindly taking smaller ones that add up to far more danger.

This is especially true if the risks around us are constantly shifting, as they have throughout the pandemic.

What was remarkable, for all the confusion of last winter, was how relatively simple that consistency was to find. In part, that was because the Ibasho residents all believed in a common set of facts and numbers based on scientific consensus: The virus spread through the air, masks and ventilation worked, being outdoors was better than not.

With those assumptions shared, a surprising number of situations – a grocery store run, an outdoor barbeque, a day at the office – could be encapsulated with relatively few parameters.

By the springtime, the roommates were still tallying up their risk points (for personal accountability, and because the level of freedom fluctuates with the local case rate). But Catherine Olsson, the project’s de facto leader, told me the rubric had helped her internalise what was safe. She knew, for the most part, what her hopes and needs for each week were, and what sort of points they would cost. Pandemic risk had become passive.

That was before this summer’s whiplash, before vaccines appeared to mean the pandemic was over, until it wasn’t. The math is more confusing now, a little harder to intuit. Delta and rising case rates make every activity more “expensive,” because transmission is higher.

But being around other vaccinated people also offers a discount, because those people are less likely to have an active infection (and, potentially, to transmit the virus, though the latest data on that is fuzzier). And as the Microcovid team explains in their July update, getting vaccinated also means a bigger overall budget, because the risks of death and hospitalization are so much lower. The question is how much bigger should our budgets get?

Setting a baseline budget has always been tricky. It’s important, because all the activity calculations revolve around it, but it is also the least grounded in statistics. “It really is about feelings,” Olsson told me at the time – as personal as it is scientific.

For Ibasho, an initial budget of 10,000 microcovids per year was drawn from discussing how they felt about their personal risks and risks to loved ones, as well as a sense of global responsibility – that they could not live outlandishly because they also contributed to transmission of the virus beyond their pod. Variants and vaccines haven’t changed those factors, even if the balance between them has shifted.

I wasn’t at all sure how I felt about my budget. I hadn’t used Microcovid personally outside of my reporting. As a relatively cloistered young adult with one partner and no kids, it just wasn’t pressing to get my risk affairs in order. But this week, feeling jarred by the sudden return to restrictions, I decided to do some calculations on the Microcovid website.

I entered in my activities from the previous few weeks: the unmasked errands, the dinner parties at home, the dance floor. (The last, as I ticked up the number of undistanced participants, eventually blared back a code blood-red: “DANGEROUSLY HIGH RISK.”)

So, would I do it all again next weekend? At current case rates, definitely not. Then I began making adjustments: Adding masks (required now indoors in San Francisco, anyway), reminding myself that an indoor party could probably still happen outside, cutting out the clubbing and remembering that eliminating a few big risks could help me feel better about taking extra smaller ones.

There’s a sad sum to those calculations: that life, in August 2021, is not about living in the moment, but about the sum total of our experiences. It’s about reframing the risks of a global pandemic into a series of street crossings, not setting them out of mind like satellites buzzing harmlessly overhead.

That’s hard to take more than 500 days after San Francisco’s initial shelter-in-place order – to be typing life’s pleasures into a calculator and tabulating the damage, and acknowledging that one’s possibilities have limits. But it felt like a healthy practice, laying it all out. And maybe it would hasten a return to living more freely.

I had kept my budget restrictive because cases in California are climbing fast, but I also knew that, as a vaccinated person, I would loosen it somewhat when this surge ebbed, as it eventually will. We will be living with viral risk for the long term, and with precautions against it. For me that life will include getting low once the case counts do too.

Get rid of Arteta and Edu, a bunch of chickens can manage Arsenal better than the two jokers