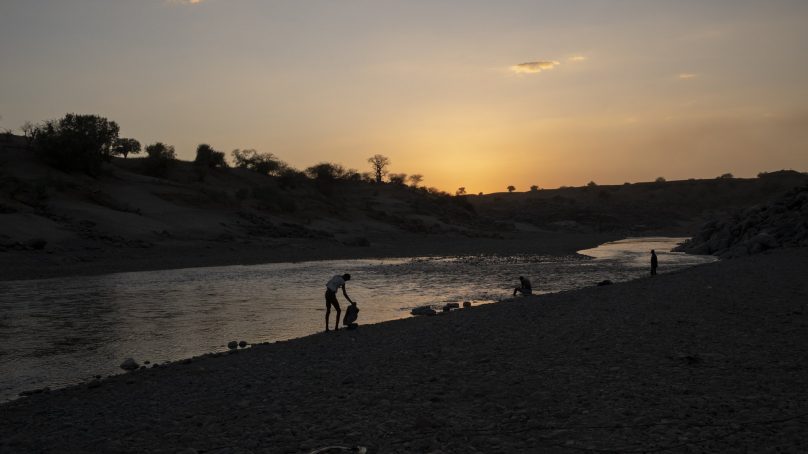 Ethiopia’s nine-month-old war in Tigray is spilling across regional boundaries to new parts of the country, triggering growing fears of starvation and atrocities as fresh reports emerge of another possible massacre.

Tigrayan forces have advanced deeper into the neighbouring Amhara and Afar regions in recent days, passing through the outskirts of Lalibela, one of Ethiopia’s most popular tourist towns, famed for its historic churches hewn from rock. The government has mobilized ethnic militias to battle the Tigrayan advance, raising the spectre of further escalation in a war that is already believed to have killed tens of thousands.

At least 30 bodies, some with gunshot wounds or bound hands, have washed up in Sudan after floating down a river from western Tigray, according to several media reports on Monday, quoting Sudanese authorities and other witnesses. One report said more than 40 bodies were found in the river.

Many Tigrayans on social media said the bodies were evidence of a massacre in the town of Humera, where Tigrayans are allegedly the victims of an ethnic-cleansing campaign by Amharan militias who have laid claim to western Tigray. The Ethiopian government said the massacre reports were false propaganda by Tigrayans.

The United Nations food agency, the World Food Programme, warned 400,000 people in Tigray will face starvation and death by next month if emergency aid does not reach them.

The UN children’s agency, Unicef, issued its own grim prediction, estimating at least 100,000 children in Tigray could suffer life-threatening malnutrition over the coming year – a tenfold increase from annual levels of hunger. It also reported 47 per cent of pregnant and breastfeeding women in Tigray are acutely malnourished, heightening the risk of death for underweight infants and women in childbirth.

“This malnutrition crisis is taking place amid extensive systematic damage to the food, health, nutrition, water and sanitation systems and services that children and their families depend on for their survival,” Unicef spokesperson Marixie Mercado told a briefing on Friday.

About 90 per cent of Tigray’s six million people are dependent on emergency food supplies, and hundreds of thousands are suffering faminelike conditions as a result of the war.

Ethiopian authorities have been accused of blocking access to Tigray for convoys of trucks with emergency supplies of food and other aid. The UN says it needs to send 600 trucks of relief supplies to Tigray every week, but only a small fraction has been allowed in. One convoy was attacked and looted by gunmen on July 18, and more than 200 trucks were blocked from entering Tigray last week.

At its warehouses in Tigray, Unicef had only enough therapeutic food supplies for fewer than 7,000 children, Ms Mercado said.

The Canadian ambassador to the UN, Bob Rae, voiced his concern about the blocked supplies. “The government of Ethiopia has a legal and moral obligation to allow the passage of humanitarian assistance to northern Tigray,” he said in a tweet.

The US foreign-aid agency, USAID, said the humanitarian supplies “face a constant stream of bureaucratic delays [and] demands for additional approvals.” Aid workers and convoys “have been rigorously searched and attacked,” it said.

“With these delays and impediments, humanitarian aid cannot possibly reach the scale required to address the vast needs,” the U.S. agency said in a statement on Friday. “Fuel shortages are particularly concerning … leading hospitals and water pumps that rely on generators to stop functioning.”

The Tigrayan advance into neighbouring territory, combined with the government’s decision to mobilize regional militias, “is exacerbating an already grave humanitarian situation for civilians in the affected regions and putting at risk the stability of the Ethiopian state,” the agency said.

The spread of fighting into the Afar region, for example, has forced an estimated 74,000 people to flee their homes, the UN says.

At least 14 aid workers have been killed in Tigray since the beginning of the war. Pro-government social-media accounts have claimed that relief agencies are delivering weapons to the Tigrayan forces – a claim that has jeopardized the lives of the aid workers, according to human-rights groups.

Samantha Power, the administrator of USAID, is visiting Ethiopia this week and has requested a meeting with Ethiopian Prime Minister Abiy Ahmed. She is expected to push for the removal of government obstacles to humanitarian supplies in Tigray.

Mr. Abiy has been criticized recently for describing the Tigrayan fighters as “weeds” and “a cancer” – terms that have been denounced as inflammatory hate speech and incitement to violence.

“The use of pejorative and dehumanizing language … is of utmost concern,” said the UN special adviser on the prevention of genocide, Alice Wairimu Nderitu, in a statement on Friday.

She did not name Mr Abiy but quoted his words and referred to “top political leaders.” She warned of a “dangerous trajectory” in Ethiopia.

“Hate speech, together with its propagation through social media, is part of a worrisome trend that contributes to further fuel ethnic tensions in the country,” she said, adding that atrocity crimes in other countries have often been preceded by similar rhetoric.

Ethiopia sent its troops into Tigray last November after the region pushed for greater autonomy and refused to postpone its elections. By the end of November, it had captured the Tigrayan capital, Mekelle, and declared victory. But the Tigrayan forces fought a guerrilla resistance and then recaptured Mekelle in late June.

Ethiopia has declared a unilateral ceasefire in Tigray, but the rebel leaders have said they will keep fighting until the blockade of humanitarian supplies is lifted and until there is an agreement on a political dialogue on Tigray’s future.