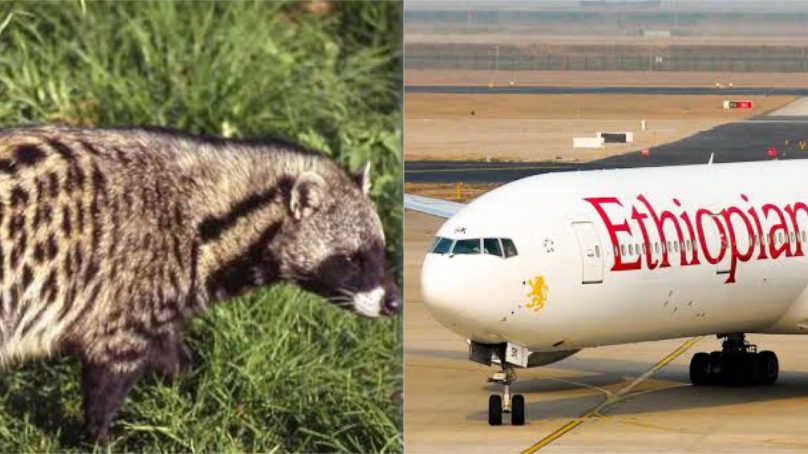 Ethiopian Airlines is accused of shipping live wild animals around the world for luxury use. The exotic pets from mainly West Africa pose huge biosecurity and disease risks, besides the threat they pose to wildlife welfare and conservation, World Animal Protection says in a report published on August 31.

Ethiopia Airlines is, however, just one among many airlines that are involved illicit wildlife trafficking. The report titled Cargo of Cruelty reviewed social media activity to demonstrate how airlines are fuelling wildlife trade – enabling the international transport of wild animals to meet the global demand for exotic pets.

“The global supply of exotic pets is largely undocumented and regulation is insufficient. The report also identifies aspects of the trade that may not comply with international legal requirements, and shows that legality does not guarantee the wildlife trade is safe, sustainable or humane,” the report says.

Against this backdrop, World Animal Protection wants Ethiopian Airlines and other airlines to be compelled to restrict trade, with immediate action on species that are high biosecurity risks. The objective is steer airlines away from transportation of wildlife for commercial exploitation and as luxury exotic pets.

It says Ethiopian Airlines, the largest aviation group on the African continent, is a major enabler and the most frequently used airline transporting animals out of West Africa in this report.

“Many of these animals are threatened with extinction or have unknown or declining wild population trends. They suffer when they are captured and kept in cruel conditions, which can leave them stressed and vulnerable to infection or death,” it explains.

Not only is the global wildlife trade considered to be one of the leading causes of ecosystem collapse and biodiversity loss globally, but exploitation of wildlife also poses huge biosecurity risks.

More than 70 per cent of zoonotic emerging infectious diseases are thought to originate from wild animals, with poor welfare conditions and proximity to people creating the ideal situation for viruses to mutate and spill over to humans.

The report provides the most detailed insight to date into the diversity and global extent of wildlife trade originating from West Africa, a recognised trade hub and major exporter.

Specifically, it reveals, the research found, “Two hundred different species, including 187 vertebrates, were advertised as available for sale or export by just two wildlife trader social media accounts in Togo, West Africa, between 2016 and 2020. Over seven per cent of the species identified in the social media posts are classified as either Vulnerable, Endangered or Critically Endangered according to the IUCN Red List of Threatened Species, demonstrating that species threatened with extinction are caught up in the trade.”

It found that at least four of 33 Ethiopian Airlines shipments analysed, carried mammals of high biosecurity concern, including African civets, primates and marsh mongooses to destinations in Italy, South Korea, Thailand and Malaysia.

The others are genets, rough-scaled lizards, African spurred tortoises, Savannah monitor lizards, green bush vipers, chameleons and scorpions, which are among the most frequently shipped animals via Ethiopian Airlines.

There are concerns that the airline is not operating in compliance with International Air Transportation Association (IATA) Live Animal Regulations. The report documented animals such as tortoises, packed so tightly they struggle to fully extend their head and neck during the journey. Airlines violating these regulations may be subject to legal penalties, according to IATA.

There are also concerns that some shipments of wild animals currently regulated under the Convention on International Trade in Endangered Species of Wild Fauna and Flora (CITES) left Togo and Ghana without the required permits or in excess of agreed export quotas.

Wildlife Campaigns Manager for World Animal Protection Patrick Muinde, points out that while the world still grapples with the pandemic, it is important to remember how it is believed to have all started – the wildlife trade.

“People continue to be subjected to travel restrictions to stop the spread of disease, so it’s shocking to know that wild animals of high biosecurity risk are being flown around the world, going under the radar. We could have a trojan horse situation as wild animals are known to pose disease risks. We need to stop pathogens spreading, and the most effective way to do this is to stop them being placed on an airplane in the first place. The luxury exotic pet trade is a good place to start,” says Dr Muinde.

He adds, “The pandemic has painfully demonstrated that the current state of the luxury exotic pet trade not only risks animal welfare, but public health and economic security in West Africa too. West Africa’s wildlife is being exploited and large swathes of animals are depleting at a concerning rate. This is being driven by international consumers for luxury purposes, with the reckless exotic pet trade being a major contributor. Wild animals are the victims – suffering unthinkable cruelty in the process.

Muinde observes that Ethiopian Airlines has an important role in connecting Africa to the world anf there should take the lead in protecting wildlife.

“They are importing lifesaving Covid-19 vaccines, but at the same time, by exporting live wild animals, they could be transporting dangerous pathogens around the world.  The airline has a responsibility to safeguard against future pandemics and protect the continent’s incredible wildlife,” he says of the contradiction in Ethiopian Airlines business approach.