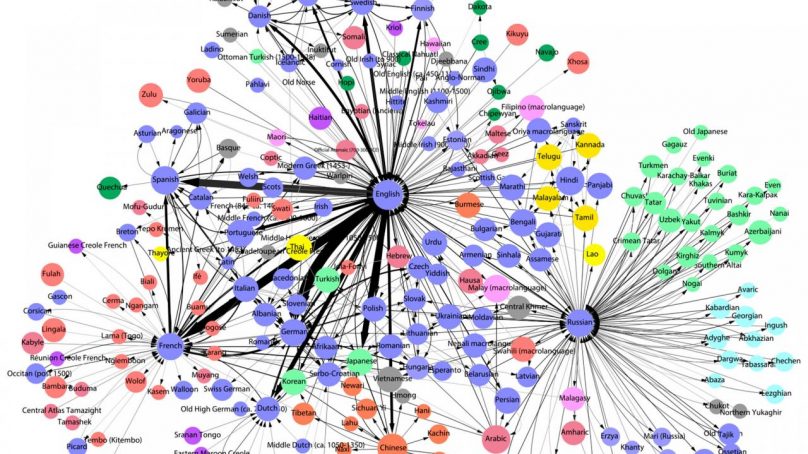 English is big and baggy, a good language of science, but precision is tough

English is the international language of science, for better or for worse, but most of the world’s scientists speak it as a second language. We shoulder an extra career challenge: not only must we gain command of our science, but we must also be able to write to professional standards in a foreign language to communicate that science.

Junior researchers who are not native anglophones will greatly boost their career prospects by finding a good language mentor, and hiring them for important jobs. It’s worth every penny, and it’s a learning experience each time.

I’m a native speaker of Hebrew, which is part of the Semitic family of languages – alongside Arabic, which I learnt at school. English is in the Indo-European family, so it is radically different, and I found it more difficult. Before starting my undergraduate degree in chemistry in 2002, at the age of 27, I left Israel to study English in the United Kingdom.

I went on to study English, Spanish, Italian, French and basic science in the United States. So, I’ve had the benefit of dipping my toes in a number of languages, as well as swimming in Hebrew and English.

I’m now a mid-career researcher in nanobiotechnology at Monash University in Melbourne, and I’ve called Australia home for nearly a decade. There are six people on my research team, five of them second-language English speakers. Writing highly technical English is crucial to our science. Our topics embrace cell biology, materials science and chemistry, so, at any point, our text must make sense to both non-experts and experts.

To me, English is suitable as an international language in a number of ways: on the surface, it’s easy enough to convey basic meanings when conducting trade, business and tourism and on news sites and social media. In most contexts, it doesn’t matter if you misuse ‘the’ or ‘-ing’, or get the word order wrong.

There are almost no conjugations or declensions; no linguistic gender; no tones to distinguish between words, as occurs in the Sinitic (Chinese) language family; plurals are generally straightforward; and, although the spelling is chaotic, once you get a feel for the typical patterns, it’s not too hard.

But when meanings are complex and technical, precision is a must. Then, English becomes a difficult beast to wrestle with. I know many researchers who reach a certain level of skill in English, then plateau. But for me, writing science precisely in English is a lifetime’s journey that is intimately bound up with my scientific thinking. That’s where a mentor can make all the difference.

I first met my mentor when he was contracted to help one of my senior colleagues to make the language and strategy of a grant application more competitive. Later, he helped me to improve my own grant applications, as well as the text of a few major articles that my group was co-authoring.

He does this either by sharing my document online through a screen-sharing programme while we chat on Skype (in what he calls “talk/type sessions”) or, more conventionally, by remotely editing it using tracked changes and adding many comments in the margins.

Either way, his focus is always on both immediately improving the text at hand and helping me to develop my self-editing skills in the longer term. Knowing each other’s style of interaction has been important for me to get the most out of working with him.

I especially like his tips for streamlining grammar, as well as instances in which he highlights a line and asks which three words we can get rid of. The answer is usually like watching the pins fall at a bowling alley.

The Australian poet and broadcaster Clive James once called English “big and baggy”. I can’t disagree: the vocabulary is gigantic, given the English language’s habit of borrowing freely from other languages. Furthermore, the grammar – the way meanings are coded into wordings – is extraordinarily supple, confronting us with an often-confusing array of nuanced choices, many of which will be ambiguous. Therein lies the problem: the expanse of the language makes it easy to write wordy fluff. But nanobiotechnology is already hard enough to absorb without pulling our readers through a cloud as they try to extract the propositions.

Worse still, we outsiders to English are likely to have been taught to use elaborate wording and long sentences to show our authority on a topic. Ironically, English is the opposite: the language is at its most elegant when plain and simple. But simplicity is hard in English! You can see it at work in the best writers’ prose: spare, direct, a gentle bouncing from cadence to cadence, the strong syllables arranged like stepping stones.

So why should plain and simple be superior? English syllables aren’t particularly pretty – certainly not as attractive as those in French or Russian, in my opinion – and they can pile into each other glutinously, as I’ve shown twice in this sentence.

In a clever double pun, French philosopher Barbara Cassin has called English “Globlish” (global and globby); it was a little unfair, but there’s an element of truth to it. The genius of English at the hands of a good writer is its rhythm, and that rhythm comes through simplicity.

Another shock to my Hebrew hard-wiring was the importance English speakers place on front-ending their message. In many languages, you might expect readers to feel an obligation to stay with the text throughout, but in English, I’ve developed a healthy fear that my readers will skim-read unless I state the essence at the opening of a section or paragraph, then walk backwards explaining it.

Perhaps anglophone readers are more selective or less patient, although I sense that other languages are catching up in this respect, as academics worldwide become increasingly time-poor.

There are no silver bullets. We can’t expect our native English-speaking colleagues and co-authors to be our language coaches. And yet, as mentors of early-career scientists – whether they’re native or non-native English speakers – we have a duty to help them communicate their advances effectively.

I strongly feel that institutions should offer systematic one-on-one feedback on language in article manuscripts, teaching through editing and discussion. This is expensive, so it needs to be rationed fairly. But I believe it’s a cost-effective way to increase a university’s performance.

My language mentor says that working with me makes him reflect on English in ways he wouldn’t otherwise – I teach him, he says. Full disclosure: he nipped and tucked this piece, and made a few helpful suggestions

Science espionage: China in a corner as US ‘varsities tighten rules on research