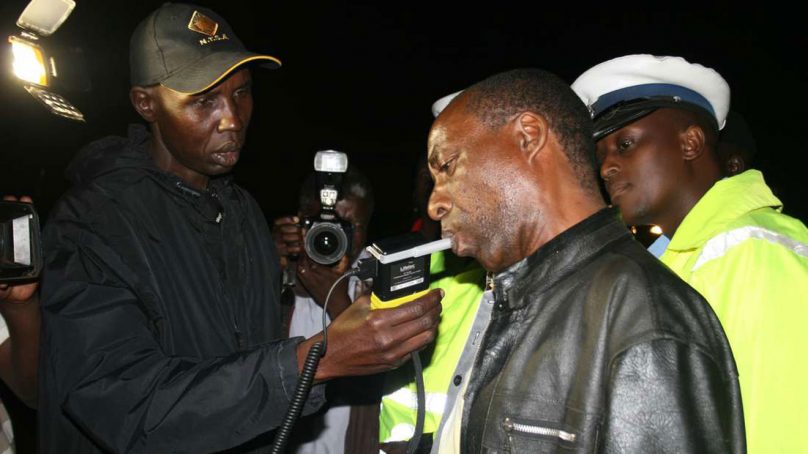 Until very recently, most of us hardly gave a second thought to breathing. As essential as it is for life and survival, we took it for granted, an act as natural as…well, breathing.

Since the Covid-19 pandemic swept the world, however, we have all become more aware of our own breath and especially the breath of those with whom we come into close contact. But there is a lot more that can be learnt from the composition and chemistry of the air we exhale.

Breath analysis technology has advanced dramatically since then, of course, but the technology that people are most familiar with is a forensic one: the roadside breath test for alcohol.

Many people will have seen the occasional driver being asked to blow into a hand-held device to test their sobriety. Similar tests for driving under the influence of drugs are beginning to be developed and comparable techniques are now used in diagnosing lung conditions including Covid-19.

The hope is that, after the pandemic passes, techniques developed for diagnosing this viral infection will find other applications in respiratory medicine and beyond.

The presence of alcohol in the exhaled breath of drinkers is obvious to anyone who has spent time in crowded pubs and bars. There is a strong, direct correlation between the concentration of alcohol in a sample of blood and in the exhaled breath, which permits the analysis of breath as a surrogate or proxy for laboratory analysis of blood samples.

Furthermore, it is relatively easy to detect and measure alcohol (the simple ethanol molecule, C2H5OH) in the breath because it is volatile: that is, it evaporates readily at body temperature and is emitted and easily measurable in exhaled breath.

In the 19th century, people curious about the effects of alcoholic drinks on behaviour wondered whether ethanol should be treated as a food, a medicine or a poison. This coincided with rapid developments in analytical chemistry and applying these techniques to analyse biological specimens.

The discovery that a small proportion of the alcohol a person had consumed was measurable in samples of blood, urine and exhaled breath was a prerequisite for the later development of tests for intoxication.

The first practically useful instrument for analysis of breath was christened the Breathalyser – the name given to the first instrument produced in the mid-1950s, but a word now used for any such device.

“The first instruments for analysis of breath were very bulky and awkward to carry around,” says Wayne Jones, a forensic toxicologist at the University of Linköping in Sweden. “But even then, as with the hand-held electronic devices we use today, the instruments were calibrated to translate the readings into the equivalent blood-alcohol concentrations.”

Today most nations have enacted statutory alcohol limits for driving in terms of the equivalent concentrations measured in blood, urine or breath. For example, in England and Wales, “over the limit” means at least 80mg alcohol in 100ml of blood, 107mg in 100ml of urine or 35µg in 100ml of breath.

Over the years, three basic analytical technologies have been incorporated in instruments used by the police for breath-alcohol analysis – photometry, spectroscopy and fuel cell technology – and these differ in accuracy, precision, specificity and ease of use.

In the original breathalyser, exhaled breath was passed through a mixture of potassium dichromate (K2Cr2O7) and sulfuric acid in a glass vial. The potassium dichromate crystals oxidise any ethanol present, and the associated colour change in the oxidising agent from orange-yellow to blue-green can be measured and used to calculate the concentration of alcohol in the original breath sample.

More precise quantitative analytical methods, particularly infra-red spectroscopy, came to the fore in the 1970s and 1980s and the predominant method incorporated in the hand-held roadside screening testing in use today is electrochemical oxidation.

Ethanol serves as a fuel and, when oxidised, generates a measurable electrical signal. “Today’s small, handheld electronic devices used by police forces throughout the world are all based on electrochemical oxidation”, says Jones.

These small devices, however, are not accurate or precise enough to be used as evidence in court. If the roadside breath test is positive, the suspect is taken to the nearest police station for a more sophisticated breath test – most often using infra-red spectroscopy – under controlled environmental conditions.

This is necessary if a prosecution is to succeed, but it is not ideal: blood alcohol concentrations fall as ethanol is being metabolised in the liver, so a driver who, according to the roadside test, is just over the legal limit is likely to be under the limit when the second evidential test is carried out.

This can, of course, be allowed for, but it is difficult to account for varying metabolic rates of ethanol in the body, which might vary from 10 to 25mg per 100ml of blood per hour. It can be a particular problem in remote areas where the nearest police station may be many miles away.

There is, therefore, a need for new tests that are both compact enough to be used at the roadside as well as accurate and precise enough for the results to be used in court. The Parliamentary Advisory Council on Traffic Safety (Pacts), a charity that works with, and provides the secretariat for, the All-Party Parliamentary Group for Transport Safety, is running a competition for companies interested in developing reliable roadside breath testing technology that meets the high standards required. “The roadside tests that we currently use aren’t getting it wrong, but we still need improved accuracy, precision and reliability, and that need has sparked the competition,” says Evan Webster, policy and research officer at Pacts.

Hunter Abbott, managing director of AlcoSense, based in Maidenhead, UK, is one of those who this competition aims to reach. He set up the company, which designs and makes commercial breathalysers, after a close call in 2005. “I was matching my drinks with a friend at another friend’s wedding; we both drove home at noon the next day, he was stopped and found to be over the limit, which led to him losing his licence and later his job,” he explains.

Now, Aloneness products are principally used by transport companies and by individuals who need to avoid this unintentional “morning after effect”. They are relatively cheap and easy to use, with improved versions of the 1960s potassium dichromate test at the lower end of the range and fuel cells at the upper end. Their top-end gadgets are close to the accuracy and precision required for evidential use.

AlcoSense manufactures breathalysers for the European market, and so must be able to adapt them to test for the different – and stricter – limits that apply there. Most of the continent uses a blood alcohol limit of 50mg per 100ml, with Poland and a few Scandinavian countries opting for an even stricter 20mg per 100ml. Scotland adopted the European 50mg per 100ml standard in 2014. The difference, as Abbott explains, is stark.

“At the Scottish limit, you are five times as likely to be involved in a fatal crash as you would sober; at the English limit, you are 13 times as likely and even with only 10mg/ml you are still 37 per cent more likely,” he explains. “Most UK drivers wouldn’t dream of drink driving, but it’s surprisingly easy for residual alcohol to be left in your system the morning after the night before. This risk curve is why it’s so important for drivers to know when they’re clear of alcohol the next day.”

But even the tiniest amounts of alcohol can affect your ability to drive. Theoretically, the best limit to set would be zero, but this is technologically problematical as illness, medication or even in some cases normal metabolism might lead to false positives. Diabetic ketoacidosis is a key example.

People with diabetes who are dependent on insulin may, if their insulin levels drop too far, develop this condition in which the body burns fat instead of sugar for energy releasing volatile ketones and these could trigger false positive readings in some breathalysers if the limit is set too low. “The safest and most practicable limit is probably 20µg/m,” says Abbott, and Webster agrees.