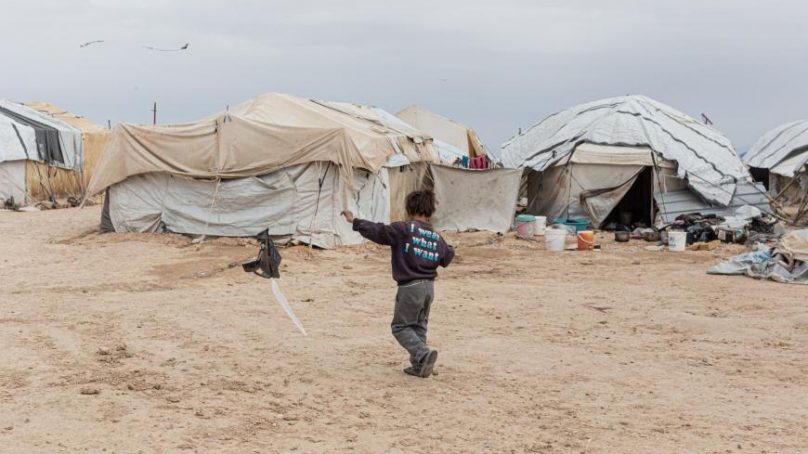 Regional authorities in northeast Syria are unlawfully detaining an estimated 40 Ukrainian women and children in inhuman and degrading conditions in camps.

Investigations by Human Rights Watch revealed that the women and children are among more than 43,000 foreigners that have been linked to the extremist armed group Islamic State (ISIS) that have been detained by Syrian regional authorities. The majority of the 40 are children, some as young as two.

In a March 25, 2021 letter, human rights organisations urged Foreign Minister Dmytro Kuleba to take prompt action to assist and repatriate the Ukrainian in the region and children. They also sent a letter to Ukraine President Volodymyr Zelensky with the same request.

“Ukrainian women and children are being held in horrific and appalling conditions while their government chooses to look the other way,” said Yulia Gorbunova, senior Ukraine researcher at Human Rights Watch. “The Ukrainian government should comply with the regional authorities’ repeated calls for countries to bring home their nationals, prioritising the most vulnerable.”

None of the 40 has been taken before a court or investigated or prosecuted for any crime and their indefinite and arbitrary detention by the armed forces of the Kurdish-led Autonomous Administration of Northeast Syria violates international law.

A recent report by the organisation found that the conditions in these camps are often inhumane and life-threatening, with growing insecurity and shortages of vital aid. Covid-19 presents another threat to the lives of these detainees, with the United Nations reporting at least 8,537 cases of the virus in northeast Syria as of February 2021.

The Ukrainian government has repatriated only nine Ukrainian citizens, two women and seven children, from northeast Syria. The government should work with local authorities to repatriate the remaining Ukrainian nationals. Children who are in the camps with their mothers should be repatriated together, in keeping with the children’s right to family unity, HRW said.

Upon transfer, home or abroad, detainees can be provided with rehabilitation and reintegration services and, as warranted, investigated and prosecuted. Children who lived under ISIS and any women trafficked by ISIS should be treated first and foremost as victims. International standards require authorities to seek alternatives to prosecuting children and prohibit the detention of children except as a last resort and for the shortest appropriate period of time.

The Ukrainian government should also immediately increase consular assistance to its citizens and humanitarian aid to the camps and prisons in northeast Syria to complement – not replace – repatriations, the organisation demanded.

Ukraine is one of at least 58 countries, including France, Germany, and Russia, with citizens being held as ISIS suspects and family members in northeast Syria, Iraq, Libya, and Turkey. Many countries cite the potential security risks posed by repatriations as a reason for not bringing home their nationals. Yet failing to protect these detainees poses a potentially larger risk, Human Rights Watch said.

“Detaining people in such inhuman and degrading conditions is clearly prohibited under international law,” Gorbunova said. “Ukraine, like all countries whose nationals are being held as ISIS suspects, has a responsibility to protect its citizens and uphold their rights.”