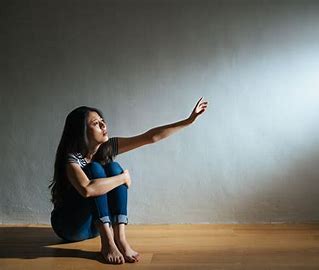 “I have to come home every day and look at your shitty face,” the man barks to his partner. “When we married, you were hot. Look at you now. You look like shit.” The man advances, knocking the phone to the ground, until his face looms menacingly close.

This harrowing scene is not what it appears to be. The victim isn’t a real person – she’s the virtual reality avatar of a man already imprisoned for domestic abuse. The scenario is unfolding, in 3D, inside a VR headset strapped to the prisoner’s head. And it’s part of a novel intervention. The idea is that by experiencing domestic abuse through the eyes of the victim, abusive men might gain some insight into their acts – and empathy for the women.

Some new ideas for rehabilitating abusers would certainly be welcome: Domestic violence affects about a third of all women at some point in their lives, according to the World Health Organization. And while some jurisdictions require people convicted of domestic violence to participate in intervention programmes, there is limited evidence that these treatments prevent offenders from harming their partners again.

Virtual reality can give participants the illusion of being in a different body. This video shows how researchers create this illusion and then use it to put men in the body of a female victim of domestic abuse.

That’s where virtual reality might help, say the researchers behind this approach. When combined with traditional techniques that psychologists and social educators use to enable abusers to understand their behaviour from the perspective of the victim, they say, the VR intervention could make existing programs more effective.

Already, authorities in some parts of Spain have integrated this VR exercise into their prison-based intervention programmes for batterers, and researchers in Finland are beginning to examine it too. But does it make a difference? The evidence, while scant, looks promising so far.

The virtual reality tool exploits the brain’s constant efforts to maintain awareness about its body and that body’s whereabouts.

“Our whole lives, when we look down towards ourselves, we see our body move. If I look at my hand, and I move it, it’s my hand I see move,” says Mel Slater, a computer scientist at the University of Barcelona in Spain who is part of the team that developed the abuse scene.

By meddling with the sensory in-puts the brain receives, VR can manipulate this body image.

The abuser wears a head-mounted display and two hand units that detect his posture and body movements. As a result, the 3D female avatar that the abuser “becomes” in the virtual scenes will mimic his movements exactly: If the user raises his hand, for example, the avatar moves her hand too.

Mirrors inside the virtual room also allow the user to see the reflection of this virtual self, completing what researchers call a “full body ownership illusion,” in which the brain makes sense of the inputs by assuming that this female form is, indeed, its body.

“You know it’s an illusion, but that doesn’t stop it from happening,” says Slater. Virtually, the abuser now exists in this female body, and is watching the events unfold from her perspective.

The experience of being virtual victims affects the men profoundly, says Nicolas Barnes, a forensic psychologist who works in Spain with the Catalan justice department’s rehabilitation program in prisons. “Normally, when the perpetrators start a session, a lot of them think that it’s a sort of game,” he says.

“But when they are into the scene, they are impacted. Some perpetrators cry.” Some of the attendees have told Barnes after a session that they feel ashamed of their behaviour and better understand its negative impact on their family. Six Catalan prisons are now using the tool, and the plan is to expand its use across Catalonia.

Putting VR headsets on convicted criminals to improve their emotional skills may seem a bit outlandish, but virtual reality already has a strong track record in the field of mental health. Studies have shown, for example, that when therapists treat people suffering from fear of heights by gradually exposing their patients to the fearful stimuli, virtual reality-powered exposure therapy is nearly as effective as conventional exposure therapy.

VR-based applications are also being used successfully in the US to alleviate symptoms of post-traumatic stress in veterans.

In 2010, a team of researchers led by Slater and Mavi Sanchez-Vives, a neuroscientist at the August Pi i Sunyer Institute of Biomedical Research in Barcelona, began applying this technology to the field of domestic abuse intervention.

They developed their VR tool after consulting extensively with gender violence experts to learn about domestic abusers and how batterer intervention programmes work. The researchers first tested the VR scenario with men not implicated in domestic violence, and later started using it with domestic abusers who had been required to attend a rehabilitation programme as a condition of their probation.

A person demonstrating the virtual-reality gear required for the domestic abuse simulation. A headset shows the simulation, which changes to track the direction of gaze as the person moves his head. The hand controllers detect hand movements so that his virtual body’s hands make the same motions within the simulation. Together, these create a strong illusion that the man’s virtual body is really his own.

In one study, the scientists tested the abusive VR application on 20 domestic abusers and 19 men with no history of intimate-partner violence. Before and after experiencing the simulation, the participants took a computer-based emotion recognition test in which they were asked to identify emotions such as happiness, fear and anger on faces.

At first, the offenders had a harder time classifying emotions correctly than the non-abusers, the researchers found – in particular, they were more likely to identify fearful expressions as happy. This fits with previous research finding that violent individuals tend to lack empathy and process others’ emotions poorly, and that this can contribute to their violent behaviour.

AI: Training machines based on earlier examples can embed past prejudices, uphold discrimination