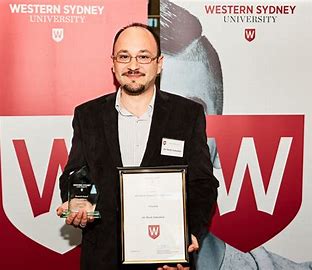 For a long time, it was thought that the only way to really learn a language was to do it early. It was thought that after adolescence, you couldn’t learn a language perfectly. You were always going to be accented. But we now know that that’s not true, because there are many people who learn languages as adults, and they learn them very well. So, this has led us to re-examine what it is about learning a language during childhood that makes it different from adulthood.

In the Annual Review of Linguistics, psycholinguist Mark Antoniou of Western Sydney University in Australia outlines how bilingualism — as he defines it, using at least two languages in your daily life — might benefit our brains, especially as we age. He addresses how best to teach languages to children and lays out evidence that multiple-language use on a regular basis may help delay the onset of Alzheimer’s disease. This conversation has been edited for length and clarity.

Here is what Dr Antoniou has to say in an interview about language acquisition:

Learning languages as a child is different from doing so later in life, right?

Is your brain more ready and more flexible — what we call more “plastic” — when you’re a child, and then it becomes more rigid and fixed as an adult? Or is it that the conditions of language-learning are different when you’re a child, in terms of the amount and type of input you receive, how much slack you’re afforded and how much encouragement others give you? An adult who is working two jobs and going to language classes at 7 o’clock at night has a different type of acquisition than a child constantly receiving input from the mother, grandmother, father or other primary caregiver.

Ultimately, the difference between language-learning in children and adults is probably some combination of the two: plasticity and conditions. There are also individual differences. If you put different people in the same situation, some people will flourish and others will struggle.

Does a bilingual brain age differently than a monolingual one?

We know from studies that starting at the age of about 25, your brain starts to decline, in terms of working memory, efficiency, processing speed, those kinds of things. As you age, these declines become steeper. The argument is that as we get into older age, bilingualism puts the brakes on and makes that decline less steep. Evidence from older adults is the strongest kind supporting a bilingual advantage.

When you look at bilingual individuals who have suffered neurodegeneration, their brains look damaged. From their brain scans, you’d think these people should be more forgetful, or that they shouldn’t be coping as well as they are. But that’s not the case. A bilingual brain can compensate for brain deterioration by using alternative brain networks and connections when original pathways have been destroyed. Researchers call this theory “cognitive compensation” and conclude that it occurs because bilingualism promotes the health of both gray and white matter.

Graphic of a brain showing parts affected by bilingualism. As bilingual individuals age, their brains show evidence of preservation in the temporal and parietal cortices. There also is more connectivity between the frontal and posterior parts of the brain compared with monolingual people, enhancing cognitive reserve.

As bilingual individuals age, their brains show evidence of preservation in the temporal and parietal cortices. There also is more connectivity between the frontal and posterior parts of the brain compared with monolingual people, enhancing cognitive reserve.

Could learning a language later in life keep Alzheimer’s at bay?

That is a working hypothesis. We’re doing studies where we teach a foreign language to people aged 65 and up with the goal of promoting healthy brain function, even at such a late point in life. What we’re testing is: Can we help people in old age by using language-learning? Does that give you some benefit in terms of a “use it or lose it” approach to brain health?

The initial signs are encouraging. Preliminary data look good. It seems that learning a language in later life results in positive cognitive outcomes.

Because language-learning and use is so complex — arguably the most complex behaviour we human beings engage in — it involves many levels. You have speech sounds, syllables, words, grammar, sentences, syntax. There’s so much going on; it really is a workout for a wide brain network. And those areas of the brain overlap with the ones in which aging adult brains show decline or neurological pathological disease. As a result, we argue that learning a second language would be an optimal activity to promote healthy aging.

But not enough studies have been done to settle this once and for all. And we don’t know any of the details. How much language experience is needed? Does it matter which languages you learn? Do you need to achieve a certain level of proficiency? We don’t have answers to these questions.

Does speaking two languages enrich the brain? How do class and race influence the labelling of bilingualism as good or bad? Join us to explore the neuroscience and social context of bilingualism. Register now!

What advice do you have for parents raising bilingual children?

My advice would be to be encouraging and patient. Bilingual children have a tougher task than those learning only a single language. They’re learning two sets of vocabulary and speech sounds. It can be challenging for those of us living in a country with a dominant language to establish a functional purpose for the second language. A child needs to feel that the language is practical and has a use. Grandparents are great for this, and so is living in a community where there are cultural events or schools where children can be immersed in the second language.

Another concern parents bring up is worrying that their child might be mixing the languages. Don’t worry about what we refer to as “code mixing.” It’s a perfectly normal part of bilingual development. They’re not confused. It’s thought to be a sign of bilingual proficiency or competence to mix up the languages.

What other research are you doing in this area?

I’m interested in trying to understand why sometimes we see a bilingual effect, and other times we don’t. In one article, I proposed that maybe the language pairing matters. If you speak two distant languages, like Mandarin Chinese and English, would that result in similar types of brain changes as speaking two closely related languages, like German and English?

Maybe if the languages are closely related, they’re competing more and you have a harder job of separating them, to avoid using the wrong word at the wrong time.

Maybe if they’re more distant, then you can’t rely on prior knowledge from learning the first one to learn the second. In that case, you’re starting from scratch with the second language, and that’s more effortful at the initial learning stages. But once you’ve learned the two languages, perhaps there’s less competition.

Low Covid morbidity in children: They seem to have an innate response that’s ‘revved up and ready to go’