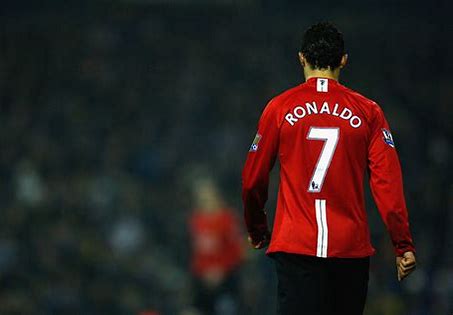 Cristiano Ronaldo, please go to Saudi Arabia; we’re sick of the pageantry you engender and encourage

An unnamed club from Saudi Arabia has reportedly offered Ronaldo a two-year contract worth £2 million($2.5 million)-a-week. Manchester United would pocket a £25 million ($30 million) transfer fee, while the megastar’s representatives would earn a tidy £17 million ($20 million).

Nearly quadrupling his wages, it must be a tempting offer; hopefully tempting enough, so we can be rid of him.

When I say ‘we’ I don’t just mean England – a fellow European nation is still too close. Saudi Arabia is far enough away that those who want to completely ignore CR7 can do just that, save what we assume will be the next three or four major tournaments as he refuses to be dropped from the Portugal squad.

But that’s fine, we can just about bear him for a few weeks here and there.

Ronaldo returned to Old Trafford at the start of last season to much fanfare and SIU-ing. The United fans and Premier League broadcasters were understandably beside themselves with joy. He’s one of the greatest footballers ever. And then he scored goals, 24 of them, as he’s been conditioned to do in an outstanding career in which he’s won a ludicrous number of team and individual awards.

There were many, including a minority in the United fanbase, who questioned his worth to the team despite those goals. It was a trade-off: Ronaldo scores but makes everyone else plays worse and feel miserable. That was the narrative among the Ronaldo naysayers. Right or wrong, United feel the juice is worth the squeeze. For them, Ronaldo was not the problem last season. And they may well be right.

Erik ten Hag believes, or at least has been told by his bosses, that United are better off with Ronaldo in the squad. Fair enough.

He’s asked to leave the club as he wants to “play in the Champions League for the remainder of his career”. Quite the kick in the teeth from a man who has consistently declared his love for the Red Devils and is taking home £550,000 a week. He lost a lot of fans with red-tinted spectacles that day. But more amusing than that – if indeed you do find that funny – no bugger wants him.

His agent, Jorge Mendes, had a meeting with Chelsea owner Todd Boehly, who didn’t say no, before Thomas Tuchel did. Mendes offered him to Paris Saint-Germain, who have “no space” for him. Real Madrid don’t need him, and neither do Bayern Munich, who have locked Robert Lewandowksi up and thrown away the key. Liverpool and Manchester City have already secured big-money strikers this summer, and the rest of the Champions League-playing sides are too cash-strapped to offer him a realistic contract.

Barring an extraordinary, and quite possibly very damaging, offer, it looks as though Ronaldo will not be playing Champions League football next season. It means he’s faced with a decision between staying at United, where his friends have dwindled through both his desire to leave and the timing of the announcement, or a move to Saudi Arabia, or some other far-flung land where he can earn ludicrous sums for what we assume he would deem to be little footballing reward.

I hope it’s the latter and know I’m not alone. I’m sick of the pageantry he engenders and encourages. I’m sick of the arrogance, the arm waving, the way he storms off the pitch, and more than anything else, the way in which those juvenile, obnoxious behaviours are excused by others and sold to the rest of us as competitiveness.

“What a great example to young footballers he is,” some Ronaldo stan dressed in a suit will say in a BT Sport studio. Is he bollocks? You can be a world-class footballer and not be d*ckhead.

So please, unnamed Saudi Arabian club, up the ante and take him off our hands.