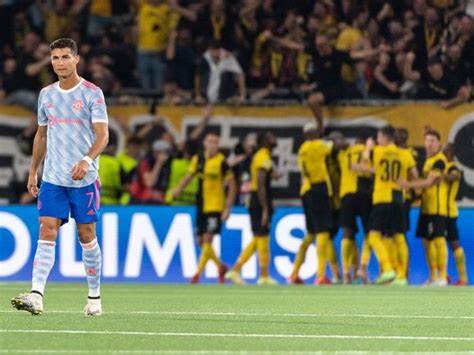 Cristiano Ronaldo was back at it again just three days after enjoying his dream second debut for Manchester United, scoring another goal on a night where he further etched his name into Champions League folklore.

The 36-year-old returned to the club at which he spent six trophy-laden years between 2003 and 2009 earlier this summer and picked up where he left off on Saturday, scoring twice in a 4-1 win over Newcastle.

Despite his exertions at the weekend, Ronaldo was selected to start against Young Boys by Ole Gunnar Solskjaer, ensuring he drew level with his former Real Madrid teammate Iker Casillas as the competition’s record appearance maker.

And Ronaldo, typically marked his 117th game in Europe’s elite club competition by scoring the opening goal of the match in the 13th minute, latching onto Bruno Fernandes’ superb cross with the outside of his right foot and arriving bang on time to prod the ball through the legs of David von Ballmoos.

Barring an injury, Ronaldo, who is already the leading scorer in the competition, will break the record during the group stages, potentially in United’s next match against Villarreal later this month.

What was shaping up as a straightforward night for United, meanwhile, was rendered eminently more difficult 10 minutes before the break when Aaron Wan-Bissaka was sent off for a dangerous tackle on Christopher Martins Pereira.

Attempting to retrieve and errant first touch, the United right-back caught the Luxembourg international above the ankle and gave referee Francois Letexier little choice but to brandish the red car.

Solskjaer reacted by bringing on Diogo Dalot at the expense of the unfortunate Jadon Sancho, and made a further defensive tweak at the beginning of the second half, introducing Raphael Varane in place of Donny van de Beek.

Having surrendered their momentum, United retreated deeper and deeper towards their own goal and it was no surprise when Nicolas Ngamaleu poked the home side level midway through second period.

United rarely threatened thereafter and were duly punished with the last kick of the game when Theoson Jordan Siebatche latched onto Jesse Lingard’s wayward backpass and beat David de Gea with a shot that bobbled over the United goalkeeper’s outstretched leg.