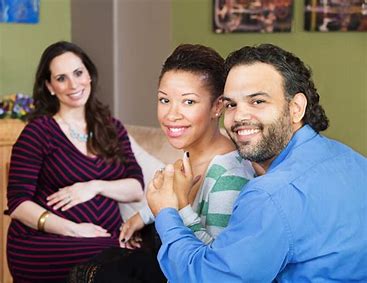 Rumours and myths about Covid-19 vaccine effects on all aspects of reproduction and sexual functioning have spread like a Delta variant of viral misinformation across social media platforms, where people swap rumours of erectile dysfunction and fertility disruptions following vaccination.

Yet studies so far have not linked the vaccines with problems related to pregnancy, menstrual cycles, erectile performance or sperm quality. The evidence does show that Covid-19 can involve problems in all of these areas.

Health officials have tried to ease concerns by explaining that data from clinical trials and hundreds of millions of vaccinations support the safety of the shots. Scientific American spoke with four experts in reproductive and sexual biology about pervasive myths, the evidence against them and the real damage to health caused by Covid-19.

Below is a series of conclusions that can be drawn from studies of vaccinated people and those who have had the disease.

The US Centers for Disease Control and Prevention updated its recommendations in early August, strengthening its advice that people who are pregnant or breastfeeding should be vaccinated against Covid-19.

The UK’s Medicines and Healthcare Products Regulatory Agency (MHRA) found this month that “there is no pattern … to suggest that any of the Covid-19 vaccines used in the UK increase the risk of congenital anomalies or birth complications. Pregnant women have reported similar suspected reactions to the vaccines as people who are not pregnant.”

If infected with the virus, pregnant people are at highly increased risk for severe disease and complications from Covid-19, compared with their same-age counterparts, says Tara Shirazian, an associate professor and a gynaecologist at NYU Langone Health.

The immune system effects of pregnancy itself make an infection about five times more likely, says Jane Frederick, a reproductive endocrinology and fertility specialist and medical director of HRC Fertility in California. “You get infected more quickly, and pregnant women can go downhill fast,” she adds.

People should take the opportunity to get vaccinated before conceiving, but the vaccine is safe across all three trimesters of pregnancy, says Mary Rosser, director of integrated women’s health at the Department of Obstetrics & Gynaecology at Columbia University Irving Medical Center.

In early August, 22 medical groups released a joint statement saying that “the best way for pregnant individuals to protect themselves against the potential harm from Covid-19 infection is to be vaccinated.”

The vaccines show no fertility effects, including among people using assisted reproductive techniques.

One origin of fertility falsehoods about the vaccines may be a letter co-written by a former Pfizer researcher and sent to the European Medicines Agency (EMA) in December 2020. The two authors asked that all vaccine studies be suspended.

They claimed that vaccine-induced antibodies against a protein that SARS-CoV-2 uses to enter human cells might also attack another human protein needed for embryo implantation. SARS-CoV-2 is the virus that causes Covid.

A study published in June 2021 compared the success of transferring embryos to women who carried antibodies to SARS-CoV-2 after vaccination or infection to success rates among those without antibodies. The presence of antibodies did not appear to affect such rates during 171 transfer attempts.

Stress may be responsible for menstrual cycle problems following vaccination. Some vaccinated women have reported disruptions to their monthly cycle.

“We are not dismissing them,” Rosser says. “What they say about their own bodies is important, and they know their bodies best.”

But nothing in the vaccines is a likely candidate to explain these complaints. Experts agree that a probable indirect factor is stress. Getting a new vaccine is itself stressful, Shirazian says, and many kinds of stressors can throw off a menstrual cycle. The physiological effects of these tensions might disrupt pathways that drive menstrual timing.

The good news, Rosser says, is that any menstrual effects appear to be transient. “I’ve talked to enough women in the last eight months, and it seems as though whatever it is, it’s short-lived,” she says.

In early August EMA released a report noting that no cause-and-effect association had been established between complaints of menstrual disruptions and Covid19 vaccination. Separately, MHRA found no link between menstrual disorders and Covid vaccines.

Some descriptions of menstrual problems mention clotting during heavier periods. Shirazian says that the term “blood clot” as it relates to menstrual flow is different from the term used medically to describe a clot in a blood vessel. “They have nothing to do with each other,” she says. The clotting of menstrual blood happens as the blood exits the vessels and is not a risk for blocking flow to tissues.