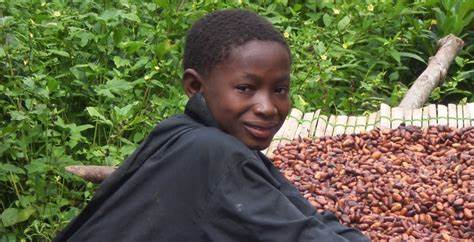 Recent statistics on world chocolate industry lay bare how exploitative the beverage’s market is, with cocoa farmers in West Africa forced to make do with a paltry six per cent of total revenues.

Leading chocolate companies have since 2001 made pledges to end widespread abusive labour practices, but continue to fall short.

In Ghana, local firm Federated Commodities has demonstrated that it is only by improving the cocoa supply chain with experienced local oversight that ethical, sustainable and profitable cocoa and chocolate industries can exist.

Cocoa is essential to the livelihoods of up to 50 million people around the world, including around five million smallholder farmers.

West Africa, mainly Ghana and Ivory Coast, produces about 70 per cent of the world’s cocoa on 1.5 million farms with the majority of the crop coming from small farms (of about three-five hectares).

Adamu-Zibo observes that cocoa farmers work very hard, often under strenuous conditions, yet don’t earn enough to cover their basic needs. Although the worldwide chocolate market is valued at $103 billion, she says, on average farmers earn only about six per cent of the chocolate industry’s total revenues.

An estimated 1.56 million children work on cocoa farms in Ghana and Ivory Coast, according to Ghana’s umbrella labour union – the Ghana Federation of Labour.

About 43 per cent of children aged 5-17 in the two countries are engaged in hazardous work, including exposure to agrochemicals for lack of protective equipment, the use of dangerous tools and working at night.

Despite years of pledges from chocolate manufacturers to end abusive employment practices in their supply chains, there has been a 14 per cent increase in the number of children working in cocoa farms over the past 10 years, accompanied by a 62 per cent rise in production.

The Director of Impact at the Fairtrade Foundation, Louisa Cox, cited in a Guardian article suggested that “long-term finance, training and technical services and helping farmers diversify beyond cocoa” is needed to address child labour in the cocoa industry.

These are all measures that Federated Commodities (FedCo) – an indigenous licensed buying company (LBC) founded in 1996 in Ghana – has a sustained track record of taking stock.

“As an affiliate company of Global Haulage, FedCo engages in the supply of traceable and certified cocoa beans to help promote sustainability in cocoa production through community development and capacity building of farmers. Under this programme, farmers are trained on adult literacy and good agricultural, business and social practices, which empowers them economically,” Hajia Maria Adamu-Zibo told AfricaLive.net, an online publication.

Adamu-Zibo explains, “The wellbeing of the farmer is of high priority to us. We strive to have a relationship beyond just transactions with the over 50,000 farmers who make up our supply base. We were amongst the first indigenous privately owned firms to go into sustainability. FedCo has achieved several milestones since then. We have 300 employees, 1,700 purchasing clerks, a larger fleet of vehicles, as well as an affiliate company that does not only cocoa haulage but also other endeavours related to the industry.”

The FedCo chief executive adds, “We have also touched the lives of countless farmers and communities across Ghana through social interventions. The FedCo Cocoa Farmers Association consisting of 15,000 farmers provides social benefits, including financial benefits and loan facilities to set up farms to buy agricultural inputs and to send their children to school.”

She says some 3,000 farmers have benefited from financial support that exceeds $500,000 to improve their farming activities. FedCo has since 2012 supplied over 44,000 metric tonnes of sustainable cocoa beans and invested about $7 million in sustainability through training, cash premium payments and various projects.”

On diversification beyond cocoa, she says, “We have diversified into the cashew market, which gives us a great alternative during the lean cocoa seasons. Part of our community engagement drive is getting into farm service agreements with individual farmers. Deals like that will see us take care of their yield in exchange for the commodity after harvest.”

The LBC plans partnerships with academic institutions to impart technical and financial management skills to improve farmers’ lives and the cocoa industry.

“Training programmes for farmers are also part of our agenda so that they can learn how to diversify crops and make use of crop by-products. We are also teaching them financial literacy skills to empower them to better manage their finances. Since October 2018 about 2,032 farmers have enrolled in FedCo’s Village Savings and Loan Programme, run in partnership with Solidaridad West Africa, which enables farmers to save for their future and fund their ventures. We have had interactions with the Kumasi Technical School about the possibility of their students making tools that can help farmers break the cocoa,” says Adamu-Zibo.

With more partnerships and funding, Federated Commodities aims to be able to do more, for more communities.

FedCo has a long-term agreement with Valrhona, a French premium chocolate manufacturer that sources and transforms the finest cocoa to make high-quality chocolate. The agreement allows Valrhona to source cocoa directly from 1001 producers in eight communities in Ghana’s Western region.

Community leaders put a premium on improving educational facilities. A subsequent assessment of schools shows 30 per cent of students learn in deplorable conditions, while a third of children were out of school. In 2017, Valrhona launched a five-year project to improve access to education and learning conditions for the communities’ 4,882 children.

Cocoa farming is the economic base of Asamankese town, in Ghana’s Eastern Region, but the farmers have struggled with skilled labour and agricultural inputs, which has contributed to limited yields and little to no profit.

FedCo has been working with farmers in Asamankese to improve production and yield by providing skilled labour and inputs such as fertiliser.

As one of the top foreign exchange earners for Ghana, cocoa is central to the country’s economy. The cash-crop is a key source of livelihoods for generations and successive governments have explored interventions to revamp the sector.

Interventions by the Ghana Cocoa Board (Cocobod) under President Nana Akufo-Addo’s administration, have since 2017 included increasing volumes of cocoa production through improved agronomic practices and increasing producer prices.

In September 2020, the government announced a 28 per cent increase in guaranteed producer price it pays to farmers for the 2020/21 growing season. The price rise is due to the implementation of a price floor of $2,600 per tonne and a living income differential of $400 per tonne to put more money into the hands of farmers. Ivory Coast is taking similar steps.

“Cocoa is not just a cash crop for us; it has also become part of our politics. The cocoa sector feeds about 800,000 people in the country and issues that affect the industry can be quite emotive. Unfortunately, the industry has suffered a dip in production in recent times occasioned by climatic changes as well as factors such as disease,” says Hajia Adamu-Zibo.

The government is focusing on increasing production while also encouraging diversification in the overall agricultural sector to boost national revenue.

Cocoa and cashew processing provide employment and incomes many people in Ghana and Ivory Coast. The other crops the government is focusing on are coconut and rice production to ensure the agricultural sector reduces reliance on cocoa.

With the African Continental Free Trade Area agreement set to commence in January 2021, Hajia Adamu-Zibo has expressed optimism that Ghana stands to gain more as long as the country improves its skills base and makes production funding more accessible.

Fund launched to speed up access to clean energy in Kenya