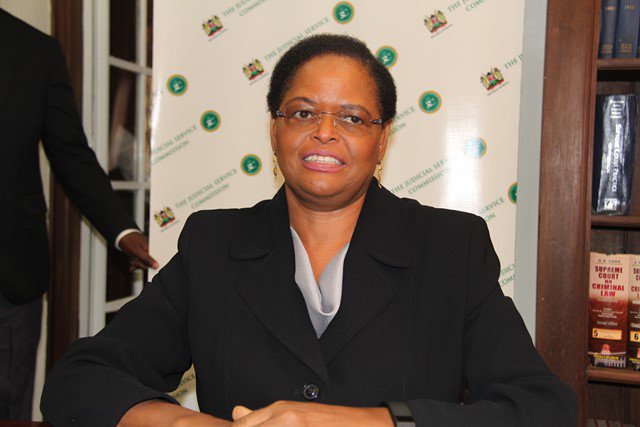 The independence and integrity of the Kenyan judiciary is once again under intense scrutiny following the nomination of the Court of Appeal Judge Martha Koome to replace David Maraga, who retired at the beginning of this year as chief justice and president of the Supreme Court.

To gender activists, the ascendancy of Justice Koome to helm of the judiciary is a major achievement in the struggle for equality. However, questions about her suitability and credibility will remain a subject of divided opinion for a long time, hence the controversy about her meteoric rise to the top after just 13 years in the judiciary.

Koome’s contemporaries in the heady days for the political pluralism and gender equality under the Kanu regime, lawyers Judy Thongori and former Deputy Chief Justice Nancy Baraza hailed the nomination and described her as honest and capable of upholding the rule of law and rooting for constitutionalism.

Inside and outside the legal fraternity, though, Koome will struggle to shed the “system’s Chief Justice” tag, which Law Society of Kenya President Nelson Havi linked to ‘cartelism’, ethnicism’ and ‘clique-ism’ in the judiciary and executive. Mr Havi, who elicited flak during an interview with Citizen Teleview on the day Koome’s nomination was communicated to President Uhuru Kenyatta – the appointing authority – complained further that she harbours strong cultural prejudices that do not support the discharge of justice.

Havi’s fellow discussant in the talk-show, Kamotho Waiganjo, dismissed the LSK president’s fears as unfounded and calculated to injure the reputation of Justice Koome. Waiganjo described the nominee as a defender of human rights who had the courage to confront totalitarianism in the 1990s when few people would have dared to put their necks on the chopping board for the common good of ordinary Kenyans.

The perception that her nomination was predetermined has been heightened by the hurry with which the process to install her is being handled. As soon as he received her name from the interviewing commission, President Kenyatta forwarded it to Parliament for vetting within hours.

The process has elicited the interest of the judiciary, which for more than a year has been waiting for the president to appoint 40 nominees for the Court of Appeal, Environment and Lands Court and the Employment and Labour Relations Court, whose names were forwarded to him more than a ye ago.

There is talk on the Bench and the Bar that Koome’s succession of Maraga was predetermined and the interviews were just a formality necessitated by constitutional requirements. Reaction to the fast-tracking of the elevation of Koome to chief justice has been fast and furious with a number of the candidates to appeared for the interview questioning the criteria used to settle on her name. There have been insinuations that the commissioners were bullied by the executive into nominating Koome.

As serious doubts mounted about the merit and authenticity of the outcome, candidates who appeared primed for the vacancy – Justice William Ouko, Senior counsel Fred Ngatia and law lecturer Prof Moni Wekesa – are said raised he red-flag about the unanimity of the verdict. Taking a cue, America-based law scholar Makau Mutua and the Law Institute have moved to court to compel JSC to make public the scores of all the scores of all the candidates.

The petition by Prof Mutua and others, which has since been overtaken by events, reads in part, “That pending hearing and determination of the petition and injunctive order do and is hereby issued prohibiting the JSC from forwarding the names of the persons nominated for recommendation for the appointment to the position of chief justice and judges of the Supreme Court to the president, unless and until the respondent provides sought in the petition.”

Koome finds herself as a victim of political reality outside her remit has the three arms of government and key departments and agencies under them are headed by members of the Gema community. President Kenyatta heads the executive, National Assembly Speaker Justin Muturi presides over legislature while Justice Koome is poised to head the judiciary.

Justice Koome, who shot to prominent as a gender and human rights activist through the International Federation of Women Lawyers (Fida-Kenya), had an outside chance of rising to the helm of the third arm of government, which since the promulgation of the 2010 Constitution, has been a thorn in the flesh of the executive and the legislature.

Justice Koome will be Kenya’s 15 chief justice since independence in 1963.

With ethnic and gender factors taking centre stage, the tussle for the position narrowed to Justice Ouko and Prof Wekesa because Justice Koome and Mr Ngatia share ethnicity with the president because they hail from the populous Gema communities, which are also in-charge the National Assembly, the military and security forces. On the gender basis, Deputy Chief Justice Philomena Mwilu represented women, a factor that was considered good enough to lock Koome out of the Supreme Court.

However, there was no equivocation about the president’s preference, who has been under pressure to rein in runaway corruption as he lays out plans to perpetuate – indirectly – his clout in public affairs as curtains come down on his presidency. The president is said to be keen to protect his underbelly through unabashed choice of henchmen.

When the Supreme Court quashed his re-election in 2017, Kenyatta warned after recapturing the seat that he would “revisit” the issues around the composition and authority of the Supreme Court. The public interpreted the threat as an attempt to enervate the judiciary and make it subservient to the executive as he has done with the legislature.

As the public came to terms with the nominations of the Koome, Kenyatta University political science lecturer Edward Kisiang’ani questioned her suitability to head a critical arm of government that adjudicates on presidential election disputes.

“Can the University of Nairobi confirm this? If true, why would JSC opt for a person with a pass when there are people with first class honours, upper second-class honours, and lower second class? Ideally a pass candidate shouldn’t be admitted to a master’s class,” Dr Kisiang’ani posted on is Twitter handle. He attached a copy of a list of 1986 law class that shows Koome’s performance was abysmal.

Against this backdrop, it is inexplicable how Justice Koome was admitted into the London University’s masters programme.

Therefore, questions about merit and her suitability are expected to feature during her vetting by Parliament, which in the court of public opinion, has been relegated to an appendage of the executive and is not expected to subject Koome to intense scrutiny as were her predecessors – David Maraga and Dr Willy Mutunga. Both were fiercely independent to the discomfort of the executive.

Dr Mutunga and Maraga restored some credibility to an institution that was derided with the phrase: “Why hire a lawyer when you can buy a judge?”