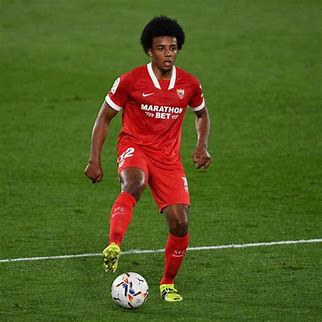 Chelsea boss Thomas Tuchel could be in danger of losing out to Barcelona for the second time this summer, with Jules Kounde jetting off to Portugal instead of arriving in London to complete his medical. The Blues came close to signing Raphinha from Leeds United earlier this month before La Blaugrana swooped in to hijack the deal.

The Kounde transfer saga has encountered twists and turns not just this summer, but also back in January. Seven months ago, only Chelsea were brave enough to try and convince Sevilla to do business mid-season, and despite going close, the Blues walked away after learning that paying his £68 million release clause was the only way to make it work.

The player’s price tag is now more appealing after running down another chunk of his contract, and Chelsea are reported to have agreed a fee in the region of £55 million. Personal terms are also believed to be a formality, but Barca’s lingering presence threatens to throw a spanner in the works in similar fashion to the Blues’ agonising Raphinha near-miss.

Having reportedly instructed the player to stall until they find the money to make an offer of their own, La Blaugrana have been given a positive sign as Kounde flew to Portugal on Thursday to join up with Sevilla’s pre-season tour.

The 23-year-old was originally left behind while his move to Chelsea progressed, and The Sun claim that he ‘surprised’ many of his team-mates by turning up to catch the bus. It’s not all doom and gloom for the Blues, however, as a source added: “It is still highly likely he will join Chelsea. Everybody was stunned when Kounde turned up for the bus to Lagos. But he feels he should be a ‘professional’ while still a Sevilla player.”

Sevilla are thought to be happier dealing with a club from abroad, rather than a La Liga rival, when selling one of their prized possessions. That would seem to give Chelsea the upper hand, despite rumours that Kounde would secretly prefer a switch to the Camp Nou.

The defender has been virtually ever present over the past three seasons for Sevilla, racking up 44 appearances across all competitions last term as they finished fourth, losing just four matches in the league. Height concerns in centre-backs have been a hot topic of conversation since Manchester United signed Lisandro Martinez, and at 5-foot-10-inches, Kounde is another that would slot into the smallest bracket.

But his defensive capabilities and athleticism allow him to feature in the centre or on the right-hand side of defence, making him a perfect fit to slot into Thomas Tuchel’s back three at Stamford Bridge. Chelsea have already lost key defenders Antonio Rudiger and Andreas Christensen this summer, with Kalidou Koulibaly so far the only confirmed signing at the back.

“You always need to find the balance between protecting the path for the guys from the academy and for being able to win,” said Tuchel during pre-season. “It also doesn’t help a young player just to rely on him, and he can’t deliver in the first weeks the level that we expect from him, and the fans expect. That would help nobody.

“Trevoh [Chalobah] came here as a loan player, and I didn’t know him very well, but he stepped up after five or six weeks of pre-season and was reliable.”

He’s not at sell-by date, why Arsenal loan returnee Saliba has Gunners’ fans cooing over the centre-back