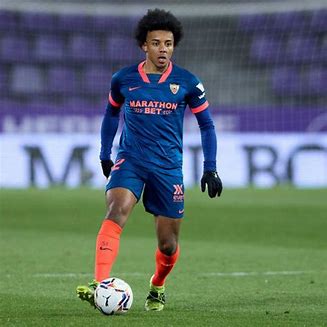 Jules Kounde has taken to Instagram to share a cryptic post about ‘achieving your dreams’ as Chelsea and Barcelona continue to scrap for his signature. The Sevilla centre-back is the subject of strong interest from both clubs, although the Blues are currently the highest bidders at £55 million.

Once again, Sevilla have demonstrated their exceptional recruitment drive as they look to overturn significant profit with the sale of the 23-year-old.

Kounde was snapped up from Bordeaux back in the summer of 2019 when he cost a mere £21.2 million. Now Sevilla are looking to drive an auction that will see him comfortable become the club’s record sale.

The France international defender has since taken to Instagram to break his silence on the ongoing saga, hinting he wants to pursue a new challenge next season. He shared a clip from an interview with actor Denzel Washington, who discusses in detail the importance of fulfilling dreams and aspirations.

Washington says in the clip, “Dreams without goals are just dreams and ultimately, they fuel disappointment.

“On the road to achieving your dreams, you must apply discipline.”

Kounde accompanied the video with a plate and brain emoji – which could be translated to the saying; food for thought.

Initially, Kounde was left out of Sevilla’s 31-man squad that travelled to Lagos, Portugal to face Angers in a friendly. Although later in the day, the centre-back did in fact join up with his team-mates following a surprisingly late U-turn.

Chelsea have been in pole position to sign Kounde and even sent over the relevant documents to Sevilla to complete the deal earlier this week.

But since then, Barcelona have seemingly been working away behind the scenes to formalise an official offer. Sevilla are keen to hand Barca the opportunity to match Chelsea’s highest offer to bolster their potential profits.

Reports in Spain suggest the Catalan giants are somehow readying a bid from their never-ending transfer budget, despite their recent financial struggles. Personal terms are not expected to be a problem for Chelsea, although Kounde could have a decision to make if both clubs agree on a fee.

Thomas Tuchel is hellbent on landing the player, who he tried to sign later summer when Chelsea offered £42.5 million in August 2021.

Now they’re prepared to go even higher after putting £55 million down on the table with Sevilla ready to agree to a sale as they await Barcelona’s response.

Cristiano Ronaldo: From hot cake to unwanted brand, iconic player may have overstayed his welcome