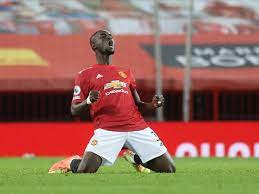 Manchester United defender Eric Bailly is attracting interest from Jose Mourinho at Roma. But Bailly has told United he wants to fight for his place after Napoli enquired earlier in the window.

However, United are open to offers as they look to offset their summer spend, including the £46 million spent on defender Lisandro Martinez from Ajax. They may still need to spend more this summer, with uncertainty over Cristiano Ronaldo’s future meaning United could be left short on forwards as they head into next season.

Man United is ready to accept about £10 million, according to reports. Bailly has made 113 appearances since joining Old Trafford in 2016, but has struggled to nail down a place and often been derided for his inconsistency.

The 28-year-old has fallen down the pecking order at Old Trafford and his first team opportunities look to be as few and far between as ever in the forthcoming season.

Harry Maguire, Raphael Varane, Victor Lindelof and new signing Lisandro Martinez will all be picked ahead of the Ivorian in the middle of defence. Thus, Bailly looks likely to move on. He has been hampered by injuries in recent years, and failed to pass five league appearances in two of his last three seasons.

If Bailly was to move, the Ivory Coast international could join his former Manchester United teammate Chris Smalling, who has established himself as an important player at the Stadio Olimpico. He was especially impressive in the Europa Conference League final last season, which Roma won.

Mourinho was in charge of United when Bailly arrived at Old Trafford in 2016 and played more in that first season under the Portuguese than in any other campaign since then.

According to The Mirror the Roma boss could get his man for less than £10 million as United look to clear out a number of fringe players under new manager Erik ten Hag.

It would represent a huge loss on the defender who they paid around £30m for in 2016 and has made just 113 appearances for the club in all competitions in six seasons.

Ten Hag wants to make more additions to his first team squad before the start of the Premier League season and wants rid of a few players who he does not see as part of his plans.

Bailly is one of these men who are surplus to requirements, along with the likes of Phil Jones, Aaron Wan-Bissaka and Axel Tuanzebe.