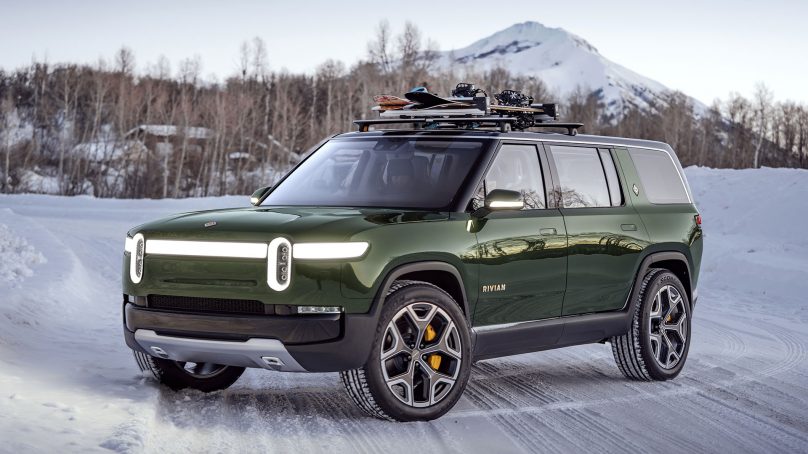 Electric vehicles are here, and they are essential for decarbonising transport. The United Kingdom, California, the European Union, Canada and others plan to phase out the sale of fossil-fuelled vehicles as early as 2030 – Norway plans to do it sooner.

Consumers are interested. In May, the Ford Motor Company unveiled an all-electric version of its best-selling pick-up truck, the F-150 Lightning. By August, so many customers had reserved one that Ford doubled its initial production target.

On September 27, the company announced that it will spend billions of dollars to build battery factories and an electric-truck plant in the United States. Other companies are expanding their production, too.

Major investments in electric vehicles are welcome news. The sector has come a long way, but many challenges lie ahead. One issue that has received too little attention, in our view, is the increasing weight of vehicles. Pick-up trucks and sport utility vehicles (SUVs) now account for 57 per cent of US sales, compared with 30 per cent in 1990.

The mass of a new vehicle sold in the United States has also risen – cars, SUVs and pick-up trucks have gained 12 per cent (173 kilogrammes), seven er cent (136 kg) and 32 per cent (573 kg), respectively, since 1990. That’s equivalent to hauling around a grand piano and pianist. Similar trends are seen elsewhere in the world.

Electrifying vehicles adds yet more weight. Combustible, energy-dense petroleum is replaced by bulky batteries. And the rest of the vehicle must get heavier to provide the necessary structural support1. The electric F-150 weighs 700 kg more than its petrol-powered predecessor. Smaller electric cars are heavier than their petrol equivalents, too.

Why does this matter? First and foremost is safety. The likelihood of passengers being killed in a collision with another vehicle increases by 12 per cent for every 500kg difference between vehicles. This added risk wouldn’t apply if everyone drove cars of similar heft. But until they do, the number of casualties in crashes is likely to increase as heavy electric vehicles join lighter existing fleets. Pedestrians will also be at risk. If US residents who switched to SUVs over the past 20 years had stuck with smaller cars, more than 1,000 pedestrian deaths might have been averted, according to one study.

Heavier vehicles also generate more particulate pollution from tyre wear. They require more materials and energy to build and propel them, adding to emissions and energy use.

How big a problem is this extra weight? A rough comparison between mortality costs and climate benefits shows that it is significant. Under the energy systems operating in most countries today, the cost of extra lives lost from a 700kg increase in the weight of an electrified truck rivals the climate benefits of avoided greenhouse-gas emissions.

Two main factors are at play: the battery’s weight and supports as well as the cleanliness of the electricity grids it is charged from. In calculating the cost of the extra weight, we used the US Department of Transport’s value of $11.6 million per avoided fatality.

The cost–benefit trade-off holds even if we assume that the social cost of emitting one tonne of carbon dioxide is high, around $150; lower values, such as $50, reduce the estimates for climate benefits. Admittedly, it’s an oversimplification. Realistic cost–benefit analyses for electric vehicles require the evaluation of many other factors. These include the costs from injuries in collisions, the health benefits from cleaner air and the life-cycle impacts of different car designs.

As time goes on, cleaner grids will strengthen the case for electric vehicles. Some countries with lots of clean electricity sources, such as Norway, are already at a point at which electrifying a truck has more climate benefits than safety costs. Others, including the United States, must keep on the path to net-zero electricity systems (see ‘Cost–benefit calculus’).

Yet without addressing the weight issue, the benefits for society of going electric will be smaller than they could be in the next decade. Here’s what we think researchers, policymakers and manufacturers need to do to address the issue.

Basic economics tells us that activities that impose costs on others should be taxed. Setting registration charges on the basis of vehicle weight can discourage heavy vehicles and encourage light ones. Collecting weight-based charges also addresses another looming problem for governments – lost revenue from forgone petrol and diesel taxes as more electric vehicles hit the roads.

That’s potentially a lot of money. In 2019, US federal, state and local governments collected more than $112 billion in fuel taxes. Several states have already started levying fees on electric-vehicle owners, in the range of $50–200 per year, to recoup some of that lost tax. It’s fair, they argue, because fuel taxes cover part of the costs of road infrastructure, which electric-vehicle drivers use, too.

Varying such charges by weight would maintain revenue while incentivizing people to choose vehicles that are more energy efficient and impose fewer social costs4. It would also reduce other emissions from materials production and manufacturing.

Adding travel distance to the fee would also incentivise people to drive less. Oregon is piloting such a programme, giving owners the option to base their registration fees on the distance they drive in a year (at a rate of roughly 1.1 cents per kilometre) in lieu of fixed annual fees. Travel data can be collected by on-board devices; some insurance companies already offer policies that are based on total mileage and other driving habits.

Batteries now cost 90 per cent less than they did ten years ago. And their energy density has more than tripled5 since lithium-ion batteries were introduced in 1991. Yet most of the gains in battery technology have gone to increase the distance an electric car can travel in a single charge, and to boost the car’s power. Over the past decade, for example, Nissan has brought to market a long-range version of its flagship Leaf electrical vehicle, with triple the range (364 kilometres) and double the horsepower (214 hp). But its weight has grown, too, by 14 per cent, to 1,749kg.