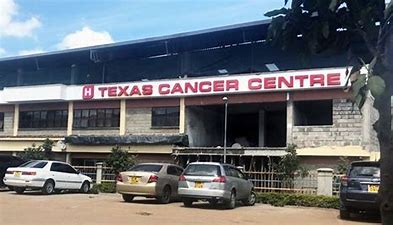 From the dreadful prostate, liver, duodenum, lymphoma, skin, bone, breast, lung, kidney, throat and other malignant cancers, the disease is spreading in Kenya like bonfire. And it’s not only affecting the urbanites, the villagers are not also spared.

Evidence of cancer scourge can be seen as you visit major hospitals like the Agha Khan, Nairobi West, Mater, Nairobi Hospital, Kenyatta Hospital and county hospitals too. And the only cancer specialty facility in Nairobi flooded with the poor of the poor, the famous Texas Hospital in Hurlingham, Nairobi, is the sorry state of tales as patients get their chemotherapy treatments while sitting on benches, most getting several chemo cycles at one go, most of them vomiting and looking fragile.

Oblivious to what is going on, is a string of hematologists, urologists, neurologists and oncologists minting millions from seriously sick cancer patients, mostly misdiagnosed from unrelated ailments, with months of attending doctor visits and parting with Ksh5,000 ($50) for a four-five minutes consultancy fee. Outside the doctors’ office is a reception area crowded with tens of cancer-dying Kenyans, hopeful to get a treatment solution to curb the ailments that is afflicting them.

On average, a doctor will collect over Sh100,000 ($1,000) in about an hour, before he hurriedly rushes to several other make-shift offices, after spending two hours in a government hospital. From their offices strategically located from KMA Building in Nairobi, to other highrise buildings at Hurlingham on Valley Road and other posh, these so-called consultants are an eyesore to thousands of cancer patients seeking their medical advice, most of whom are in a hurry to finish up with a patient so they can clear out the backlog of patients waiting at the reception area.

To claim that Kenyan doctors are a bunch of professionals waiting to exploit the sick and the most vulnerable patients in our society, is not an understatement. The hollow-eyed look of cancer patients they professionally neglect with fake diagnosis doesn’t make them shamelessly twitch an eye.

On my week-long visit to India to visit a close friend misdiagnosed by a senior hematologist and oncologist at one of a major hospital and university, his almost two pages of resume has been a magnet to many desperate patients looking up for his help.

A bone marrow biopsy, whose results take between 21-30, took about five minutes in his questionable lab manned by a money-hungry technician.  While for months he has been treating the poor man for a form of blood cancer, advising him to get a series of blood transfusions every two weeks, his family got fed up: they sought a second opinion from other professional in India.

After tests and tests at an India hospital, it was determined that the main source of his pain, swellings, weight loss and water retention was carcinoma prostate cancer. After about five weeks of surgeries and intensive treatments, my dear old friend miraculously came out of the woods: as fit as a dodo.

Interestingly enough, it’s now proven that Kenyan doctors are colluding with Indian hospitals and doctors to ship as many cancer patients from Kenya, as they get a 10 per cent commission from the total bill paid by the poor patients. And because Kenyans have lost trust in them, Kenyan doctors are now making suspicious and unbelievable arrangements to make Kenyans complete their chemotherapy at Nairobi hospitals, so that they can underdose or even dilute the medicine bought from Indian hospitals and innocently taken in custody by Kenyan doctors.

No doubt that the medical profession has become the talk of town by Kenyan patients who have had to narrate their experiences with Kenyan doctors. Stories of greed, lack of professional ethics and money worship has bedevilled one of the most respected careers that so many wished they had chosen.

On my other visit to International Patient Lodges of Adyar Cancer, Fortis, Max Healthcare, Apollo, BLK Specialty hospitals, I met several patients with gory details of how they spent millions of shillings in Kenyan hospitals only to learn later that they were being treated for the wrong disease.

Met this lady from Webuye who had brought her sister who had Stage Four liver cancer. A Kenyan doctor drilled a hole in the liver and by the time they sought for a second opinion in India, the liver was so infected that the hospital couldn’t touch her. She was given to take home to die.

Another lady was treated for breast cancer for two years and after the doctor had had enough of her, pocketing millions, she advised her to just go home and enjoy her last days in the comfort of her rural home. Today, she has been treated and just completed her last chemo. And this guy whose spleen had swollen underneath his chest a renowned doctor concluded it must be uprooted.

On arrival and after numerous tests, he was given drugs to shrink the spleen while awaiting bone marrow transplant. And the list is long from a string of Kenyans who felt they were being taken for a ride by doctors in Kenyan, only to discover that the cancer cells had been spreading while they were being treated for the wrong ailments.

And surprisingly, every time a Kenyan doctor visits India, he or she is coming to pick up his or her cut, which cannot be sent to her otherwise hospitals could be charged in court for money laundering. A treatment plan for bone marrow transplant ranges from Ksh3.5 million ($35,000) to Ksh5.5 million ($55,000). Just take a 10 per cent discount and discover how much they make by simply referring a patient to Indian hospitals.

Medical brokers are everywhere in Kenya and India. There is a company that arranges for your travel from passport and visa processing to hospital and hotel stay, all for huge fee. Things you can do by yourself. We have Kenyans here who hung around hospitals and once you have a chit chat with them, they rush to the administration claiming they referred you there, only to learn later that all medicine, ward, tests and services you receive have their fee topped up, running into hundreds of dollars.

It is important to note that you can save lots of money by making arrangements directly with the marketing department of these hospitals and requesting they give you a 10 per cent discount out during discharge. That’s what I did for my friend: I made all arrangements for him and during discharge in some weeks to come, he saved almost Rs300,000 (Ksh450,000).

Admirably so, there are a group of Kenyan women seniors who have beaten the odds by encouraging their Chama members to visit especially Apollo Indraprastha Hospital for full body check up every year, instead of relying on Kenyan hospitals, and the impact has been interesting. Out of the twenty or so, half of them is given a clean bill of health, while the rest are left behind to treat some potential issues thus discovered.

These knowledgeable women have gone beyond buying water tanks and household utensils to improving their health. There is always a group of twenty women ranging between 50 and 75 years old who visit India twice or thrice a year, with a known Kenyan broker milking them to the toe. I am told Kenyan hospitals and doctors are mad with them. Very soon, Kenyans, God forbid, will be seeking treatment from less expensive, service-oriented hospitals abroad, leaving homegrown medical facilities in limbo.

If the current attitude of Kenyan doctors towards their patients doesn’t change, if the tip of their greed is not cut in the bud, majority of Kenyans who wallow in poverty, and forgotten and neglected by their own government, the cancer menace will wipe us out faster than HIV Aids did over twenty years ago.

But I commend a few, just a few Kenyan doctors who treat their patients not like bundles of notes, but like human beings as their professional ethics demand.

President Uhuru Kenyatta was right when he told Kenyan doctors they won’t get a penny from his government since they spend only two hours working in government hospitals while most of the time, they are minting thousands from poor patients who cannot get enough to eat.