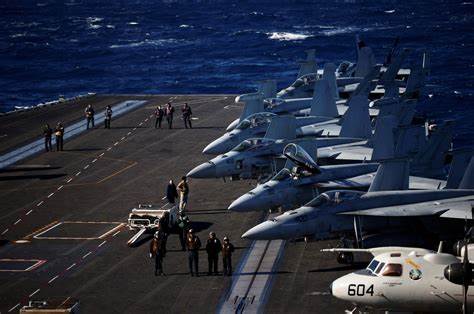 Oh, how I envy Liz Truss her opportunity! Oh, how I regret her utter failure to make use of it! For those who have never heard of her, Truss is the lightweight British foreign secretary who went to Moscow this week to tell her Russian counterpart, Sergey Lavrov, that his country should not invade Ukraine.

This trip was not a success. At a glacial press conference, he likened their conversation to “the mute” speaking with “the deaf”; later, he leaked the fact that she had confused some Russian regions with Ukrainian regions, to add a little insult to the general injury.

Lavrov has done this many times before. He was vile to the European Union’s foreign-policy chief, Josep Borrell, last year. He has been unpleasant at international conferences and rude to journalists. His behavior is not an accident.

Lavrov, like Russian President Vladimir Putin, uses aggression and sarcasm as tools to demonstrate his scorn for his interlocutor, to frame negotiations as useless even before they begin, to create dread and apathy.

The point is to put other diplomats on the defensive, or else to cause them to give up in disgust.

But the fact that Lavrov is disrespectful and disagreeable is old news. So is the fact that Putin lectures foreign leaders for hours and hours on his personal and political grievances. He did that the first time he met President Barack Obama, more than a decade ago; he did exactly the same thing last week to French President Emmanuel Macron.

Truss should have known all of this. Instead of offering empty language about rules and values, she could have started the press conference like this:

Good evening, ladies and gentlemen of the press. I am delighted to join you after meeting my Russian counterpart, Sergey Lavrov. This time, we have not bothered to discuss treaties he won’t respect and promises he won’t keep.

We have told him, instead, that an invasion of Ukraine will carry very, very high costs – higher than he has ever imagined. We are now planning to cut off Russian gas exports completely – Europe will find its energy supplies somewhere else.

We are now preparing to assist the Ukrainian resistance, for a decade if need be. We are quadrupling our support for the Russian opposition, and for Russian media too. We want to make sure that Russians will start hearing the truth about this invasion, and as loudly as possible. And if you want to do regime change in Ukraine, we’ll get to work on regime change in Russia.

Truss, or Borrell before her, could have added just a touch of personal insult, in the style of Lavrov himself, and wondered out loud just how it is that Lavrov’s official salary pays for the lavish properties that his family makes use of in London. She could have listed the names of the many other Russian public servants who send their children to schools in Paris or Lugano.

She could have announced that these children are now, all of them, on their way home, along with their parents: No more American School in Switzerland! No more pied-à-terres in Knightsbridge! No more Mediterranean yachts!

Of course, Truss – like Borrell, like Macron, like the German chancellor who is headed for Moscow this week – would never say anything like this, not even in private. Tragically, the Western leaders and diplomats who are right now trying to stave off a Russian invasion of Ukraine still think they live in a world where rules matter, where diplomatic protocol is useful, where polite speech is valued. All of them think that when they go to Russia, they are talking to people whose minds can be changed by argument or debate. They think the Russian elite cares about things like its “reputation.” It does not.

In fact, when talking to the new breed of autocrats, whether in Russia, China, Venezuela, or Iran, we are now dealing with something very different: People who aren’t interested in treaties and documents, people who only respect hard power.

Russia is in violation of the Budapest Memorandum, signed in 1994, guaranteeing Ukrainian security. Do you ever hear Putin talk about that? Of course not. He isn’t concerned about his untrustworthy reputation either: Lying keeps opponents on their toes. Nor does Lavrov mind if he is hated, because hatred gives him an aura of power.

Their intentions are different from ours too. Putin’s goal is not a flourishing, peaceful, prosperous Russia, but a Russia where he remains in charge. Lavrov’s goal is to maintain his position in the murky world of the Russian elite and, of course, to keep his money. What we mean by “interests” and what they mean by “interests” are not the same. When they listen to our diplomats, they don’t hear anything that really threatens their position, their power, their personal fortunes.

Despite all of our talk, no one has ever seriously tried to end, rather than simply limit, Russian money laundering in the West, or Russian political or financial influence in the West. No one has taken seriously the idea that Germans should now make themselves independent of Russian gas, or that France should ban political parties that accept Russian money, or that the UK and the US should stop Russian oligarchs from buying property in London or Miami.

Now we are on the brink of what could be a catastrophic conflict. American, British, and European embassies in Ukraine are evacuating; citizens have been warned to leave. But this terrible moment represents not just a failure of diplomacy; it also reflects a failure of the Western imagination, a generation-long refusal, on the part of diplomats, politicians, journalists, and intellectuals, to understand what kind of state Russia was becoming and to prepare accordingly.