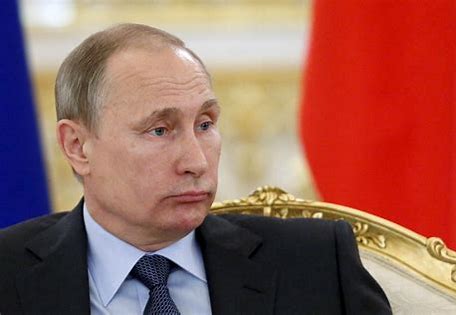 Human rights campaigner Lord Alton of Liverpool told the House of Lords how the Russian military is stealing Ukrainian grain, destroying the country’s agricultural infrastructure and blockading its ports on the Black Sea, preventing exportation via that route.

Meanwhile, 400 million people are said to be dependent on grain imported from Ukraine, sometimes referred to as “the breadbasket of Europe”. Among those worst affected by the blockade are those in the Horn of Africa.

Lord Alton said, “The war’s effects reverberate around the world: food price inflation and supply disruptions from the war in Ukraine has left millions in Africa especially vulnerable to famine and starvation.”

He added, “Today, in a mirror image of Stalin is Putin, who is committing food terrorism by purposefully destroying Ukraine’s agricultural infrastructure, stealing Ukrainian grain and agricultural machinery, while last week we saw vivid footage of his militias setting fire to fields, scorching the earth and reducing crops to ash.

“Along with the blockading of ports, this is using food as a weapon of war, a war crime.

“The weaponising of mass hunger is straight out of Stalin’s playbook.”

Lord Alton noted the scale of Russia and Ukraine’s role in global supplies is “phenomenal”, with Ukraine exporting food products worth £25 billion last year. However, in the five months since Russian forces invaded Ukraine, the country’s agricultural industry has been decimated.

In 2021, Ukraine collected 107 million metric tonnes of grain, but this year had managed to thresh just 3.6 million so far.

Meanwhile, the World Food Organisation has warned of an “unprecedented hunger challenge”, with 345 million people in 82 countries facing acute food insecurity, up from a total of 276 million people at the start of the year.

There are now 50 million people in 45 countries on the verge of famine and 880,000 already living in famine-like conditions in East African countries like Ethiopia, Somalia and South Sudan, as well as in Afghanistan and Yemen.

Baroness Smith of Newnham added that people in Ukraine itself are also suffering great food insecurity, especially the 12 million displaced people. She warned of the problem of “compassion fatigue” whereby the amount of aid sent depreciates over time as attention on the war decreases.

Lady Smith said: “Those shortages are being compounded by a sense of perhaps compassion fatigue.

“Two letters I’ve received ahead of this debate are from charities, Caritas in Lviv and Kaganiec charity in Poland.

“And that charity (Kaganiec) said at the start of the crisis, ‘we were able to take a truck a week of food into Ukraine, and then we built it up to two trucks a week and then in the first half of May we went 10 trucks.’”

Several peers also criticised the Government’s decision to cut its international aid budget from 0.7 per cent to 0.5 per cent.

Meanwhile, former Tory MEP Lord Hannan of Kingsclere urged peers not to equate food security with self-sufficiency, arguing that to reach for protectionism in response to this crisis would be “the worst possible response”.

He told peers that diversifying sources makes a country more immune to shocks, pointing out that North Korea is the most self-sufficient country in the world, and Singapore the least.

Foreign Office minister Lord Ahmad of Wimbledon assured the upper chamber that the UK was working with multilateral organisations to help Ukraine and those affected by food insecurity in the Horn of Africa.

He said, “I am proud of the fact that our government stands through its commitments to the people of Ukraine, whether it’s on the economy, whether it’s through humanity and the humanitarian support but also diplomatically and militarily.

“It is important that this war ends, it’s in Russia’s hands to end it. But in the meantime, we will continue with our obligations and support including in east African countries, the Horn of Africa, to ensure that after a fourth consecutive season of failed rains we continue to have decisive, coordinated, bilateral, multilateral and swift action from the international community to avoid severe humanitarian outcomes.”