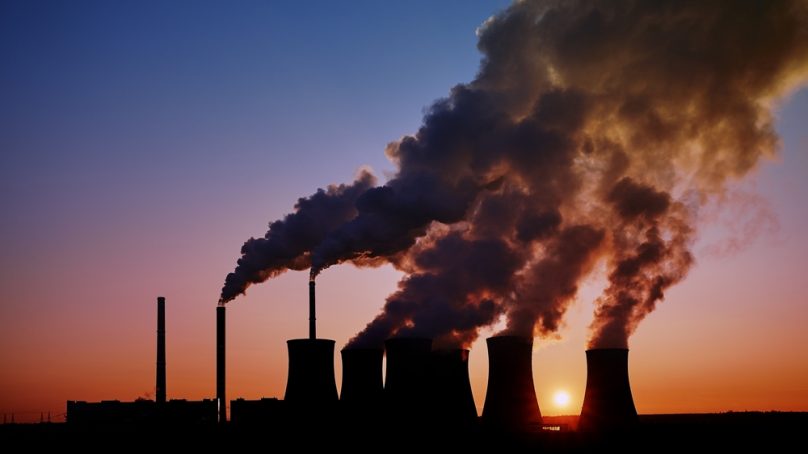 After rising steadily for decades, global carbon dioxide emissions fell by 6.4 per cent or 2.3 billion tonnes in 2020 as the Covid-19 pandemic squelched economic and social activities worldwide, according to new data on daily fossil fuel emissions.

The decline is significant – roughly double Japan’s yearly emissions – but smaller than many climate researchers expected given the scale of the pandemic, and is not expected to last once the virus is brought under control.

The United States contributed the most to the global dip, with a nearly 13 per cent decrease in its emissions, due mostly to a sharp decline in vehicle transportation that began with lockdowns in March and continued as the pandemic escalated at the end of the year.

Globally, the energy sector most affected by pandemic lockdowns and restrictions was aviation, where emissions fell 48 per cent from their 2019 total.

Researchers published emissions data for the first half of 2020 in October, but provided a complete set this week.

“The emissions decline is already less than what we expected,” says Zhu Liu, an Earth-system scientist at Tsinghua University in Beijing who co-leads the international Carbon Monitor programme that provided the data. “I imagine that when the pandemic ends, we probably will see a very strong rebound.”

Liu’s team is one of two that independently developed methods to track daily carbon emissions at the national and global levels during the pandemic. The other, part of the Global Carbon Project, published separate, partial data on daily emissions in December that are consistent with Liu’s team’s analysis. Both pulled information from various sources, including energy and weather reports, satellite-based observations and traffic data collected by vehicle-navigation systems in several hundred cities around the world.

The pandemic has provided a unique lens on the challenge that lies ahead for nations committed to fighting climate change. The United Nations Environment Programme estimates that the world would need to cut carbon emissions by 7.6 per cent per year for the next decade to prevent the globe from warming more than 1.5 ºC above pre-industrial levels – a goal set in the 2015 Paris climate agreement. Reductions on this scale would be even larger than 2020’s drop in emissions.

That 6.4 per cent dip occurred only because many parts of the world came to a forced standstill because of Covid-19. Without substantial collective action to curb emissions, 2020 will register as little more than a blip in the global carbon record, says David Waskow, who heads the international climate programme at the World Resources Institute, an environmental think tank in Washington DC.

“Historical experience would lead us to expect that we will return to our previous trajectory, and that means we need to do other things to cut emissions.”

The data from Liu’s team show sharp discrepancies in how the pandemic has altered economic activity in various countries. Early in the year, China experienced the largest reductions as it locked down its cities and industries to tame the initial spread of the coronavirus. But after the country brought the outbreak there under control, its economy and industrial output quickly recovered – the 2020 totals even outpacing results from 2019.

The United States saw its emissions drop by nearly 650 million tonnes and accounted for more than one-quarter of the global reduction in CO2 emissions. India followed, with a reduction of nearly 200 million tonnes.

Although global emissions are likely to bounce back, individual countries and sectors could experience long hangovers, says Glen Peters, a climate-policy researcher at the Centre for International Climate Research in Oslo, who is part of the Global Carbon Project. Industry is already bouncing back, for instance, but Peters says that the transport sector could take longer to recover.

“Even if Covid-19 gets sorted out, it’s not like everybody is going to waltz into the office on Monday,” says Peters.

Liu says his team is now examining hourly emissions trends for transport and electricity generation in the United States and Europe, as well as for some cities in Japan and China. So far, the researchers have identified changes in energy consumption associated with a massive increase in telecommuting: rush-hour traffic is down and electricity consumption is spread throughout the day, without massive peaks in the morning and evening when people wake up and get home from work.