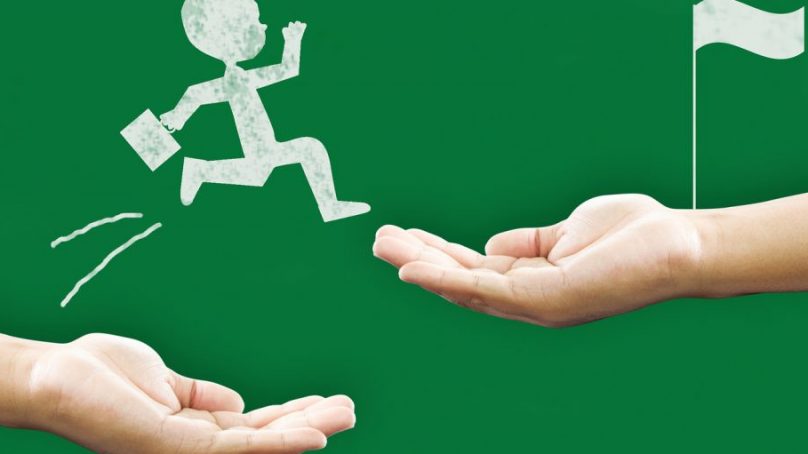 The World Health Organisation appointed economist Mariana Mazzucato to head its Council on the Economics of Health for All in 2020. Ms Mazzucato is one of the architects of the biggest international research-funding scheme in the world, Horizon Europe, which launched this month.

Her book Mission Economy is a timely and optimistic vision of how to fix the world’s “wicked problems” through directed public and private investment.

In two brilliant and accessible books published over the past decade, Mazzucato has established herself as a pre-eminent thinker, debunking myths about how markets function and offering options for more equitable economies.

In 2013’s The Entrepreneurial State, she demolished the perception of governments as bureaucratic, corrupt and unwieldy when compared with the supposedly dynamic, nimble and innovative private sector.

All that makes a smartphone ‘smart’ was the result of government-funded research, she pointed out; private agents invest in new areas only after governments have made the risky long-term investments.

In 2017’s The Value of Everything, Mazzucato challenged how we consider benefit. Corporations trading financial instruments, data, food or oil might present themselves as value creators but, in reality, many are extractors — destroyers, even — of true value.

A year ago, some found such ideas controversial. But the global experience of 2020 has shown just how much we have undervalued care and privileged finance, and how vulnerable this makes our economies and societies to pandemics and other disasters.

Now, Mazzucato brings these strands together to advocate a ‘mission’ approach to address society’s complex challenges and to transform capitalism, enabling a more just and sustainable trajectory. Mission Economy is a bold and persuasive call to action, reflecting an influence already felt in many policy areas.

The template for Mazzucato’s vision is the US Apollo astronaut programme of the 1960s, which resulted from president John F. Kennedy’s desire to outdo the Soviet Union in the race to space during the cold war. Apollo had the clearly defined goal of landing humans on the Moon within a decade.

Many Americans questioned this use of public resources for the space race rather than for addressing the needs of poor citizens back home.

It involved large numbers of people (around 400,000 workers) with various skills from different organisations.

It was fraught with risk, physical as well as financial: three astronauts died in one early test. It required unprecedented coordination across government departments in a range of policy fields, as well as private actors. Silos had to be broken and chains of command reorganised.

All of this was achieved because of political support from the top and because the goal captured the public imagination. Despite hiccups, the agencies involved gained sustained financial support, relative autonomy and organisational flexibility.

The mission was successful not just in achieving its stated goal of landing men on the Moon. It also generated many spill-over technologies, including camera phones, magnetic resonance imaging, solar panels and water-purification systems.

Missions inspire because of their wider societal relevance and they catalyse collaboration between sectors. Apollo demonstrated the need to encourage multiple solutions instead of focusing on one development path or technology.

Today, many challenges would fit the mission approach. Think of those identified in the United Nations Sustainable Development Goals – which come with 159 specific targets. Others include the digital divide, access to health care and, most of all, climate change.

These ‘Earthshots’ are much harder to accomplish than literal Moonshots. Why?

Because their goals are harder to define; they involve global commons such as air and water; and they are affected by social and political complexities within nations and in international collaboration, as well as competing interests and concerns about inequality and justice.

These offer different kinds of hurdles, not all of which are considered in the book. Therefore, they require even greater public ambition and commitment.

Missions need a new approach to governance, Mazzucato argues. “It is not about fixing markets but creating markets,” she writes. Public–private partnerships have focused on de-risking investment through guarantees, subsidies and assistance.

Instead, they should emphasize sharing both risks and rewards. For example, the US government’s investment in Elon Musk’s aerospace company SpaceX should get it a slice of the profits, to be used for the welfare of its citizens.

This would link creation of value to its distribution — what Mazzucato calls “pre-distribution” rather than redistribution. Successful examples include efforts in Sweden and the United Kingdom to make vibrant and healthy common urban spaces, and the Sustainable Europe Investment Plan that is part of the European Green Deal.

Consider how a mission approach would have changed global public-health interventions for Covid-19 vaccines and drugs. Could products developed by pharmaceutical companies with government financial assistance have been freely available to all, rather than paid for again by taxpayers and restricted by profit-making considerations?

The public research and development subsidies provided to US companies Pfizer and Moderna could have resulted in lower prices for their vaccines, as with the AstraZeneca shot developed in collaboration with the University of Oxford, the United Kingdom. And all vaccines could have been subject to compulsory patent licensing, enhancing production and making distribution easier across the world.

Power imbalances can determine the viability and success of the mission approach, and this requires explicit recognition at the national level. International cooperation must ensure that the global legal and institutional architecture (such as the World Trade Organisation, the International Monetary Fund and treaties and agreements) do not continue to shrink the national policy space and privilege the rights of corporations over people. This is implicit in Mission Economy, but it would need another book to unpack.

Mazzucato presents her arguments so simply and clearly that they can seem obvious. In fact, they are revolutionary. Rethinking the role of government nationally and in the international economy – to put public purpose first and solve the problems that matter to people – are now the central questions for humanity.